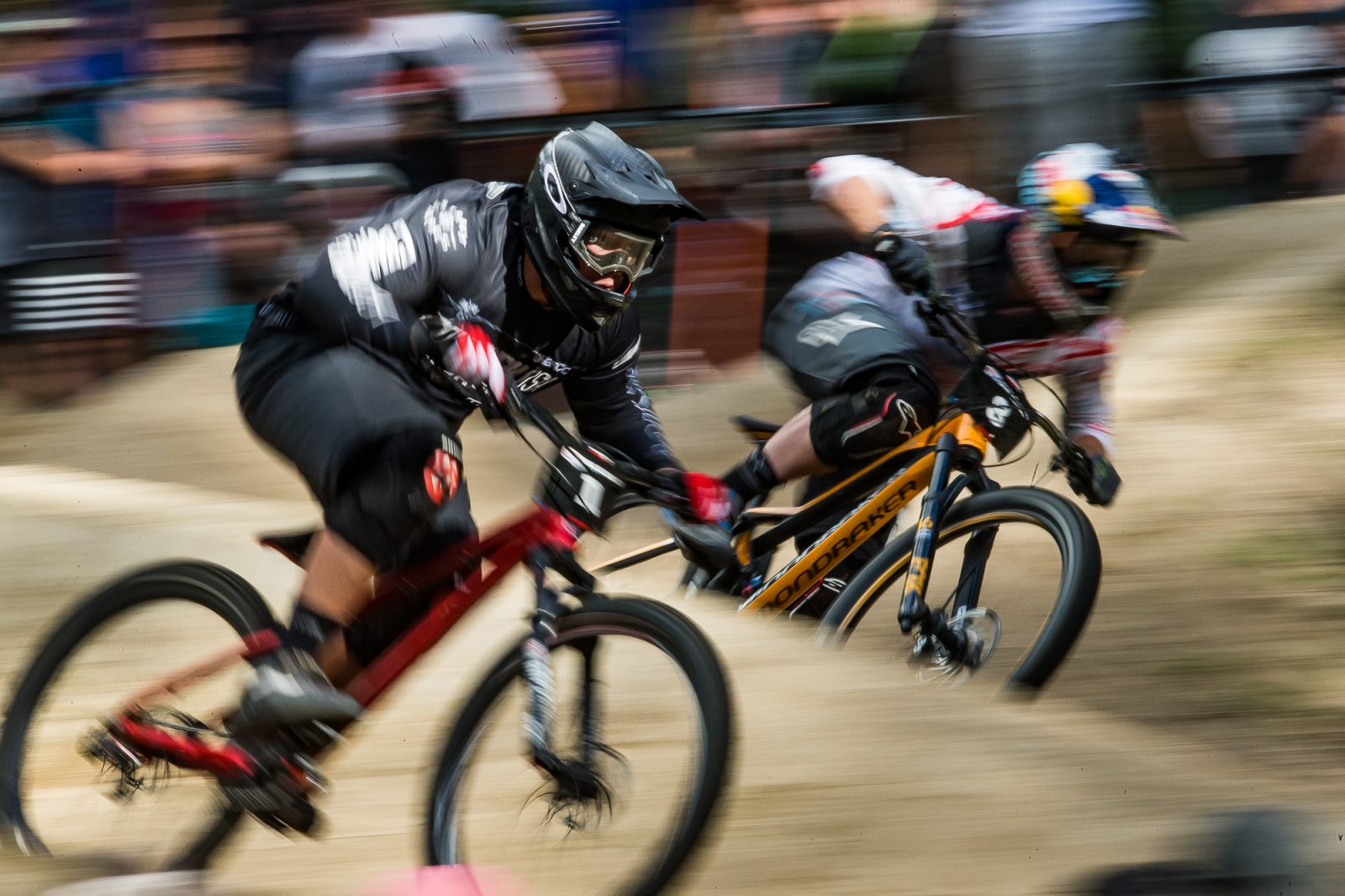 WHISTLER, B.C. January 15, 2019 – Multi-talented riders coming to play and the best in the world playing to win. It’s what makes Crankworx the ultimate experience in mountain biking. Heading in to 2019, another level is being added to the experience, with Dual Slalom now elevated to a Crankworx Championship discipline.

Dual Slalom will now be staged at all stops on the tour, with Crankworx Dual Slalom World Champions awarded at the end of the season.

The season’s battles all kick off in two months’ time as the Crankworx World Tour prepares for a raucous season of world-class competition and good times at three stops in 2019, including:

Slalom on the Rise

Dual Slalom’s gravity-fed berms, jumps and rollers level the field, pitting riders with different strengths and specialties against one another. It also opens the doors to more competition for all Crankworx athletes, with categories for pro and amateur men and women, as well as young racers.

“In a way, it represents what Crankworx is all about,” says Darren Kinnaird, Crankworx World Tour General Manager.  “It’s a simple, raw format that brings out riders from across the spectrum of mountain bike disciplines and ability. We added our first Dual Slalom competitions outside Whistler last year and they absolutely went off.”

“Slalom combines almost everything that I enjoy. Head-to-head racing,  jumping and berms, all on a shortened course that fans can see,” says Kyle Strait (USA), who’s been competing at Crankworx since it began in 2004, has won both Red Bull Joyride and Red Bull Rampage, and is riding as strong as ever. He podiumed at each Crankworx Dual Slalom event in 2018, finishing the season on the top step in Whistler. “I’ve been racing Slalom since the late ‘90s and it’s always been a great event for me.”

The new championship discipline will lead the way in 2019, with the 100% Dual Slalom Rotorua kicking off international competition season, and the fifth year of Crankworx Rotorua.

Come Friday, the festival schedule gets next-level. Some of the most eagerly anticipated events hit the dirt back-to-back-to-back, for a weekend the likes of which hasn’t been seen before.

This picturesque destination continues to solidify its reputation on the international circuit. Now the only European stop on the Crankworx World Tour, all eyes will be on Innsbruck come June to see how the battles that kicked off in Rotorua play out, and how the stage will be set heading in to Whistler. Following on the heels of UCI World Cup DH racing in Leogang, the world’s best are expected to flock to Crankworx Innsbruck for its world-class courses, great vibe and unequalled setting.

The 100% Dual Slalom Innsbruck will make its debut in 2019, with course details expected to roll out in the weeks leading up to the festival. Also returning: riders’ favourite courses for Crankworx Innsbruck Slopestyle and Mons Royale Speed & Style Innsbruck, tight action from the RockShox Innsbruck Pump Track Challenge, rough and raw battles in the iXS Innsbruck Downhill presented by Raiffeisen Club, and arguably the most scenic Whip Off contest in the world, the Official European Whip-Off Championships presented by SPANK.

For those looking for another way to get in on the action, volunteer registration for Crankworx Innsbruck is now open: https://www.crankworx.com/innsbruck/volunteers

The festival that started it all, Crankworx Whistler is where the season reaches its boiling point. Limits are tested. Envelopes are pushed. Champions are crowned. The game is changed.

In 2018, the competitions that played out at the season-ender festival reached a near-unbelievable next level.

Elation surged as Martin Maes (BEL) tasted sweet redemption, topping the podium in the Camelbak Canadian Open Enduro presented by Specialized. Danielle Beecroft’s (AUS) star rose as she unseated Queen Kintner in the 100% Dual Slalom Whistler. Disbelief was written across the face of Nicholi Rogatkin (USA) as he sank to the ground in the finish corral of Red Bull Joyride. Dropping in last, he out-scored the best in the world, winning the event and claiming the never-before-won Triple Crown of Slopestyle.

More details to come about what’s new for 2019 as the pilgrimage to Whistler begins for another year. 206 days and counting.

Looking forward, the Crankworx team is working to chart the best course for the future of the festival, and the sport. The door’s wide open for the next adventure for Crankworx and its athletes. Stay tuned to find out where in the world the trail will lead.