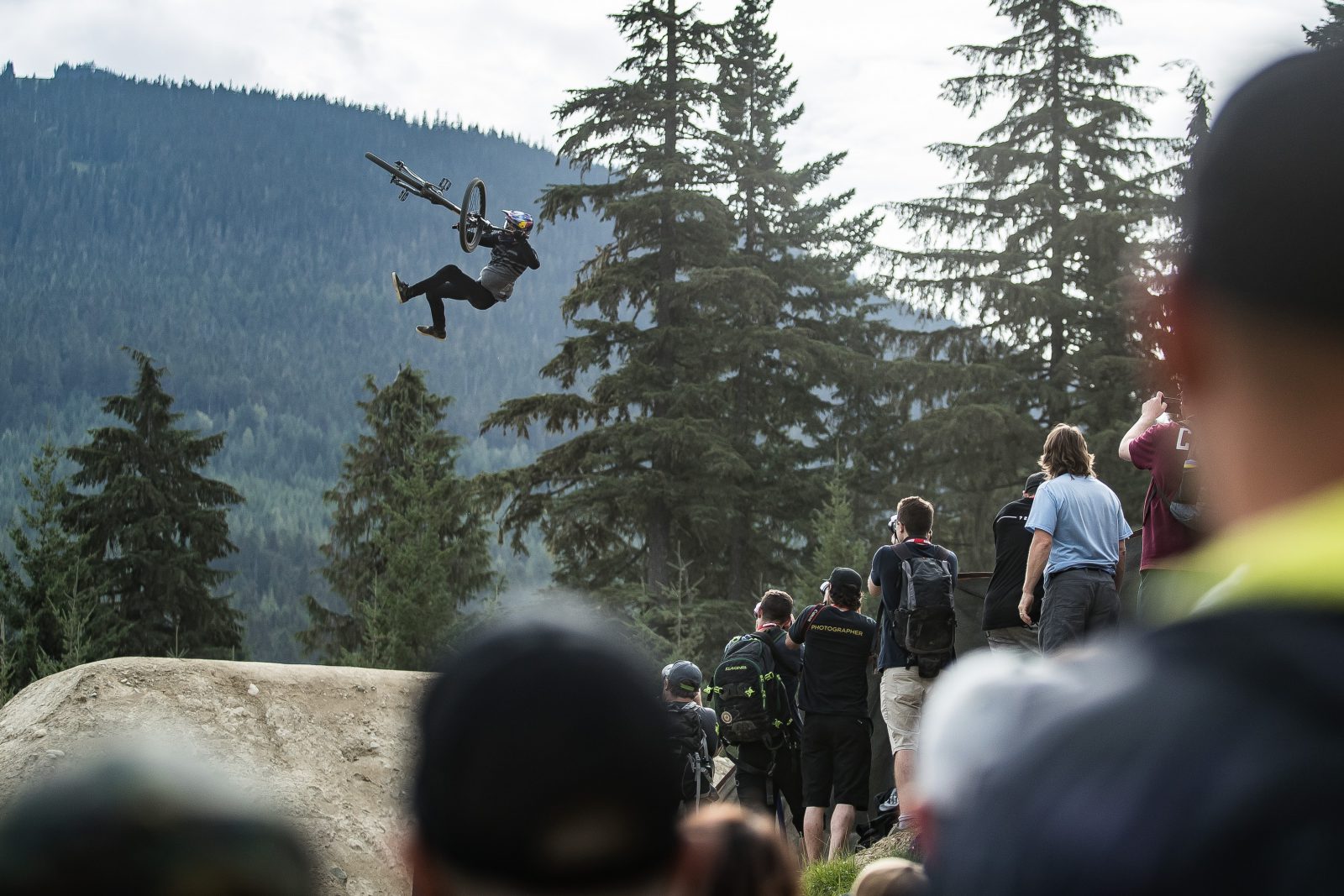 CRANKWORX ENTERS THE REALM OF THE EXTRAORDINARY IN 2018

FOR IMMEDIATE RELEASE
Wednesday, November 22, Whistler, BC – Mark your calendars, rally your mates, submit your time off requests, book your flights, and start dreaming up your Crankworx Fantasy rosters – the Crankworx World Tour is getting ready to launch into the unimaginable next season.

Some of the biggest changes to watch for in 2018 will be the addition of Dual Slalom competitions in both Rotorua and Les Gets, the all-new Redwoods Downhill, part of the first weekend of competition at Crankworx Rotorua, the reverse in order of Crankworx’s european double-header stops, queuing up Crankworx Innsbruck first, followed the next weekend by Crankworx Les Gets, slopestyle’s return to Saturday at three out of four Crankworx stops (Rotorua, Innsbruck and Whistler), expanded Women’s programming at all four stops, and 15th anniversary celebrations at the final, biggest and most iconic stop on the tour, Crankworx Whistler.

“Every year, at every stop, we listen to what athletes and fans are saying, then do our best to bring our events into alignment. That’s what makes Crankworx so unique,” says Crankworx World Tour General Manager Darren Kinnaird. “We’re a small, hands-on team at the centre of a global community of mountain bikers – a community that’s growing at an exponential rate. Small tweaks can really shape the festival, and the sport. Take the nighttime whip-off in Rotorua last year. We made the change last minute because of the weather, and it blew everyone’s minds. As soon as it was done we all looked at each other and said: “We have to do that again next year.” That’s what 2018 is all about. Evolution, progression and adaptation. Dreaming big and going bigger. The things our athletes are doing on mountain bikes are almost superhuman now. We want to make Crankworx a platform to showcase these heroes, reflect what’s happening in the sport and share it all with the world.”


Returning favourites in 2018 include the aforementioned starry sideways action of the Official Oceania Whip-Off Championships presented by Spank under the lights in Rotorua, the Crankworx Innsbruck Slopestyle presented by Kenda set against the epic backdrop of the Austrian Alps, the world’s best downhill track, as described by the athletes, at the Crankworx Les Gets DH in France, and the onslaught of the biggest events of the year in Whistler, including the Canadian Open Enduro presented by Specialized, Round Six of the Enduro World Series, and Red Bull Joyride.

Keep on top of all the latest from each location, and share the stoke with your friends, on the Facebook Event pages for Crankworx Rotorua, Crankworx Innsbruck, Crankworx Les Gets, and Crankworx Whistler.

With just 15 weeks ‘til the first Crankworx World Tour stop’s launch in New Zealand, organizers are already going full gas. Early-bird tickets go on sale December 1. For 2018, the event is more accessible than ever. Adult full event passes will be available for as little as $49NZD (plus booking fees) while Family passes for as little as $99NZD (plus booking fees). These prices will be available for purchase during the early bird sale in December, with prices increasing incrementally in the months leading up to the March event. Watch for details on Crankworx’s Facebook page Thursday, November 30.

As for Crankworx’s other World Tour stops, most events will, once again, be free of charge for spectators.

Not able to make the trek to see Crankworx live in 2018? Never fear. Crankworx will continue sending it from its festivals, to the world, through live coverage on crankworx.com. In 2017, 18 live webcasts covering a variety of disciplines across the Crankworx World Tour were produced, with no signs of slowing in 2018. Additionally, the quest for the Triple Crown of Slopestyle will be coming to you LIVE, and on demand, on all your devices exclusively on Red Bull TV and crankworx.com. For all the latest on everything bike related, including Crankworx slopestyle, stay tuned to redbull.tv/bike.

In the meantime, watch for initial schedules for each location to be updated on crankworx.com in the coming weeks, and stay tuned to Crankworx’s social channels (Instagram, Facebook and Twitter) for all the latest on ticketing, registration, broadcast times, and all the stories as they begin to unfold. And, most importantly, get stoked. #crankworxiscoming

Enter the Realm of the Extraordinary