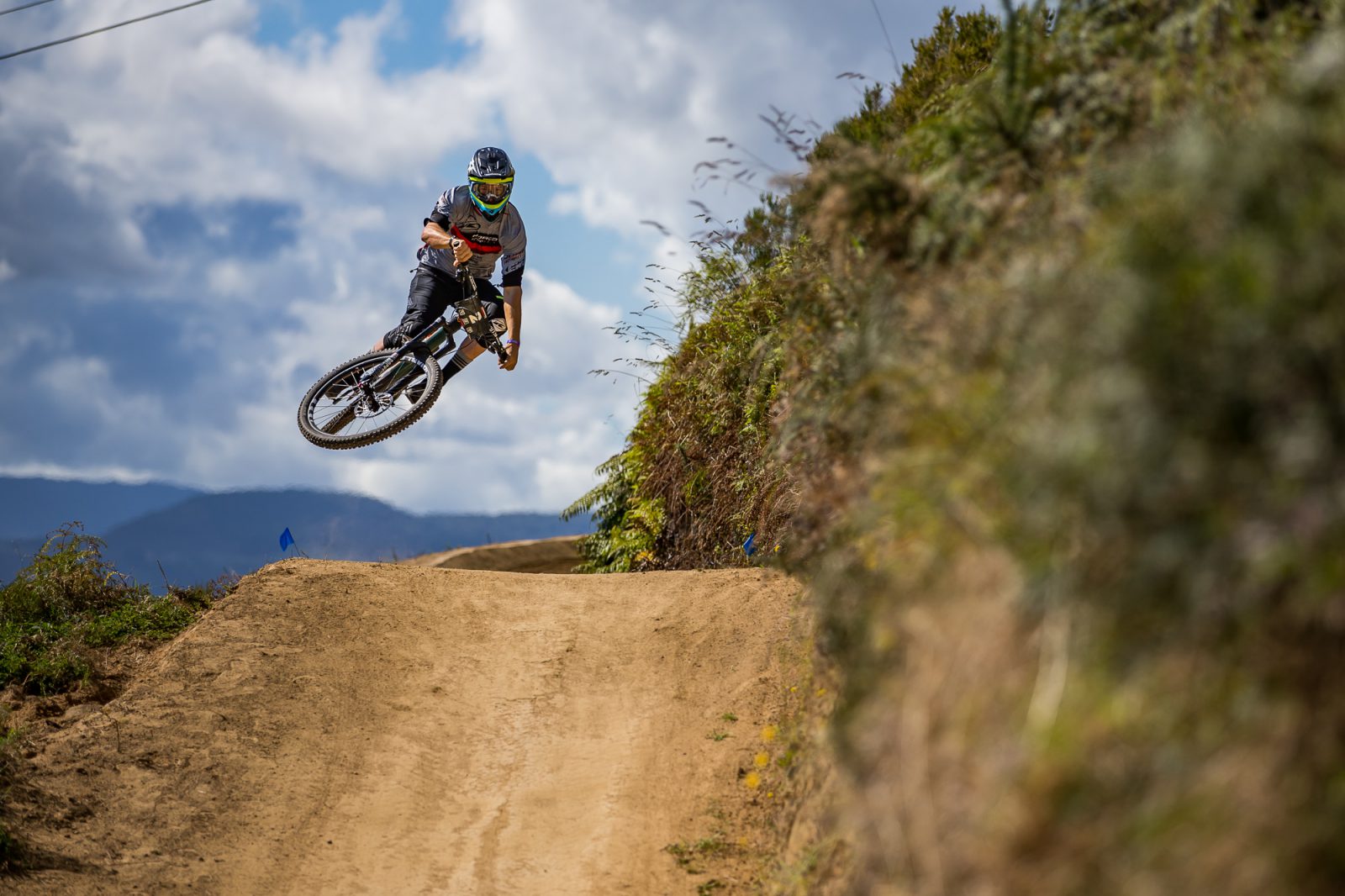 First international mountain bike competition of the season set to bring best in speed, style, and endurance together in New Zealand

The festival will bring together the best in the world in speed, style, endurance, grit, skill, and all-round radness. With the return of the Enduro World Series, the action is set to be next-level in 2019.

Here’s a list of who to watch for as another season of the ultimate experience in mountain biking gets rolling, along with the campaigns to be named King and Queen of the Crankworx World Tour and the battles for individual discipline supremacy.

Whose names are you likely to hear the most? Watch for these riders who’ll be rolling up to the start gate again and again. They truly embody what it means to be a “Crankworx athlete,” taking on a variety of disciplines and constantly pushing the envelope.

She’s worn the crown before (in 2014) and last year was second in line to the throne – could this be the year that Casey Brown reclaims the Queen of Crankworx title? Known for her skill, style and adaptability, Brown is the stuff that Queens are made of. In 2018, she charged her way onto nine Crankworx podiums. Watch for her in the 100% Dual Slalom Rotorua, the Rotorua Air DH presented by Bosch, the Official Oceania Whip-Off Championships presented by SPANK, the Crankworx Rotorua Downhill presented by the Professionals, and the RockShox Rotorua Pump Track Challenge.

Sure to be spotted racing alongside Brown, watch for Vaea Verbeeck (CAN) and Kialani Hines (USA) who were next in line for the overall title in 2018.

Noticeably absent this year will be Jill Kintner (USA) who’s consistently dominated Crankworx competition. Kintner has opted to shift her focus in 2019, leaving the door wide open to other racers who’ve been nipping at her heels.

The battle for King of Crankworx came down to the wire in 2018, with Tomas Lemoine and Sam Blenkinsop (NZL) battling for the top through the 11th hour. Blenki ultimately claimed the crown, but his French challenger’s diverse skill set certainly made its mark. Most Slopestyle competitors tend to focus all their efforts on that demanding, pressure-cooker of a discipline. Not Lemoine. In addition to strong finishes in Slopestyle (including three fourth places) he topped two Speed & Style podiums, as well as taking the win on the Rotorua Pump Track. He’ll be lining up at the start gate for the Mons Royale Speed & Style Rotorua, Pump Track and Maxxis Slopestyle in Memory of McGazza.

Alongside Lemoine, keep your eyes peeled for Kyle Strait (USA), whose Dual Slalom results helped push him to the top last year, and Keegan Wright (NZL), who raced in 14 Crankworx events across the tour last year and bagged two first place finishes.

Matt Walker (NZL) will also be one to watch – he’s the only pro male athlete who’s registered for seven of the eight events taking place at Crankworx Rotorua.

For a taste of what, and who, is to come, check out the full preliminary rider lists for these invite-only events:

Crankworx Rotorua unofficially launches international DH season once again, bringing together many of the discipline’s best to get their first glimpse of how their times stack up against each other for the season ahead.

She’s earned the distinction of Crankworx Downhill Champion four years running. In fact, while Tracey Hannah missed the downhill events in Rotorua in 2018 with a concussion, she still managed to take the overall win thanks to first place finishes in Innsbruck and Whistler. Watch for her in the Dual Slalom and the Crankworx Rotorua Downhill.

Tahnée Seagrave (GBR) will also be on deck, back to defend her win in the Crankworx Rotorua Downhill, along with Emilie Siegenthaler (SUI), who finished one step down from Seagrave in Rotorua’s 2018 DH.

What sets this downhiller apart from the pack? Aside from his gloveless style, when it comes to Blenki’s success it’s all about his consistency across the Crankworx World Tour. Five Downhill podium finishes in 2018 enabled him to clinch the victory in the overall Crankworx Downhill Championships, as well as helping secure him the overall King of Crankworx title. Two podium-topping DH finishes came from Rotorua, a feat he’s surely hoping to repeat in 2019. Watch for King Blenki in the Air DH, Crankworx Rotorua Downhill and Giant Toa Enduro presented by CamelBak.

Rainbow stripes-clad Loic Bruni (FRA), current DH World Champion, will also be one to watch, as will Mick Hannah (AUS) who took home a one, two and three in Crankworx’s three DH events in Rotorua last year.

The time for imagining, training and perfecting has come to a halt. The 14 best Slopestyle athletes in the world are set to leave their respective training grounds and show the world, and each other, what they’ve been working on.

Six pre-qualified riders (Rheeder, Caverzasi, Fedko, Rogatkin,  Genon, and Lemoine) will be joined by the next eight based on the FMB World Rankings for the first Crankworx FMBA Slopestyle World Championship contest of 2019.

Some familiar names are returning to the famed Rotorua Slopestyle course, including Brett Rheeder (CAN), current World Champion and winner of last year’s season-opener event, and Nicholi Rogatkin (USA), who ended the 2018 season on a high note winning Red Bull Joyride and claiming the Triple Crown of Slopestyle. One rider, potentially less familiar to Kiwi fans, is getting ready to show them what he’s got. Emil Johansson (SWE) stormed the scene as a Crankworx rookie in 2017, taking second place at Red Bull Joyride. He was sidelined for much of 2018 due to health issues, but returned to Whistler with a vengeance, earning a fourth place finish in his first contest in a year. Set to make his Rotorua Slopestyle debut, he’ll be one the judges, riders and in-the-know fans will be watching.

Enduro (and then some) Champs

The GIANT Toa Enduro presented by CamelBak, Round 1 of the Enduro World Series (EWS), will once again see the top ranked riders in the world get amongst the storied trails of the Whakarewarewa Forest with its giant ferns, smoking geysers and epic singletrack. Last time the EWS was in town, fans turned out in droves to show their support (donning their best T-Rex costumes and and throwing in a heckle or two), adding to the electricity that gets the best in the world fired up to race Rotorua.

2018 was a season for all-time for the young Belgian rider. 22-year-old Martin Maes accomplished an unheard of feat, taking back-to-back wins in August in two different disciplines. After winning the CamelBak Canadian Open Enduro in Whistler, he went on to win the UCI World Cup Downhill in La Bresse.

Always a crowd and race favourite, current EWS overall champion Sam Hill (AUS) will surely get some of the loudest cheers from the crowds. Hill finished fourth in the event last time he raced in Rotorua. Another crowd favourite is sure to be Kiwi Wyn Masters (NZL), who won his first EWS on home soil in 2017.

Currently ranked third in the world, Winton has cited Rotorua as one of her favourite places to race. She finished fifth in the 2017 EWS in Rotorua and has been getting her feet wet on Southern Hemisphere dirt training in New Zealand since February.

Other top women to watch for will be Isabeau Courdurier (FRA) who finished second overall last year, with second places across the board in every single one of her races and Noga Korem (ISR) who finished her season in fourth behind Winton.

Noticeably absent from the Enduro list is Cecile Ravanel (FRA) who has consistently dominated the Enduro world for the past three years. The reigning champion sustained a series of injuries on a training ride in February.

In addition to Ravanel, here are some other key athletes who’re currently sidelined with injury:

Stay tuned for details of how and when to watch as we get close to the launch of the 2019 Crankworx World Tour, and as the best riders from every discipline of gravity-fuelled mountain biking set their sights on Rotorua.  We’re talking World Champs, record holders, game-changers, up-and-comers, and legends. They’re all about to touch down on New Zealand’s famed dirt gold, line up at the Crankworx start gate, and take flight.