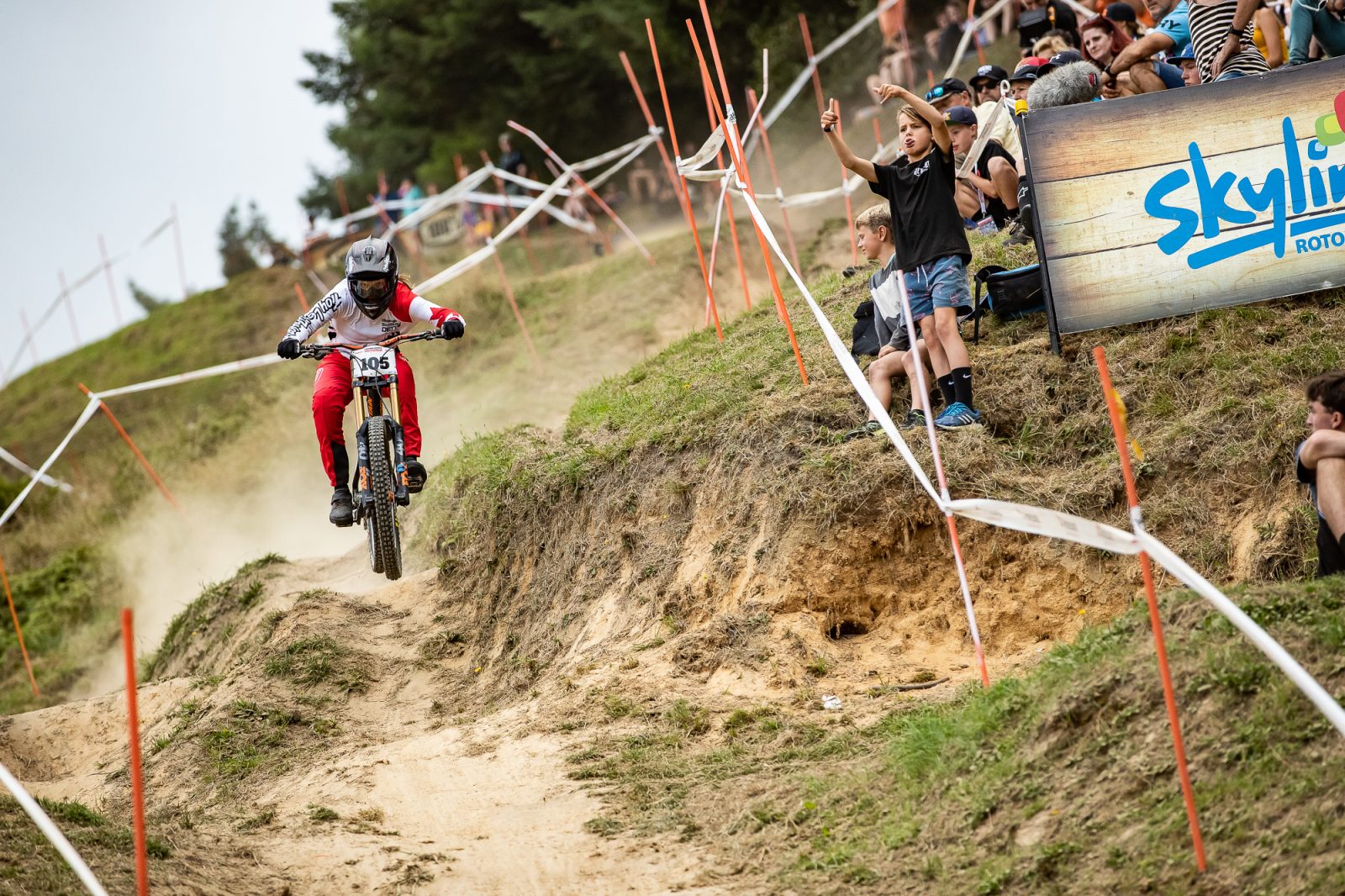 WHISTLER, B.C. February 18, 2020 – Queenstown, Coronet Peak, Gorge Road, Winton, Dirt Farm, Cambridge – if you’ve been following your favourite pros online, you know: the migration to the Southern Hemisphere has begun, with trails in riding destinations across New Zealand playing host to the best riders from around the world.

International MTB competition season is about to kick off March 1-8, with the all-stars, legends, up-and-comers, industry moguls, and superfans all making tracks to Crankworx Rotorua.

With less than two weeks to go, preliminary rider lists have now been released:

Here are some of the big names to watch for, and the stories that are shaping up, as we enter a new decade of the ultimate experience in mountain biking.

Looking for a race that brings together champions from across the realms of the sport? Look no further. Over eight days and nine events, the masters of style, speed, strength and endurance are set to lay it all on the line at the first stop of the Crankworx World Tour.

Going all-out is the reigning Queen of Crankworx, Vaea Verbeeck. The Canadian is signed up to take on seven events, five of which have points on offer in the 2020 battle for Queen. This includes a women’s category of the CLIF Speed & Style presented by Mons Royale. The category is a new addition in Rotorua, and it’s also the first time points from the discipline will count towards Queen.

“I am stoked for the racing to start and see how everyone stepped their game up over the off season,” says Verbeeck. “I’ve been working pretty hard on my end to make sure I have all sorts of skills covered and am ready for Crankworx.” The Canadian says this includes “a good mix of training on and off the bikes. I go back to the basics and work on sprints, gate starts, setting up flat corners, and then I just ride all four bikes to feel good on all of them.”

She says her goal for the season is to pull in consistent results across all disciplines she competes in. Verbeeck never finished outside the top 10 in the 13 events she took on in 2019, pulling in her best results in Dual Slalom with two first places and one third.

Also set to take on seven in eight, Georgia Astle. Like Verbeeck, Astle has been riding competitively for a number of years, more recently focussing on broadening her skill set to prepare for the multidisciplinary challenge that is Crankworx. She’s competed in Rotorua before, but this is her first year taking on  so many events.

Other women likely making a push for the top:

Alongside them, a competitor who’s no stranger to going full gas across disciplines. After taking a year off to focus on racing Enduro, Jill Kintner is back and ready to dive into Crankworx competition.

“A lot of hard work goes into being prepared to compete in so many events at Crankworx, so now the planning is mostly done, boxes have been ticked, parts are showing up daily, and I am ready to ride my best when it counts.”

Her goals for the season?

“To enjoy the ride, win as many events as possible, and do my best to reclaim the throne!!! Yew!!!!”

On the men’s side, a stacked field is set to face off across disciplines.

Hometown boy Keegan Wright is signed up for the most, taking on seven events over the eight days of the festival, five of which have points on offer for the overall King of Crankworx title.

Nipping at his heels, Kaos Seagrave who’s on deck to compete in the full Crankworx World Tour in 2020. According to manager Tony Seagrave, “Kaos has been training his butt off” ahead of Crankworx as he prepares to take on more disciplines. Seagrave will be lining up at the start gate in six events in Rotorua.

“My goal at Crankworx this year is to ride and have fun as much as I can. It’s fun having all these different events we can do and get to ride with so many different riders. If I do well and I’m in for a chance at King then yeah let’s go for it…I can’t wait to get to Rotorua and start sending with all my brus.”

Other pro men to watch for across disciplines:

Meanwhile, another race within the race is brewing. Bernard Kerr, Matt Walker and Eddie Masters of the Pivot Factory Racing team are signed up for 15 events between them. Whether gunning for King of Crankworx or the Crankworx King of Pivot, this is one  three-way showdown that’s sure to be fun to watch throughout the festival.

All-stars, climbing the ranks and first-timers

Other names to watch for will be:

A full preview of invited riders for the Maxxis Slopestyle in Memory of McGazza was released last week.