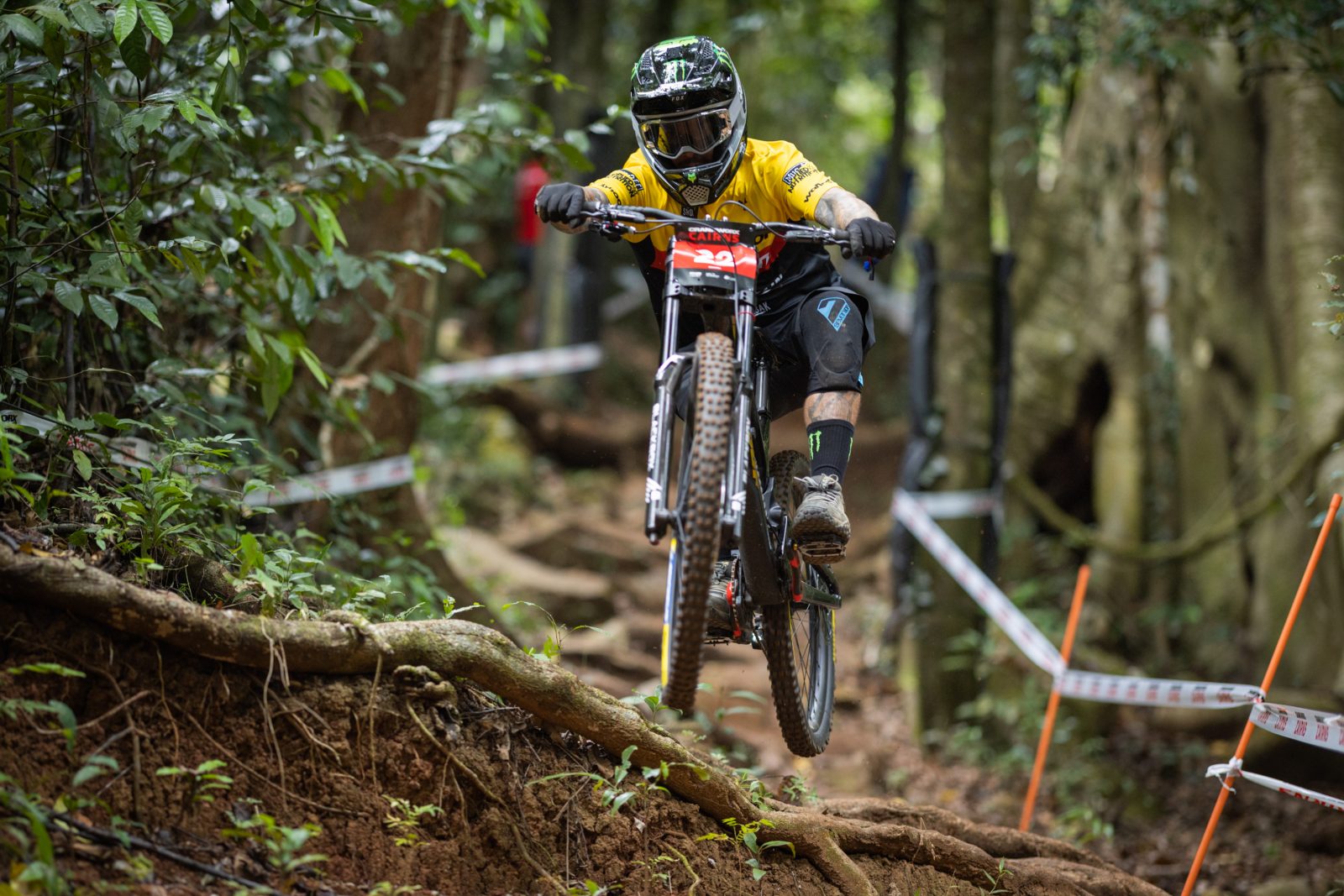 9.5 hours of mountain biking on Red Bull TV to showcase some of world’s best at inaugural Crankworx Cairns

CAIRNS, AUSTRALIA, October 6, 2022 – Emil Johansson went snorkelling in the Great Barriet Reef, swimming with reef sharks and green sea turtles. Vaea Verbeeck got to check out this natural wonder of the world from a heli. Jordy Scott went bungee jumping, while Mike Ross went to croc-watch alongside his fellow competitors and Martha Gill and Tom Isted visited koalas. Haz joined her pro mates on a tour of a local brewery.

The time for Aussie fun and games, welcoming riders to this all-new stop on the Crankworx World Tour, has been a real beauty. And it’s over (for now). The rumble in the rainforest is on, as the world shifts its gaze to competition at Smithfield MTB Park for the inaugural edition of Crankworx Cairns.

Mountain bikers up on their history will be well familiar with Smithfield. The rainforest trail network is the oldest mountain-bike park in Australia and has played host to World Cup racing in 1995, then again in 2014 and 2016. In 1996 and 2017 it hosted the UCI World Mountain Bike Championships.

But that was then, and this is now.

Pro competition live from Crankworx Cairns on Red Bull TV kicks off today, and includes (dates listed below are in AEST):

What awaits racers, competitors, and fans over the days to come is a work of dirt art: five tracks carved into the dirt (Dual Slalom, Whip-Off, Speed & Style, Slopestyle, and Pump Track), and the return of the storied DH track. Flux Trail (Remy Morton and crew) and Elevate Trail Building (Tom Hey and crew) took the lead on design, with the build the combined efforts of World Trail (Glen Jacobs and crew), Flux and Elevate.

Riders got their first taste of the dirt yesterday with Speed & Style qualies, DH training, and of course 51 athletes throwing down 556 whips during finals of the Trek Official Australian Whip-Off Championships presented by POC.

Those planning to get in on the action on site can still grab tickets, or sign up to get a next-level behind-the-scenes experience (with great perks) by signing up to volunteer.

Schedule and details for all events to come during Crankworx Cairns 2022: crankworx.com