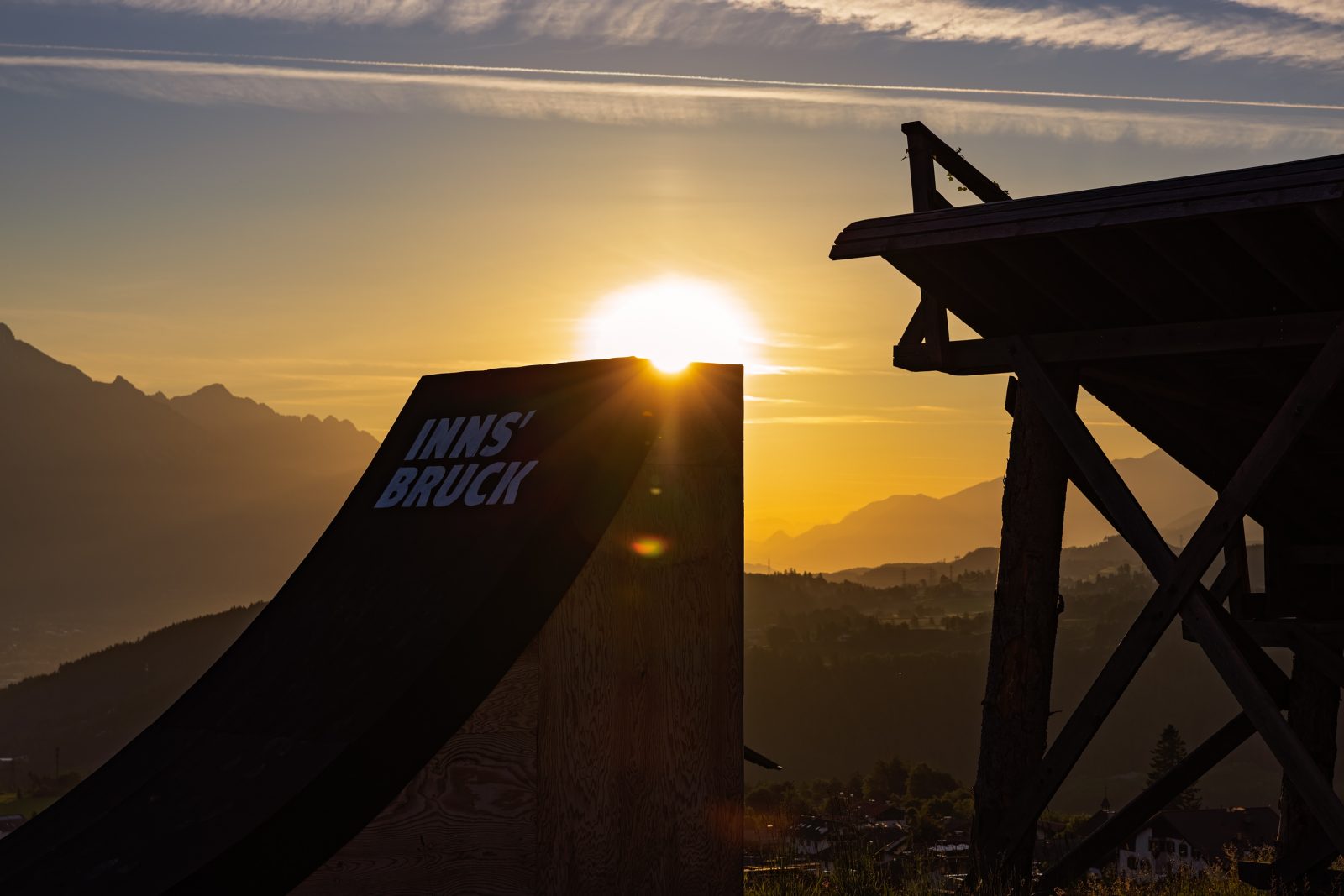 INNSBRUCK, AUSTRIA, June 16, 2021 – Officially, today marks the first day of the Crankworx World Tour for 2021. Unofficially, it’s a family reunion for the mountain bike world. Over the next five days of Crankworx Innsbruck, 424 athletes, including 284 of the world’s top pro riders, will do what they haven’t been able to do since March of 2020: gather together and compete.

“Crazy to think the last international race I competed in was March 2020 in Rotorua,” said Kyle Strait (USA). 15 months ago, Crankworx Rotorua wrapped. Within days, the world began to shut down. Since then, the CLIF Crankworx Summer Series brought together B.C.’s best to compete in their backyard on closed courses, their fellow athletes the only fans in sight. In October, the postponed Crankworx Innsbruck brought together a strong field of athletes who were able to travel, giving the world something to cheer about as they watched #crankworxfromhome. Some of those watching around the world were Crankworx’s top competitors, like Strait. “This is probably the longest break from international travel and racing for me since I was 16,” he added. “Very excited to get out there an pick up where I left off. Thinking back to 2020, the last Crankworx Slalom race, I was able to take the top step. The goal for me is always to win. That’s why I race. So hoping for more of that this week.”

The SRAM rider was also second in the overall King of Crankworx standings coming out of Rotorua 2020. This week he’ll be racing in the Specialized Dual Slalom, RockShox Pump Track Challenge and CLIF Speed & Style.

“Feels like a lifetime ago that we were able to put our wheels down on the dirt to race these events,” Kialani Hines (USA) said in an Instagram post. “The week is packed and the racing will be stacked. Can’t wait to get in the gate again.”

Hines, who rides for Pivot, was the runner-up for the Queen of Crankworx title in 2019. Like Strait, she’ll also be competing in Dual Slalom, Pump Track and Speed & Style, as well as taking on the deuter Downhill presented by Raiffaisen Club.

Starting June 17, Hines, Strait and the 400+ other athletes will be bringing the action to Red Bull TV. On offer: 10 hours of live mountain biking over four days.

Crankworx action will be live on Red Bull TV and redbull.com: https://www.redbull.com/ca-en/events/crankworx-austria

Highlights for the Official European Whip-Off Championships presented by POC will be available on Crankworx’s social channels after the event wraps tonight.

Adding another layer to the excitement, today marks the launch of Crankworx Medal Predictor on redbull.com.

The contest gives those following the action a chance to test their Crankworx Slopestyle knowledge by predicting the riders who’ll be top three in Innsbruck. Fans can race for the top and compete against each other, and a panel of experts. Crankworx Medal Predictor contests will run for each Slopestyle contest across the Crankworx World Tour in 2021, with great prizes up for grabs all season from Crankworx and its partners, including a STATUS complete bike.

Fans in Innsbruck have a unique chance to share in the excitement. While a small number of community supporters have been allowed on site to take in the action, the venue remains closed to the public. In order to bring mountain bike fans in on the action, the Crankworx Innsbruck City Expo is back in 2021. Awaiting fans will be live viewing from the big screen, test bikes, community rides, workshops, woom Kidsworx presented by Tiroler Tageszeitung, an open air bike cinema, and more. Details and schedule: https://www.crankworx.com/innsbruck/expo-demo/