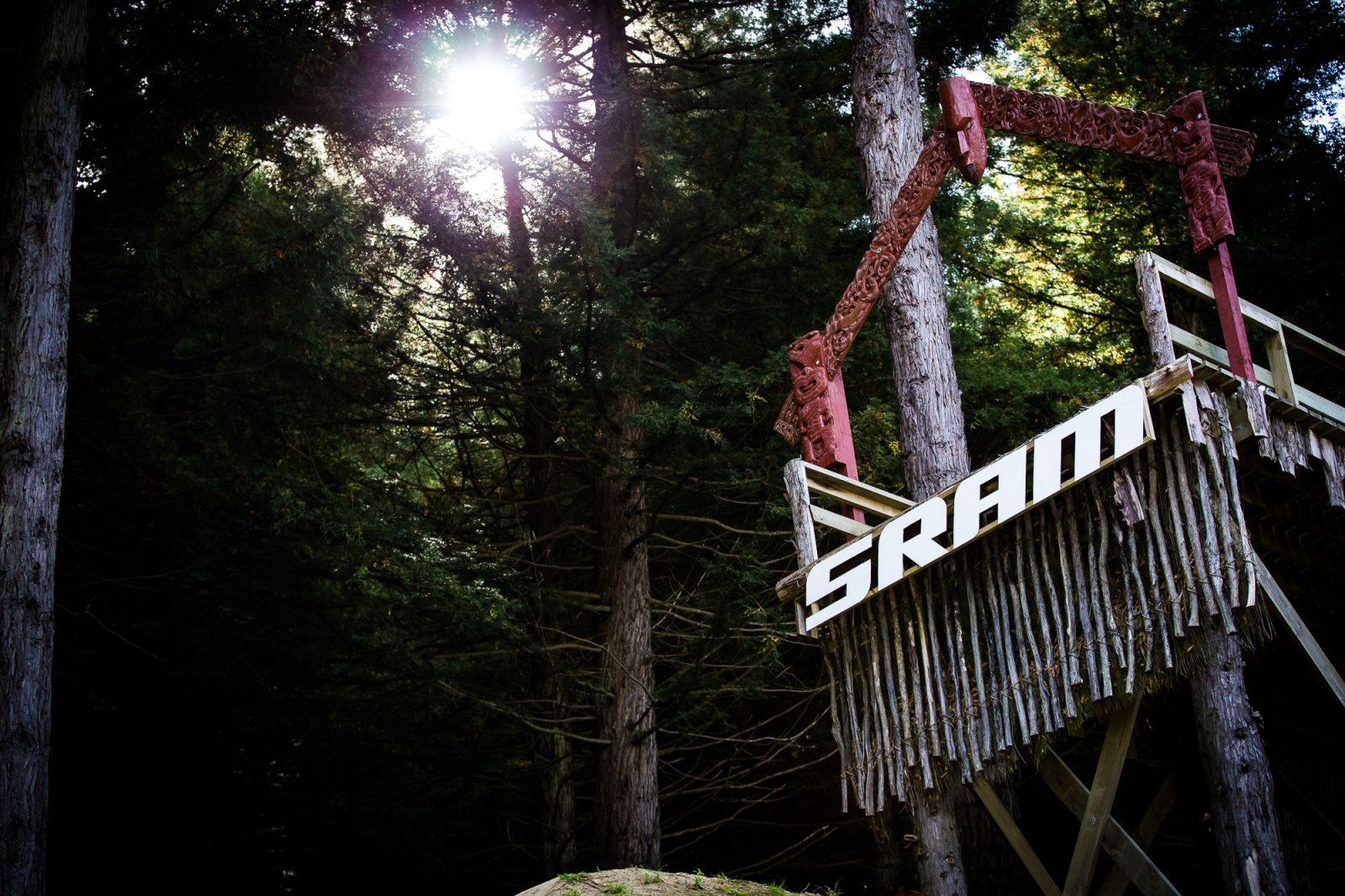 ROTORUA, NEW ZEALAND March 21, 2018 – New champions have stepped up, campaigns for the King and Queen of Crankworx crowns have kicked off and the stoke levels have begun climbing to a fever pitch. In summary: it’s on. But things are about to get next-level at Crankworx Rotorua. Four live webcast events are on the docket starting tomorrow, including one of the most hotly anticipated events of the season, the launch of the Crankworx FMBA Slopestyle World Championship live on Red Bull TV and crankworx.com (Saturday March 24th @ 3:30 pm NZDT, Friday March 23rd @ 7:30 pm PDT, Saturday March 24th @ 3:30 am CET).

Leading up to the big day, the team from Elevate Trail Building, including Tom Hey, Emmerson Wilken and Scott Bedford, have been hard at work re-visioning and re-shaping the dirt that will set the stage.

Hey says it’s no easy feat given the hands of a legend helped lay the original foundation, and for the past three years the world’s best have sung its praises while launching off it to previously unimaginable heights. He says the re-worked course pays homage to its roots, while providing some fresh challenges.

“The start drop’s the same…it’s McGazza’s so we wouldn’t want to change that,” Hey explains. “The second feature is now a dirt-to-dirt shark fin which is a little more technical to trick. It’ll be a bit better for the guys that’ve got good flow, rather than just the huckers. Third feature, everyone loves that step-up so it’s going to stay the same. After that it used to be the boner log, but now it’s a big dirt-to-dirt hip, replacing the second jump. Hopefully that’ll make it flow through there better. We’ve put the boner back in after that, so after the dirt-to-dirt right it’s a left boner. And then the rest of the course is the same as it was.”

Past winners of the event include Brett Rheeder (CAN) in 2015, Brandon Semenuk (CAN) in 2016 and Nicholi Rogatkin (USA), who successfully landed his signature Twister for the first time in Crankworx competition in front of the Kiwi crowd in 2017.

Hey says the changes will keep things super trickable, but will mix it up a bit, requiring more technicality than the previous iteration of the course.

The course rolled out today, along with the first practice session.

Meantime, the rider roster for Saturday’s event has been locked into place. The final pair to launch from the start drop will be two riders who were engaged in some of most epic battles in Slopestyle history last season. Rogatkin, who topped both the Rotorua and Innsbruck podiums last year, will drop in last, preceded by Rheeder, who missed Rotorua in 2017 with a knee injury but stormed the Slopestyle scene when he returned to competition in Europe, winning in Les Gets.

“The McGazza Slopestyle course in Rotorua is literally one of best courses of the year,” says Rheeder. “After seeing the changes in person I’m stoked on what the boys have done. I’m fired up to be back and see what I can do on this course.”

Below is the full list of invited riders in the order they will be dropping in.

Noticeably absent from the start gate in Rotorua will be Emil Johansson, 2017’s Crankworx Slopestyle World Champion, currently sidelined with a back injury.

Hopes, dreams, bikes, and the heroes behind them – they’ve all touched down in New Zealand as the best mountain bikers on the planet begin their season-long pilgrimage for glory and good times on the Crankworx World Tour. It’s all about to go down, live from Rotorua to the world.