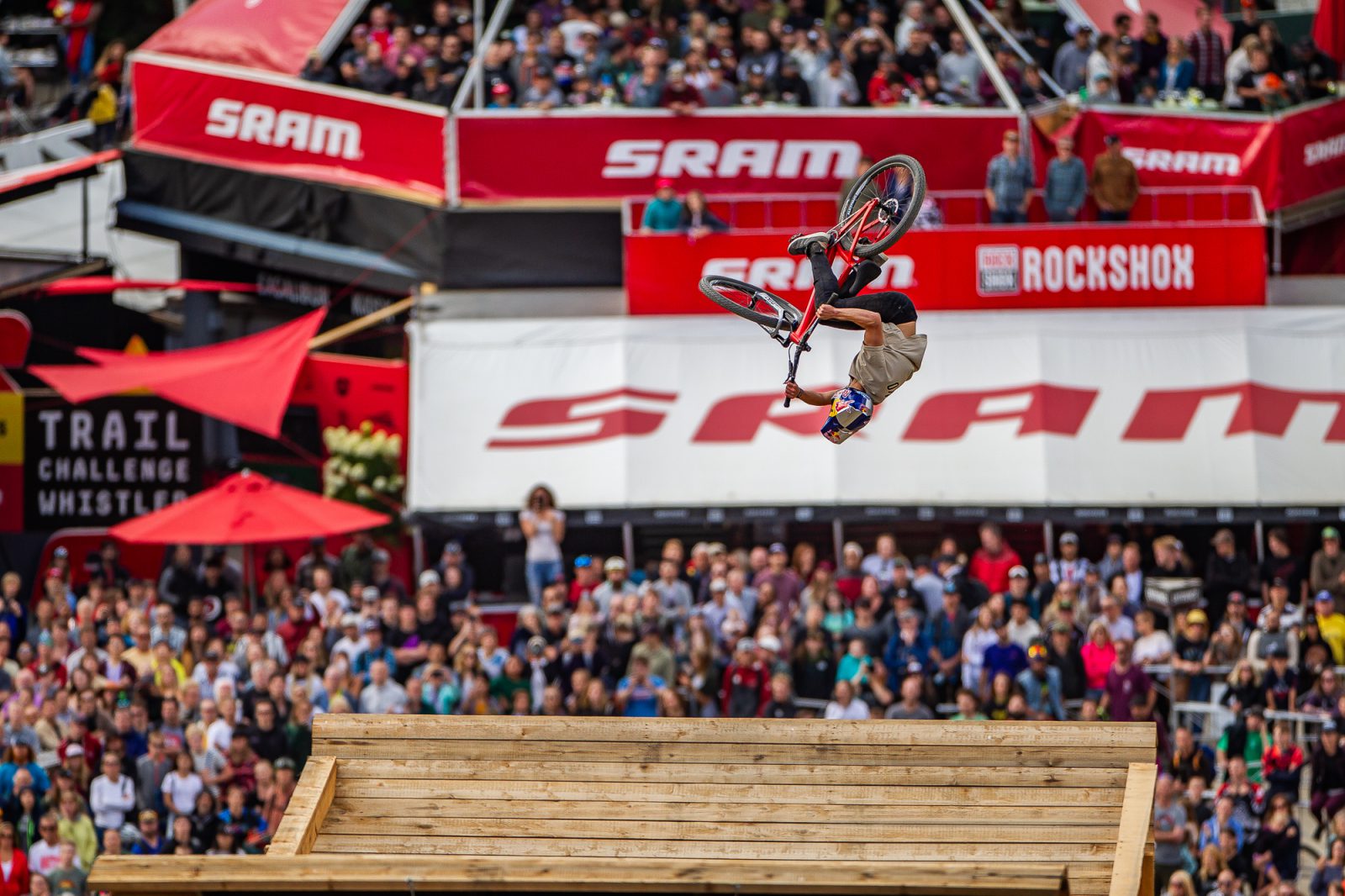 Crankworx World Tour festivals also host races for amateurs, a category for CWNEXT athletes, the next generation of racers, Kidsworx contests for our youngest riders, participatory events, and celebrations of mountain bike culture, all while showcasing amazing destinations 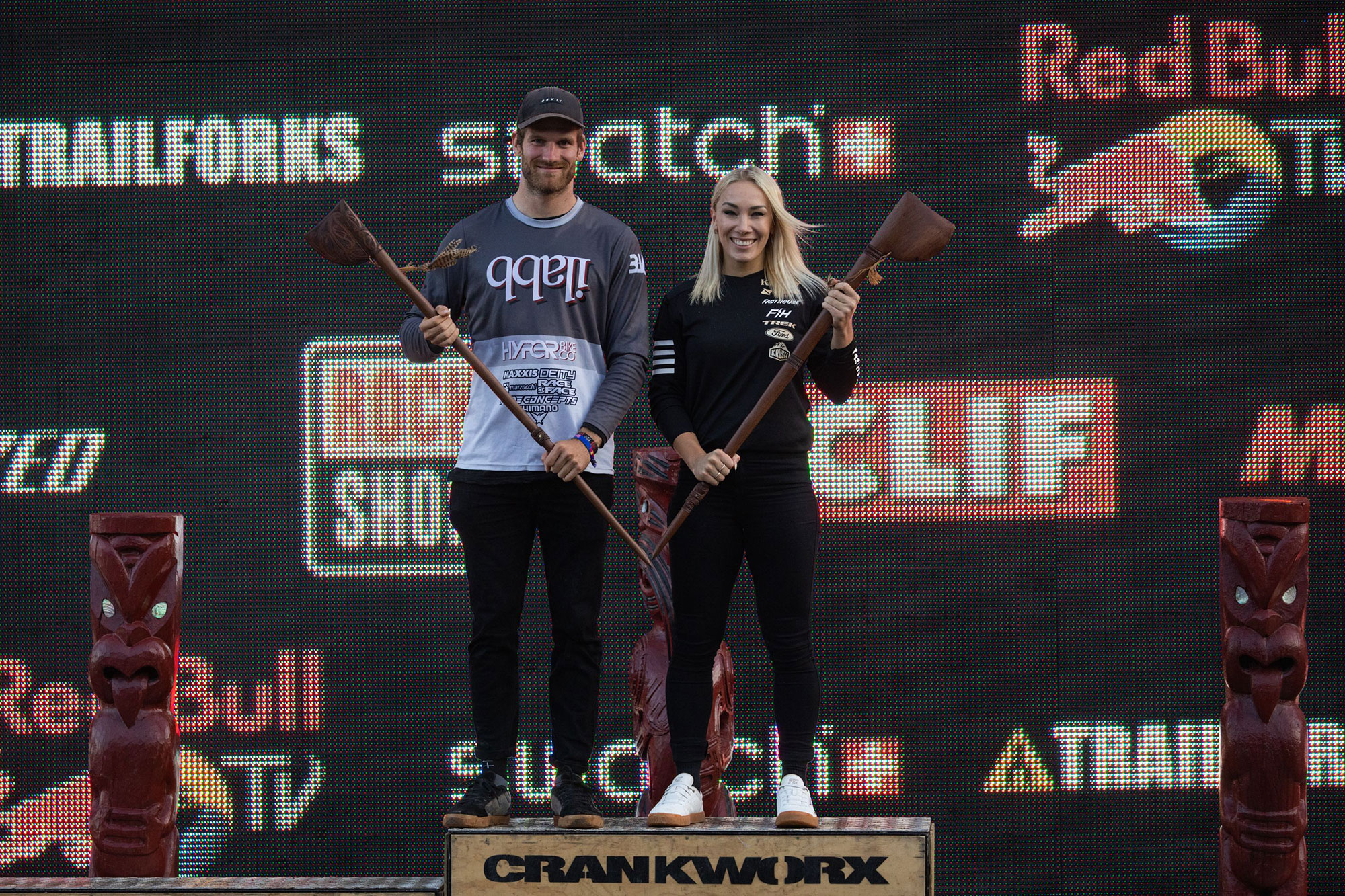 The race to be crowned King or Queen of the Crankworx World Tour is the most difficult competition in mountain biking. This season-long, multidisciplinary challenge tabulates results across events, disciplines and World Tour stops, in an epic test of a riders’ skill and will. Racing from the Southern Hemisphere to the Alps and home to Whistler, athletes aim to collect as many points as possible for a shot at winning the $20,000 prize. The most points wins.

The top ranked athletes competing at the Crankworx World Tour are recognized through the following title and awards.

14 spots are up for grabs for SWC events. The top six riders according to the SWC Standings from the previous year automatically qualify for all SWC events. These six pre-qualified athletes are joined by the next best six riders according to the FMB World Ranking six weeks before an SWC event. The two final spots are awarded to FMB Wildcard entries who can win their spot on the start list by competing at designated FMB Gold events taking place before an SWC event. Additionally, winners of Red Bull Joyride, Slopestyle’s ultimate event, are granted lifetime entry to SWC events.

All news and highlights relating to the Crankworx FMBA Slopestyle World Championship are available on crankworx.com.

For all the latest from the FMB World Ranking and Crankworx FMBA Slopestyle World Championship Standings: fmbworldtour.com 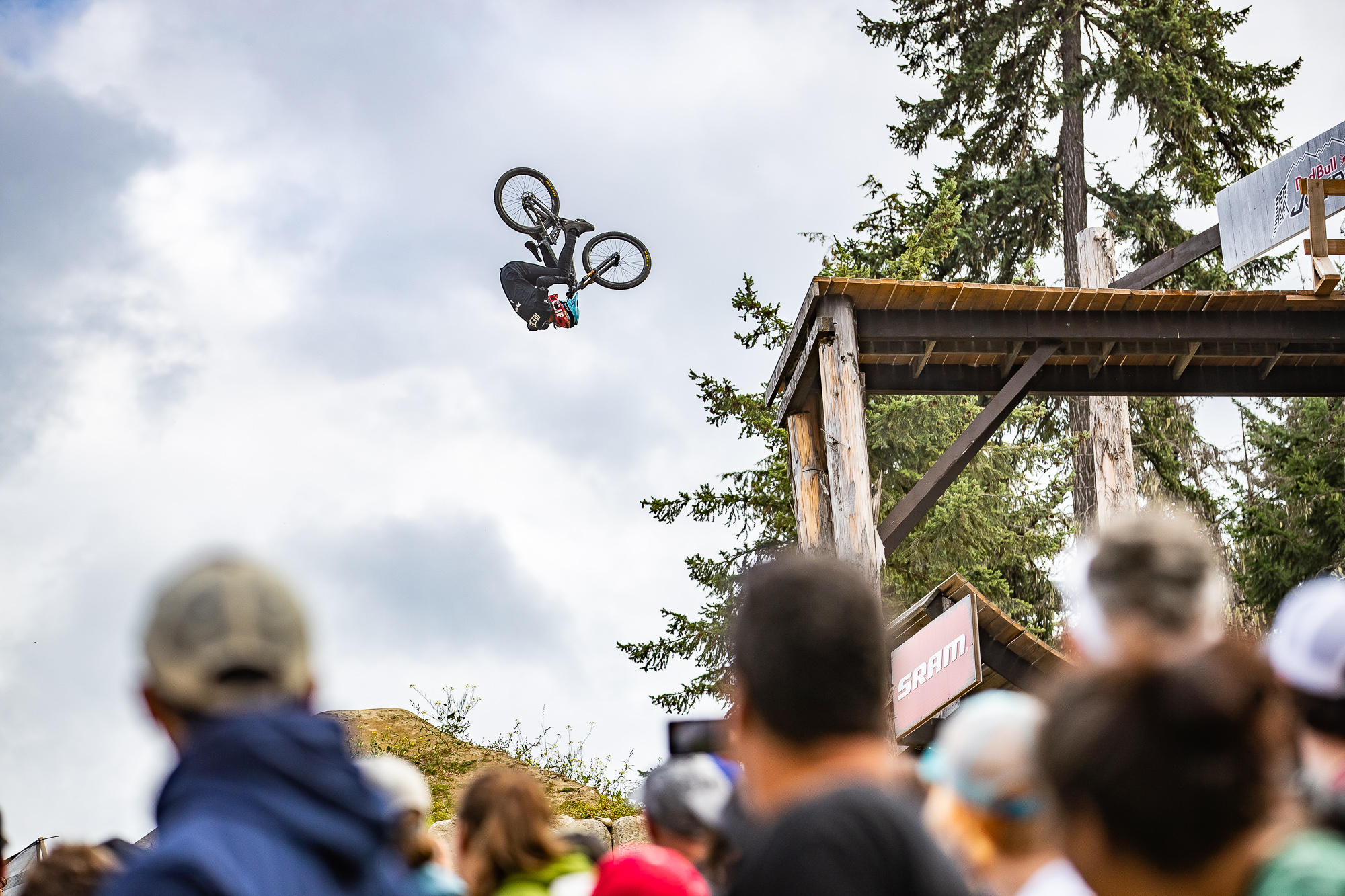 The mystique of the elusive Triple Crown lies in the allure of the near-impossible. A rider must win three Crankworx Slopestyle events in a single year to wear the crown. Created in 2015, the Triple Crown is intended to sit just beyond the grasp of most riders, truly pushing the sport into the next dimension. As the marquee event of Crankworx, the honour is worth $25,000.

All three events in the quest for the Triple Crown of Slopestyle are broadcast LIVE on all your devices exclusively on Red Bull TV.

They are also LIVE on Crankworx.com and Pinkbike.com.

This category for the next generation is run alongside the main Crankworx events, separately from Kidsworx. It bridges the gap between Kidsworx and Crankworx competition and provides a development path for young athletes.

The creation of CWNEXT category involves the following:

To register in CWNEXT events, check out the Athlete Info & Registration pages listed under each individual festival.

Over the past 16 years, Crankworx has solidified its reputation as the ultimate experience in mountain biking. Pros get the opportunity to ride with the best of the best from all disciplines. Amateurs can race the same tracks as their heroes. Spectators get up close and personal with the top names in the sport and watch history unfold before their very eyes. Through Kidsworx races and events, young riders and families can get in on the action themselves.

From 2017-2019 there were five core disciplines staged at all Crankworx World Tour stops that crowned champions at the end of the season, including:

Pump Track: Speed, flow and power are what push riders to the top in this head-to-head style competition. Without the ability to pedal, riders use the explosive starts, raw strength and the momentum of rollers on man-made tracks to pump enough speed to round the berms and cross the finish line first.

Speed & Style: The art of a Speed & Style win lies in the rider’s ability to pull off the best tricks on the fastest run down a gravity-fed course, out-witting all opponents by duking it out in pairs to slowly narrow the field.

Downhill (DH): Natural trails, a mix of technical features and steep, gnarly lines, plus riders’ innate ability to pin it down the mountain, make this full-throttle race a heart-stopper from top to bottom.

Dual Slalom: Raw rivalry is the name of the game in Dual Slalom. This crowd-pleasing format pits two competitors against one another in a side-by-side battle against each other, and the clock, to avoid elimination.

Check out the archived results here: