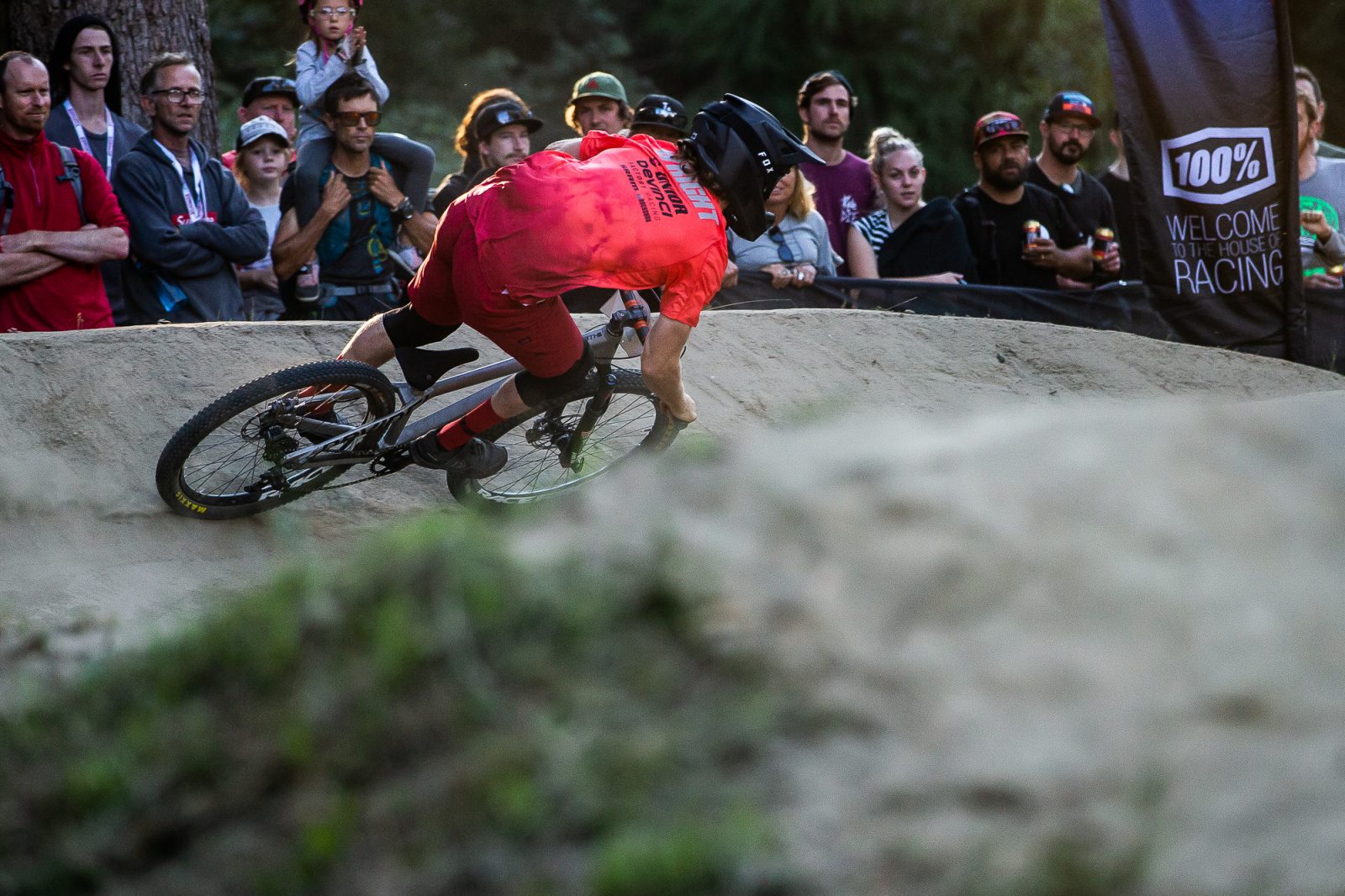 “It’s awesome to back it up from the 2017 Pump Track,” said Wright, who first stormed onto the international scene two years ago, winning the Rotorua Pump Track Challenge presented by RockShox.

As Wright was still fighting to catch his breath, Vaea Verbeeck (CAN) charged her way across the line, taking the Pro Women’s win on both sides of the course against Anneke Beerten (NED).

The win marks a strong start to the season for Verbeeck, who wrapped 2018 in third place for the overall Queen of Crankworx title.

Over the course of the two hour finals, Verbeeck successful picked off Morgane Charre (FRA), Kialani Hines (USA) and Tahnée Seagrave (GBR), before lining up against Beerten in the finals. As the dust settled, she described the feeling as “amazing, but unexpected.”

“I’m still trying really hard, and sometimes I can just blow it,” said the 28-year-old, who shifted her focus to Crankworx in 2018, branching out from her Downhill racing background. “I definitely had a few drift moments out there…I feel like with experience you learn to be super clean, so I know I have a lot of work still to do. Today I think I had a lot of luck behind me, along with a lot of work. I did work for this. It’s cool to see it come out as #1.”

Like Verbeeck, to make his way to the final round tonight Wright had to battle his way past some hefty competition, including Downhill legend Mick Hannah (AUS), Collin Hanson (USA), who took the win on the Whistler Pump Track last year, and Kyle Strait (USA), who finished his 2018 season with a Dual Slalom win in Whistler.

Lining up against Wright in the semi-finals, Strait didn’t go down without a fight. Wright and Strait’s first match up was a draw. With the crowd of more than 2000 spectators cheering him on, Wright broke the tie, beating Strait by a narrow margin of 0.07 in their second matchup, launching his way into the finals.

“The atmosphere out there was awesome and the track was good. It felt like every one was the hardest pedal of my life, but it’s good training doing all that pedalling for the Enduro World Series,” said Wright, who also raced this past weekend, coming in second in the New Zealand National Championships. “I can’t wait for the next five or six events coming up this week.”

The future-focus was echoed by Verbeeck.

“It’s a good, positive start,” she said. “It’s definitely not putting my hopes up or anything. Tomorrow’s race is my favourite, so I want to make sure I do well at that. And then it’s going to be really packed. I’m happy right now, but I’m going to go home with my head down and definitely focus on tomorrow.”

With a similarly packed schedule, Wright will also take on tomorrow’s Air DH, before rolling into Friday’s Downhill and Pump Track, wrapping it all up with a bang on Sunday with the five stage Giant Toa Enduro presented by CamelBak, the first round of the Enduro World Series.

The similarly packed schedules of tonight’s winners may be a sign of where each is setting their sights for the year ahead. Tonight offers up the first points for the 2019 battles for the titles of King and Queen of Crankworx. Considered to be the toughest competitions in mountain biking, each crown comes with a $20k bonus at the end of the season.

2019’s battles have begun. Next up? The Rotorua Air DH presented by Bosch challenges racers to hit 32 jumpable features while racing their way down Skyline Rotorua Gravity Park’s Mr. Black.