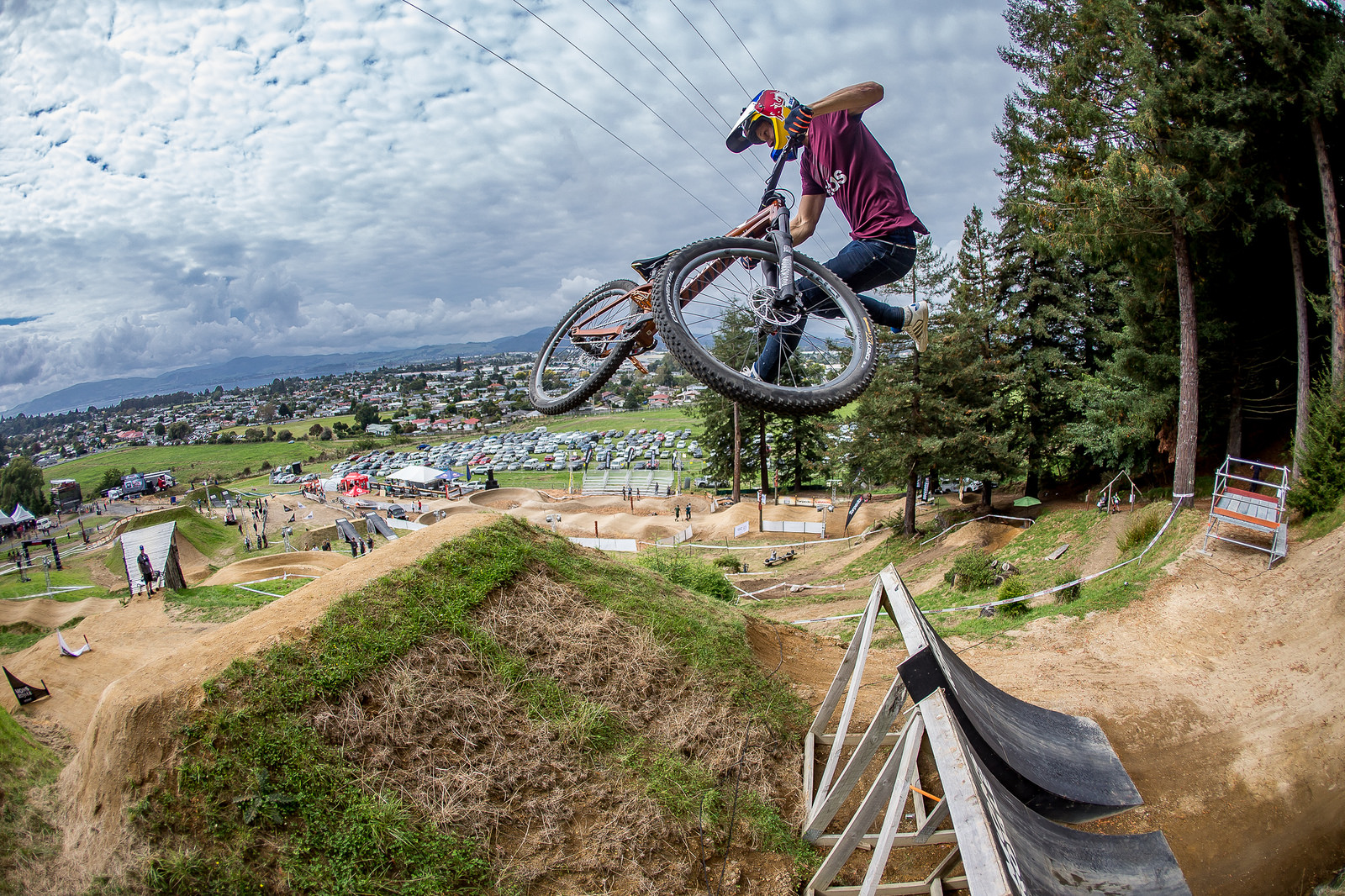 ROTORUA, NEW ZEALAND March 23, 2018 – A legend returned to the top step at Crankworx Rotorua tonight, reclaiming a podium position that was his three years ago – one he’s been trying to get back to ever since.

“I know everyone says that you have no words when you win, but it’s really like that,” said Martin Söderström (SWE) after crossing the finish line in tonight’s Mons Royale Dual Speed & Style. “It’s just a big, big, relief. I think I won here, like, three years ago, and I was like ‘Oh, it’s not that hard to win Speed & Style.’ I’ve been trying so hard at every event since then, for three years, to win. It hasn’t been possible.”

The Big Swede’s win built on some solid momentum from last season. He finished third in the event at Crankworx Les Gets, then went one further in Innsbruck, taking second.

“Everything has to be right on point on that night,” he said of the discipline. “Tonight, everything just fell into place for me. I couldn’t be happier.”

Söderström faced off against Joe Simpson (NZL), a Kiwi crowd-favourite who came to Crankworx Rotorua to work, and entered in the event on the side. Simpson said it was hard to believe how far he got, let alone the fact that he took second.

“Even getting out of qualifying yesterday…it’s crazy. I never would have imagined it would happen. I just jumped on this bike a week ago and just thought I’d give it a crack and, yeah, here we are.”

Simpson’s day ended early though, as he and Söderström tried to pull off identical 360-tables. Their bikes made contact, and Simpson hit the dirt. He walked away from the crash, but in the end the gap proved too great to make up, and Soderstrom cruised through their second match up to take the win.

With Simpson’s slip, Söderström’s biggest challenge of the night came as he was pitted against Adrien Loron (FRA), battling for a place in the Big Final. Loron most recently took the win in the event in Whistler, where he proved he was made of more than just speed. In the end, Söderström’s mix of speed and next-level style proved too much to beat, and Loron would move on to the Small Final where he earned a Bronze.

“I’m pretty happy,” said Loron after a tough battle against Kyle Strait (USA). “The week’s been long and hard and I haven’t gotten very good results. At least I’m leaving New Zealand with a medal.”

On top of the medal, Loron earns 75 points toward his King of Crankworx campaign, boosting him into seventh position, one behind his opponent in the Small Final. Strait earns 50 points and stays ahead of Loron in sixth.

“I’m really far away in the ranking, but the season is long, and there are so many events,” said Loron. “Every single point is good to grab. I’m very happy about this third place.”

Meantime, another top competitor in the King and Queen battles brought in an additional . Casey Brown (CAN) topped the podium in the Official Oceania Whip-Off Championships presented by SPANK, adding another 100 points to her total, bringing her into second behind Jill Kintner (CAN) with 425 points.

She says having the event as part of the roster of competitions that offer up points toward the King and Queen of Crankworx titles adds some worthy legitimacy to the event.

“There are lots of things that show style for the guys, but there isn’t really anything for the women that shows that aspect of riding, and I feel like that’s such a huge, huge part for me personally, and I know it’s a huge part for other women as well, so it’s a good platform to show we can actually have style when we ride bikes”