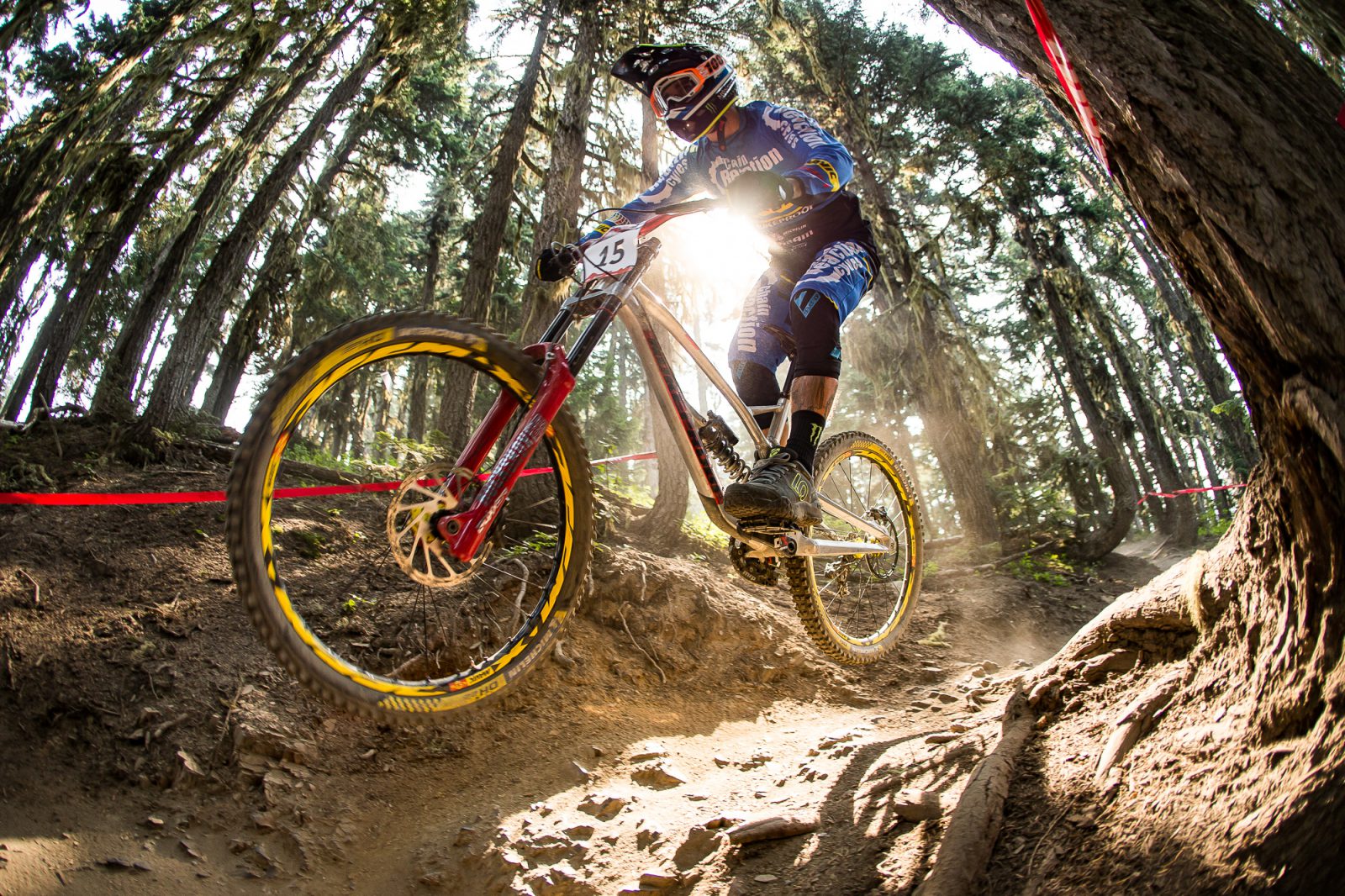 “I won it quite a few times before Marcelo [Gutierrez Villegas] came along,” the 33-year-old said of the Colombian’s five back-to-back wins in the Garbanzo Downhill, which ended today. “I haven’t been here to race him. He was definitely the number one guy to beat here. I just wanted to have fun and wasn’t sure where i’d gauge myself really, but I’m happy to come down in first.”

It’s a familiar spot for the 33-year-old downhill legend turned enduro champion. He won the event, known as one of the longest downhill races in the world, in 2006 and 2007, taking second in 2008 behind Gee Atherton (GBR) and third in 2009 behind Justin Leov (NZL) and Chris Kovarik (AUS).“I’ll have to come back next year and make it an even run,” Hill added, referring to the mechanical that had Gutierrez well off the pace. Gutierrez would cross the finish line in last place in the Pro Men’s category with a time of 15:45.90, nearly three minutes behind Hill.

Jacob Dickson (IRL) took second, crossing the line in 12:48.51, 1.67 seconds behind Hill, while the current frontrunner for the King of Crankworx title, Sam Blenkinsop (NZL), rounded things out, just 3.25 seconds from the top. He increases his lead over Tomas Lemoine (FRA) by 75 points in the season-long royal battle, with $20,000 set to be awarded to the victor at the end of the week.

On the women’s side, wild celebrations for a local rider who laid down a run that bested World Champions, legends and some of the best in the world from around the globe. Georgia Astle (CAN) crossed the finish line in 14:29.74, 8.57 seconds ahead of fellow local Claire Buchar (CAN) and an even 10 seconds ahead of last year’s winner, and reigning Crankworx Downhill Champion, Tracey Hannah (AUS).

“I just put the hammer down. I made myself go,” said Astle. “I pedaled so hard.”

The Whistlerite improves upon her fifth place finish in the event last year.

“It feels amazing. My whole family’s here. They come to watch me every year when I race. I’m pumped that I finally got to put together a full run for them,” said the 20-year-old. “My head wasn’t in the right spot last year. This year I took all the pressure off. I’ve been working a lot but just having fun on my bike and I think that’s what made the difference this year for me.”

The Garbanzo Downhill is referred to by many as a vertical marathon – a 3400-foot long gruel-fest through some of the Whistler Mountain Bike Park’s famed trails, including Original Sin with it’s rolling rocks, In Deep’s jagged tech and Ho Chi Min’s tight corners, challenging riders’ technical skills, endurance and ability to let mind trump matter.

Next up, the world’s fastest and most stylish commingle on the Whistler Mountain Bike Park’s most famous track, A-Line, for the 15th running of the Fox Air DH, with action being broadcast live on crankworx.com.