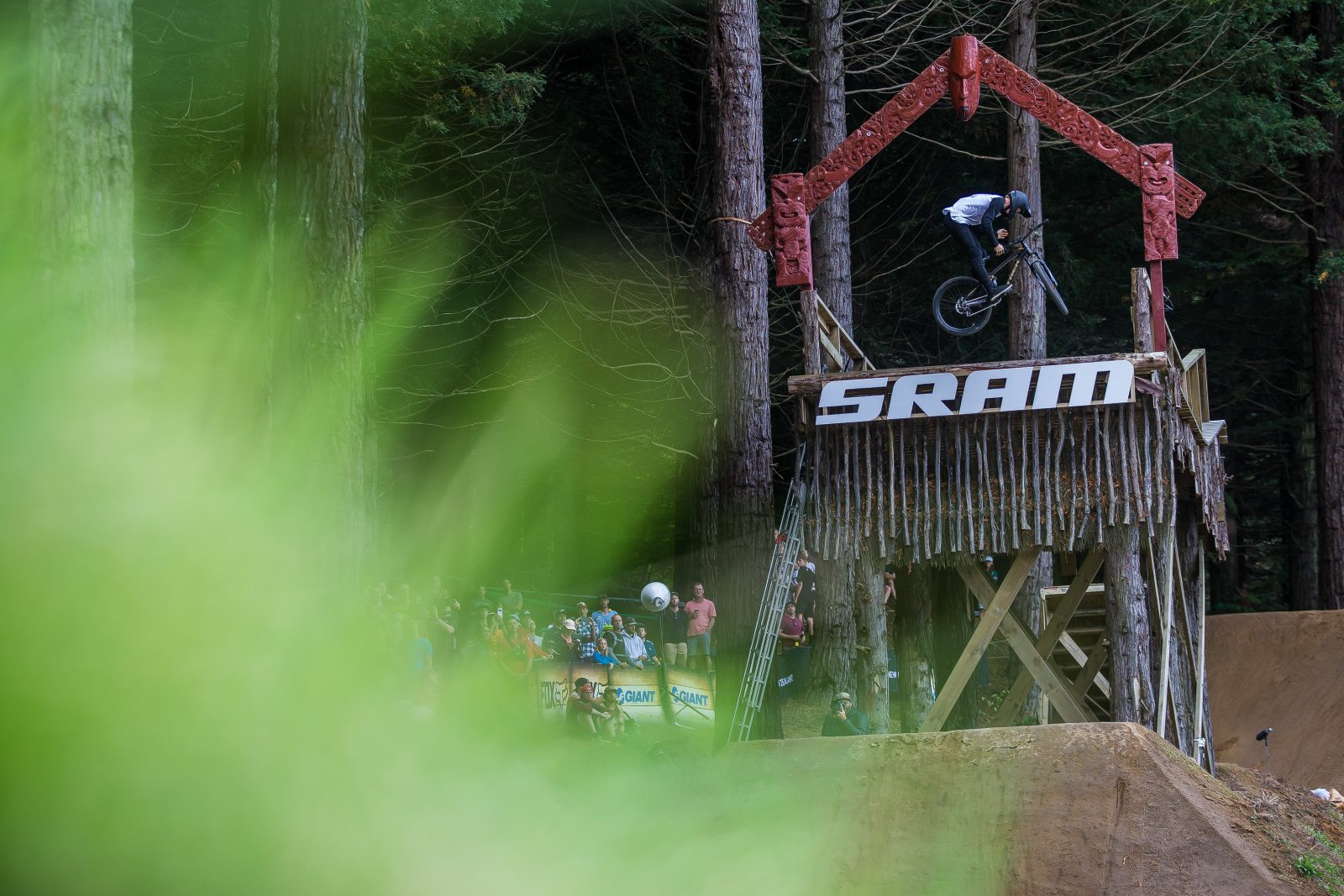 ROTORUA, NEW ZEALAND March 18, 2019 – The time for imagining, training and perfecting is over. The 14 best Slopestyle athletes in the world have left their training grounds and touched down in the land of the long white cloud, ready to show the world, and each other, what they’ve been working on.

The top six riders from the 2018 SWC standings have been gearing up for Rotorua since August, having earned guaranteed entry into all Crankworx Slopestyle competitions for 2019.

Next in line, the next top-eight riders from the FMB World Ranking, as of six weeks prior to event start date, got the golden ticket to compete on Slopestyle’s biggest stage.

Noticeably absent are Szymon Godziek (POL), currently recovering from ACL surgery, and Simon Pages (FRA), who had to withdraw. Taking Pages’ place is Alanko. Two alternates wait in the wings on the off-chance there’s a space to be filled.

Where We Left Off

2018 was unequivocally Nicholi Rogatkin’s. It started off rocky with a fifth place finish in the season-opener in Rotorua, but was followed by three back-to-back wins, earning him the never-before-won Triple Crown of Slopestyle.

For Brett Rheeder, 2018 was bookended with podium-topping performances. He took the win in New Zealand, and while not able to best Rogatkin at the next three contests, he amassed the most overall points, earning the title of Slopestyle World Champion by season’s end.

2018 was a banner year for two other competitors. Diego Caverzasi landed his first Crankworx podium in Rotorua, following it up at the season’s second contest in Innsbruck with another. Erik Fedko mirrored his results in the second half of the season, earning his first podium finish in Les Gets, and repeating with another third place finish in Whistler.

For another top competitor, 2018 was a year of valleys, ending atop a huge peak. Emil Johansson spent most of the season sidelined after being diagnosed with both a congenital sixth lumbar vertebrae defect and an autoimmune disease that slowed his ability to recover from his back injury. At the last minute he opted to compete in Whistler.

“Words can’t really describe that feeling I had returning to competition,” said the 19-year-old. “Before flying out I had a talk with my trainer and he told me I wasn’t ready, but after seeing the course and feeling somewhat ok, I felt like I had a chance to make it down. I had minimal hours on my bike leading up to the comp but I made the most out of the possibilities I had and made it happen.”

He stomped his run, fighting back tears from the finish corral, ending his day in fourth overall.

Rotorua is home to one of the most storied courses on the circuit, thanks to the legendary hands that built it and those that continue to shape and prepare it for the best in the world every year. Designed and built by Tom Hey and the late Kelly McGarry, the course at Skyline Rotorua Gravity Park is a rider favourite. Some updates were made to the original course last year, including turning the second feature into a dirt-to-dirt shark fin, and the addition of a big dirt-to-dirt hip, replacing the second jump. For 2019, the course will remain the same. Five days out of the event, it’s looking primed and buffed to perfection, thanks to the continuing hard work of Hey and Emmerson Wilken of Elevate Trail Building.

Fans lucky enough to be catching the action in person on Saturday will have to keep their ears tuned, as well as their eyes peeled, to soak up the full Slopestyle experience.

Every year, athletes choose the soundtrack to their run – a different song for each to get them amped and help them soar to new heights. The result is a playlist as diverse as the tricks they’re set to throw down, and a vibe like nothing else you’ve ever experienced.

Here’s a taste of what’s to come:

Vencl: Motörhead – In the Name of Tragedy

Mark your calendars, gather your best mates, fire up your Shazam, and get ready to be blown away. T minus five sleeps ‘til the Maxxis Slopestyle in Memory of McGazza launches LIVE from Crankworx Rotorua.