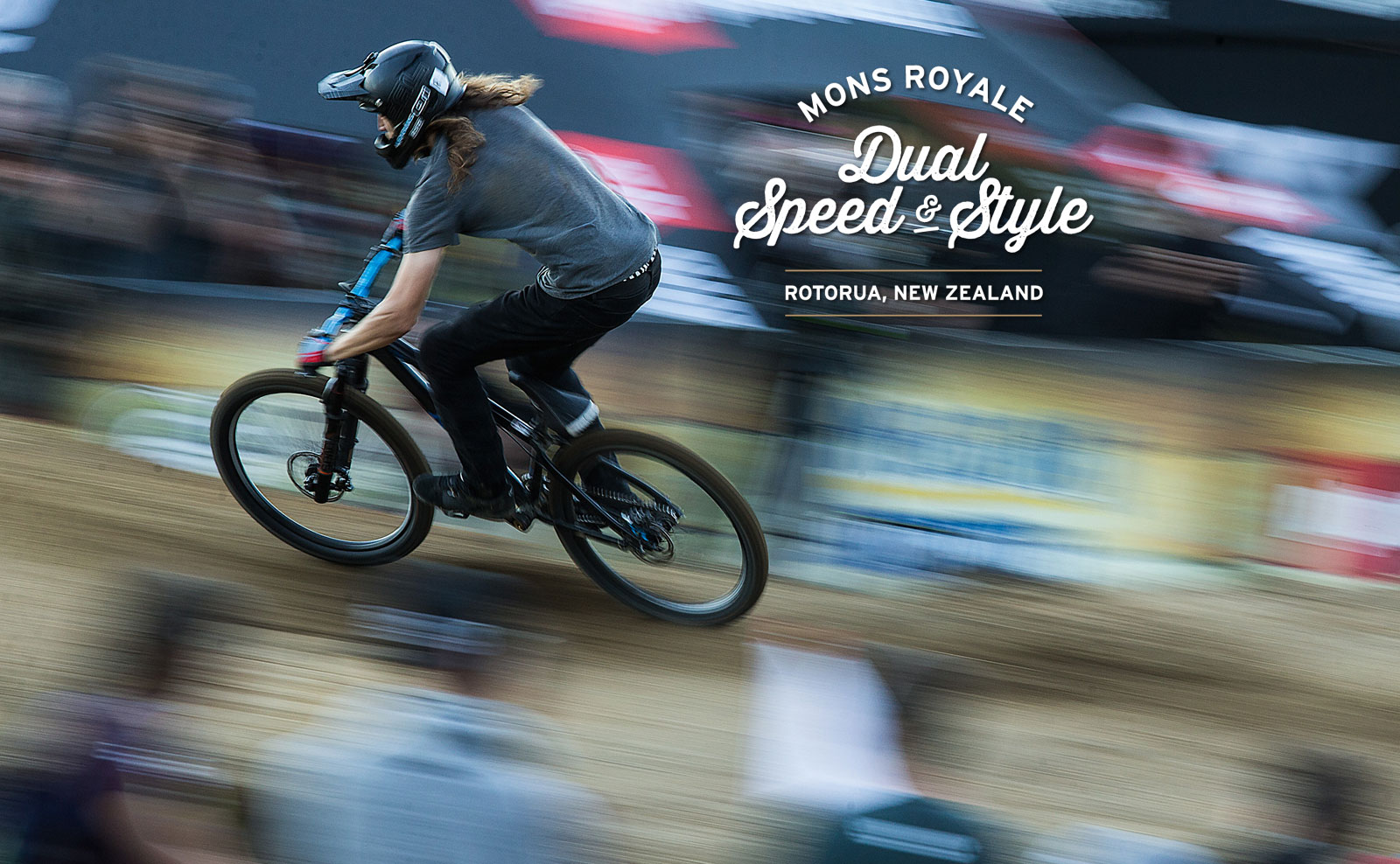 FOR IMMEDIATE RELEASE
Rotorua, NZ, Friday, March 31 —
He is fast becoming a Dual Speed & Style master, but even Jakub Vencl says the best of part of the discipline is its unpredictability – talent needs a little luck to pull in the win.

“It’s a difficult discipline, putting the racing and the tricks together. That’s the interesting thing. Anyone can take the win; it was super close in every run,” he said.

Loron picked up his second Crankworx silver medal, for the second night in a row, but wasn’t the least bit upset to be runner up.

“I’m pretty happy with this one. It’s a very different feeling from yesterday because I just lose (sic) because Jakub was faster than me and he was better—I did my very best and I did no mistakes. So I’m very happy with this one,” said Loron, noting the two trips to the podium are still great for his King of Crankworx standings.

Having won the event last year, the reigning King of Crankworx, Tomas Slavik (CZE), entered the evening with a fractured wrist, pounding through the pain, and coming out smiling.

“It hurts really bad, but I mean, with the rush, with the adrenalin, it’s alright,” he said. “I would like to see what’s going to happen when it’s all calmed down, and I’m back at the hotel. It’s probably going to be tough times ahead, but I just wanted to come out and do my best.”

The man who beat him out for third, meanwhile, left everything he had on the table—and then some. Having never thrown down a front-flip on a trail bike, and never landed it on his mountain bike, Mitch Ropelato (USA) pulled off the impossible, landing the rotation before a screaming crowd.

This is the first of four competitions in the Dual Speed & Style World Championships, one of four series events in the Crankworx World Tour. With each event riders gather points toward the overall title, and those points are also counted in the season-long race for King of Crankworx.

The evening went on to see the Official Oceania Whip-Off Championships presented by SPANK launch at the base of Mount Whip, before one of the biggest Crankworx whip crowds ever assembled.

With some 5,000 spectators looking on, Canadian Casey Brown continued her undefeated streak in the discipline, this time bringing American Reed Boggs to the top step alongside.

“I think it’s just rad that there’s so many chicks out here. It’s really inspiring, and I’m just going to keep doing what I’m doing and trying to progress,” said Brown.

Boggs could barely contain his enthusiasm. Delivering whips higher than any of the other 125 contenders, according to judge Sven Martin, he basked in glow of the late-night party vibe.

A complete list of the Mons Royale Dual Speed & Style results can be found on Crankworx.com