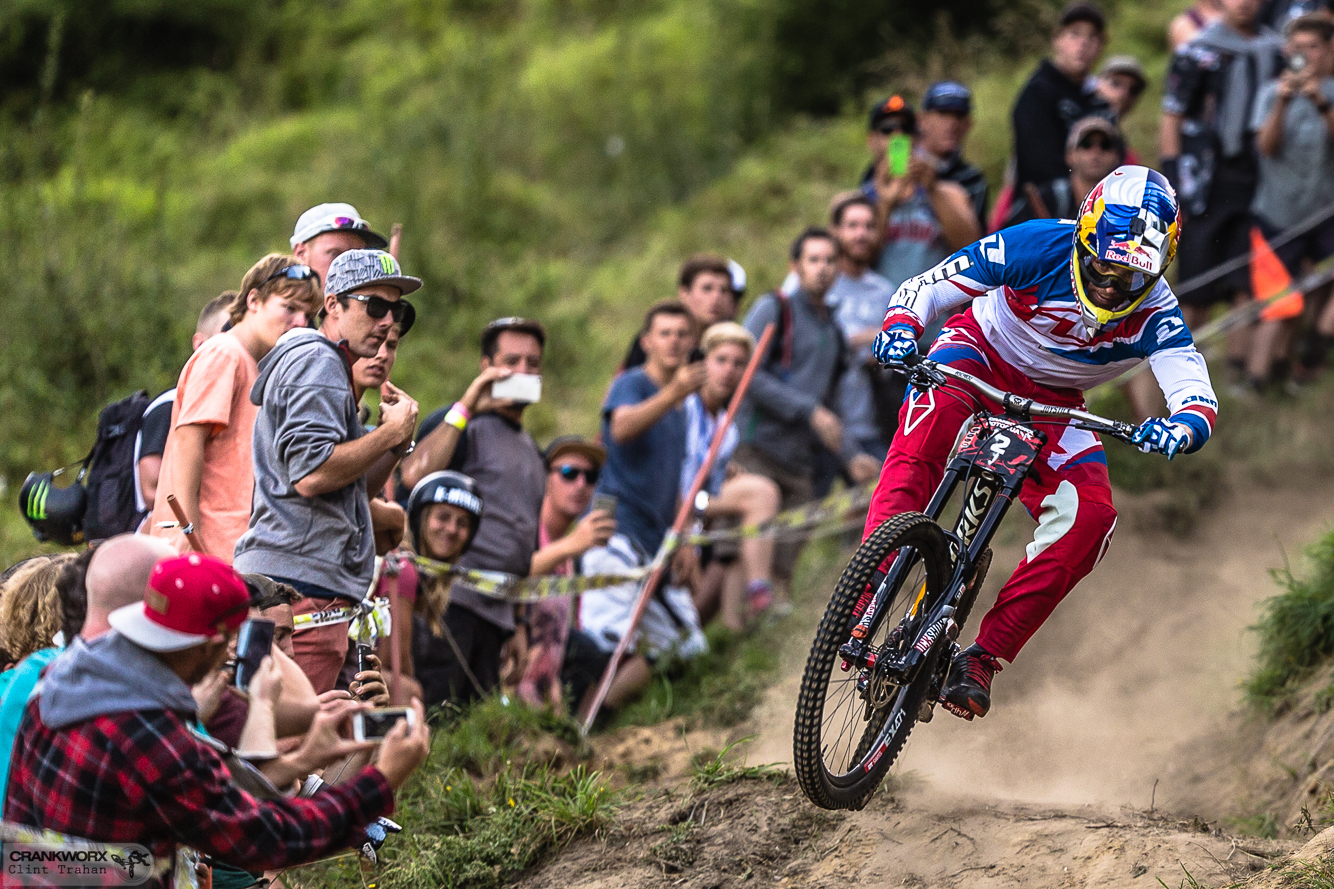 Matt Walker finished Crankworx Rotorua in the lead for King of Crankworx, Kintner comes on strong for Queen

The victor during the inaugural Crankworx Rotorua downhill last year, Bruni managed two of the Crankworx DH wins in 2015. Standing on the sidelines following his race, he looked at a packed crowd and noted he was thrilled the fans returned for the final day of the festival, after a huge crowd took in the memorial for Kelly McGarry, Slopestyle event and the Deep Summer Rotorua Photo Challenge Saturday.

“I feel good. I changed bikes, which is a big change. I’ve been working a lot and training again. Starting a season with a good feeling is a good way to start,” said Bruni. “I’m definitely starting to like New Zealand and the day has been pretty good.”

Sitting in first spot for the women, Jill KINTNER (USA) was out to build better memories in Rotorua, after a challenging 2015 where she caught a tire in a gate on the pump track to place second, and injured herself on the downhill course in practice.

“That one was a little bit unexpected, actually, so it feels a lot more fulfilling than any (of the) other wins,” she said, after pulling into top spot.. “Downhill wins – that’s like something special for me, especially with Tracey, Casey and Emilie, such good quality chicks, to compete against, and such a big stage and live feed.

“…This whole event was no joke, too. You just look at the whip jump. There’s a lot of demons you have to conquer here. And, plus, I had to go down that section where I got hurt and I had to work it out, so I’m proud of myself for overcoming a lot of things and doing new things, and massive jumps, and coming out on top. So this one means a lot to me.”

She beat out Tracey HANNAH (AUS) and Casey BROWN (CAN), and added a third first place win to her docket for the festival. She moves into a strong position at the top of the Queen of Crankworx standings, while Kiwi rider Matt WALKER (NZL) has the lead, by 75 points, in the King of Crankworx standings.

Like Kintner, Walker is very clear he’s trying to pack in as many events this season to target the crown as possible.

“It was a pretty big goal of mine coming in. Last year I gave it a nudge, but it was just too hard trying to juggle getting bikes, and getting used to bikes. Now I’ve got the proper support this year, and so I’m getting used to my bikes and really working hard toward that overall,” said Walker.

The Crankworx Rotorua action wrapped up following the downhill event, with the next festival slated to roll out from June 15–19. It will be the beginning of a new chapter for the Crankworx World Tour as it launches the inaugural Crankworx Les Gets, bringing the festival to Portes du Soleil region of the French Alps.

Replays of broadcasts are available on Crankworx.com on CWT TV and Red Bull TV, for Slopestyle: