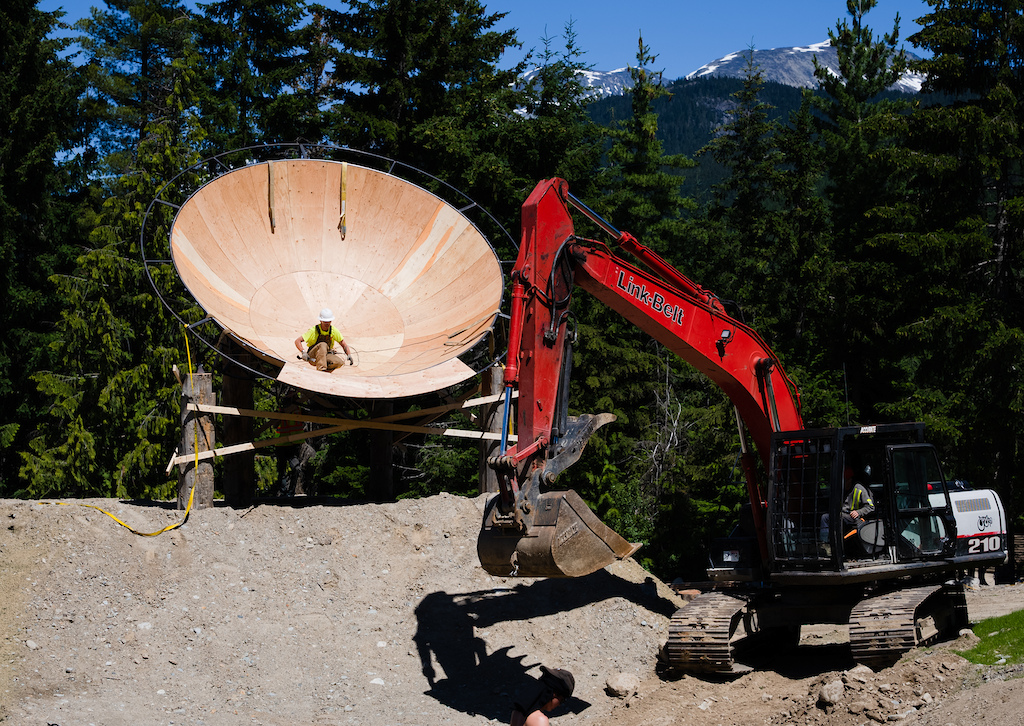 The athletes are here, with a migration from MSA is on its way (Finn, Jackson, Gracey…we can’t wait to welcome you home). The racing has begun, with three days of enduro just wrapped (congrats to competitors in the EWS Kids, EWS80, EWS100, and EWS Whistler!), Kidsworx racing kicking off, and a full day of Air DH scrubs and sends ahead. Outside the tape, the good times are well and truly rolling with park laps, group rides, après sessions in the sun, and parties going late into the night (shoutout to Pinkbike for throwing the kickoff party on Friday).

World, it’s time to get in on the action. The second stop of the Crankworx World Tour kicked off from its home base of Whistler on Friday, and August 9-14 fans around the world can tune into nine hours of live mountain bike coverage over five events on Red Bull TV and Pinkbike, and catch exclusive, behind-the-scenes content on Crankworx’s Instagram and TikTok.

Get a preview of all the athletes making tracks to Crankworx Whistler here.

The full roster of Pro events to come includes (events marked with an * will be available to watch live and on demand on Red Bull TV and Pinkbike):

Key changes to watch for this year include the epic 10th anniversary Red Bull Joyride course, and an all-new Pump Track Format.

Slopestyle
The iconic Slopestyle competition will be celebrating its 10th anniversary with a special course, including the fan-voted “Sphere” feature from Brandon Semenuk’s “REALM.” The Sphere will add a unique technical element to the course. Elevated above a 2-way Hip, this skatepark-inspired bowl sends riders into a tight corner, before launching them back onto the course. Whether riders choose to trick in/out, stall, or plant, the Sphere will add more options for creatively and individuality.

Pump Track
Traditionally, the Pump Track sees two riders line up head-to-head and drop into a maze of berms and rollers, each racing to cross the finish line first. The catch? No pedaling allowed. 2022 will see a remix of the discipline in Whistler. Instead of two racers, four will race head-to-head-to-head-to-head. Each racer will be on an identical side-by-side lane on a fast and unforgiving track. The single-run format will see the two fastest riders advance from one round to the next. This is tight Pump Track action and good times, next-levelled. A debut not to be missed.

Crankworx Whistler is going off, and #crankworxfromhome is about to join the party. See you there.