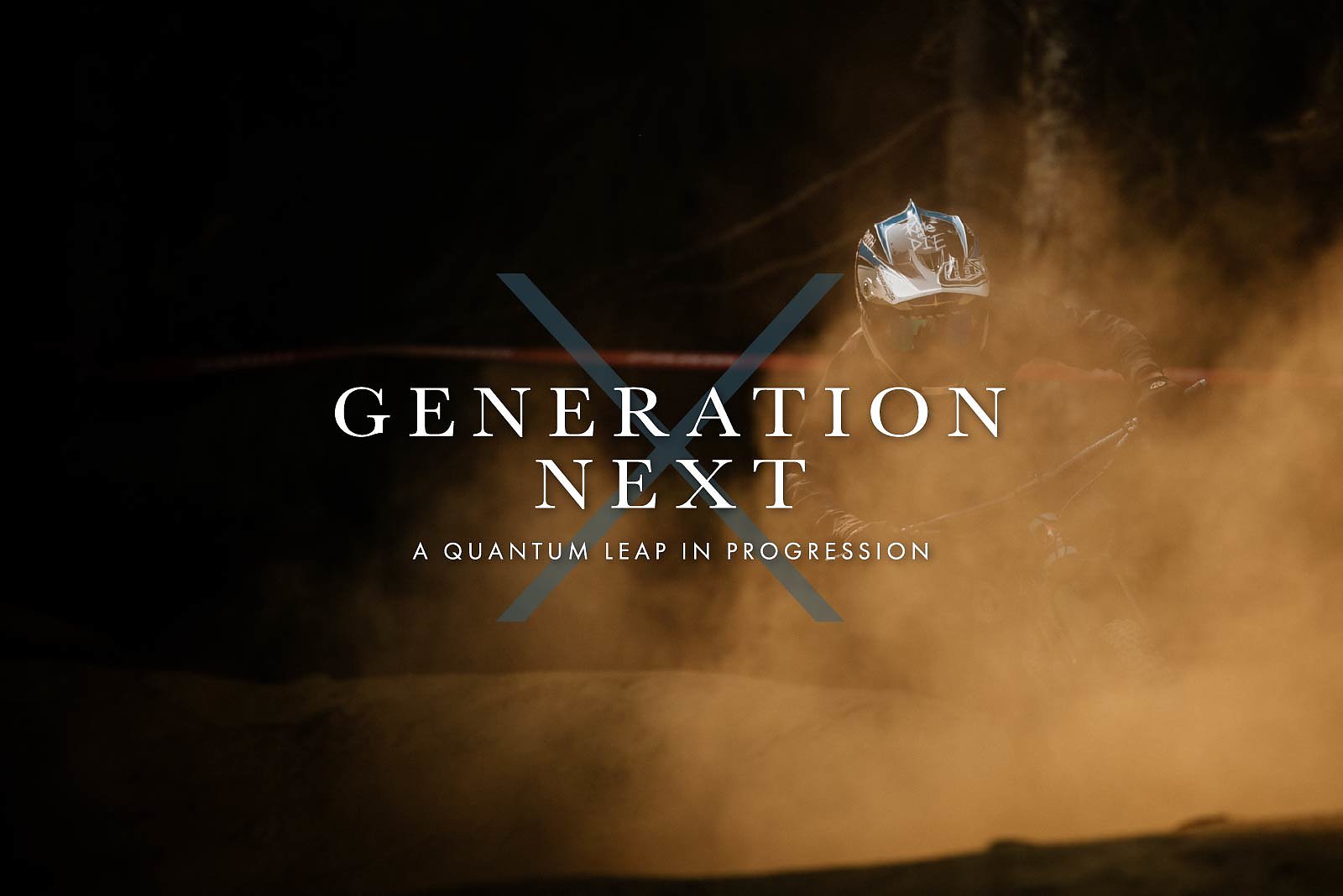 Get a taste of Freehub magazine’s latest Crankworx-focussed feature story: Generation Next

You might well know the feeling: You’re fully pinned on your go-to trail, railing corners and generally having the ride of your life, when suddenly a pack of tiny teenagers flashes past you in a pint-sized flurry of speed and fury, leaving you in dust clouds of shock and disbelief.

If you haven’t experienced this phenomenon, then brace yourself. Because it’s coming soon to a trail near you. And when it comes, this runaway train of little humans will blaze by you so quickly you’ll only wish you could be the caboose.

In the past few years, a new generation of next-level rippers has emerged, giving glimpses of raw brilliance seldom before seen at such tender ages. We’re talking about kids 11 and 12 years old who are dropping their semipro-level parents on some of the world’s most challenging trails. Or 15-year-old downhill racers who are qualifying at times faster than some of the World Cup circuit’s elite men. Even on the freeride front—until recently the domain of male riders—15-year-old girls are joining massive jump sessions with the likes of Logan Peat and Brandon Semenuk. The sheer talent of these young shredders has many predicting we’re on the verge of a quantum leap in progression—one that is bigger and more profound than anything our sport has ever seen.

“What we’re seeing right now is completely nuts,” says Anthill Films’ co-founder Darcy Wittenburg, who lives in Squamish, British Columbia, where he routinely witnesses 12-year-olds dropping their fathers on the area’s most technical trails. “Here in Squamish, we’re seeing elementary school kids who are riding better than many adult semipro riders. They can already ride the hardest lines in Squamish, which is one of the hardest places in the world to ride. And because these kids are so young, we’re only getting an inkling of what the next waves of progression are going to be like.”

For the moment, this trend is more pronounced in places already renowned for pushing the progression envelope—particularly in British Columbia, where virtually every town from the province’s rugged interior to the coastal Sea to Sky Corridor to Vancouver Island has world-class trails and a vibrant riding culture.

“For kids growing up in BC, especially between North Vancouver, Squamish, Whistler and Pemberton, they’re surrounded by a riding culture and some of the world’s best trails, so progression just comes naturally at a very young age,” says Scott Jewett, a Squamish-based sports marketing specialist and the father of two of the world’s fastest teenage riders.

Jewett’s older son, Jakob, now 17, topped the podium in every single BC Cup Downhill Series race in 2019, while also winning the 2019 Canadian National Downhill Championship in the expert 15-16 boys division. Adding to his accolades, he won the 2019 Crankworx Whistler Air DH race in the youth 15-16 division, and after qualifying to compete in the pro category for the 2019 Crankworx Whistler Rockshox Ultimate Pump Track Challenge, he plowed his way past a field of the world’s top professionals to claim fourth place in the event.

In recognition of this great leap forward in progression, Crankworx this year launched CWNext, a youth-focused category of competition across the 2020 Crankworx World Tour. The program allows boys and girls to compete in the main events in the following age categories: 13-14, 15-16 and 17-18. In addition, exceptional teenagers are allowed to compete alongside adults in the main contests.

Prior to the outbreak of the global COVID-19 pandemic—and the subsequent cancellation of mass gatherings such as bike competitions around the world—the program was already proving to be well-conceived. In the world tour’s first 2020 stop, Crankworx Rotorua in New Zealand, 16-year-old Squamish local Jackson Goldstone took first place in the men’s Official Oceania Whip-Off Championships presented by SPANK—beating a veritable who’s who of the world’s most famous and stylish adult freeriders.

Click here to read “Generation Next,” Freehub magazine’s full feature on this phenomenon.