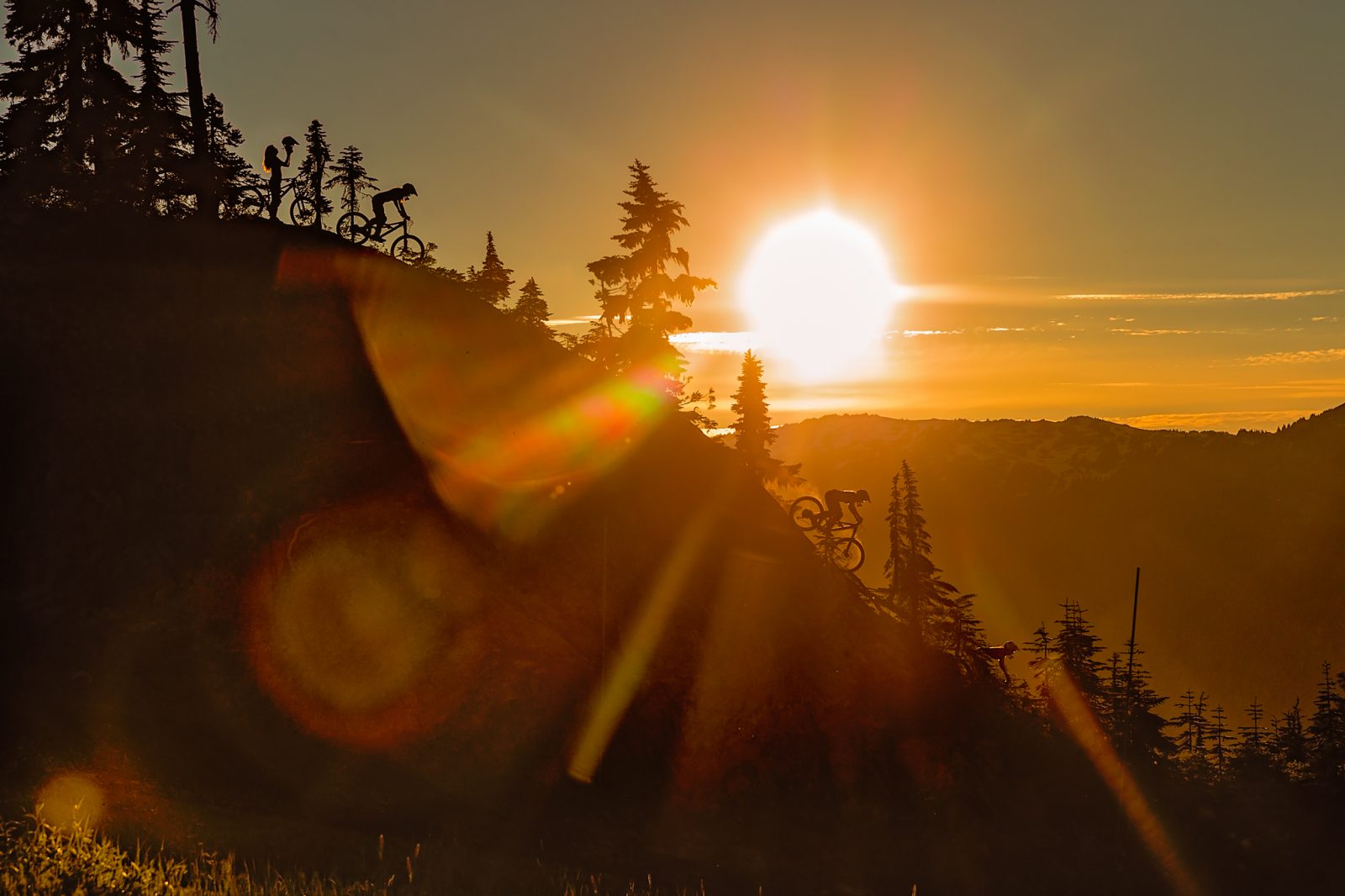 WHISTLER, B.C. Monday, May 28 — The Crankworx Double Ds are back in 2018 with the creative masters of MTB culture set to define what makes mountain biking’s photo and video world shine for the 10th year this August.

Dirt Diaries and the Deep Summer Photo Challenge are the Dragons’ Den of the two-wheeled creative world, an important place to get noticed, take notice of new innovation, and be judged by the industry’s elite.

“In the most successful slideshows, you see the camaraderie and trust between riders and photographers, you experience the anticipation and triumph of a stomped trick, and you are immersed in both the detail and grandeur of Whistler’s terrain. There is nothing like experiencing the show en masse at Whistler Olympic Plaza and being enveloped in the collective gasp, whoop and holler of hundreds of people as each slideshow rolls on,” says Michelle Leroux, who produced the first Deep Summer showdown 10 years ago.

Kiwi Sven Martin has graced this stage, just as talented Whistlerite Paul Morrison took his turn. Swedish photographer Daniel Ronnback took home a win last year, and double winner Laurence Crossman-Emms has won titles in both Whistler and Rotorua. Over the course of this journey, an earth-shattering amount of change has ensued.

Following the success of Deep Summer, Crankworx launched its ode to video. Now in its seventh year, Dirt Diaries put the story in the hands of the athletes to give audiences a slice of a professional rider’s summer diary.

Last year’s winning take on Micayla Gatto’s life and times was so successful, it spawned its own brand, Ferda Girls, that’s since taken the world by storm.That being said, the spotlight is 50/50, with the annual video showcase continually pushing filmmakers to the fore.

“This is the most exciting night of the year for filmmakers in the MTB world to showcase their sick edits and go head-to-head for the big white novelty cheque. Hosted at a spectacular outdoor theatre in the heart of Crankworx, it’ll be a night of compelling stories, mind-blowing bangers and all-time laughs. It’s the double d’s, baby,” says Matt Dennison, the man behind the lens of Ferda Girls.

Heading into 2018, the focal point for Dirt Diaries is changing. This year, the initial focus will be on the six filmmakers, instead of six athletes. Each videographer will lead the charge, naming the athlete they’ll document, with each athlete in turn providing a brief glimpse of what makes their story worth covering.

The Contestants for this year’s shows are:

Six filmmakers pick an athlete whose diary they would like to share with us. What’s the story? That’s entirely up to the team. Crankworx supplies six riders with tickets for the Whistler Mountain Bike Park, after two months of filming, an edit is due. Just 25 percent of the final product must be from the Whistler area, the one behind the camera has free licence to envision the rest.

Complete bios for our filmmakers and their athletes on crankworx.com.

Five photographers, one wildcard, three days to shoot your team of up to six people as they shred the Whistler Valley and Whistler Mountain Bike Park. Best photographic slideshow takes home $3000, with $2000 awarded to second and $1000 to third. An additional $1000 is awarded to the Peoples’ Choice, following the event.

Want to get front row seats to all the action? Tickets are on sale NOW for both the Dirt Diaries (Tuesday, August 14) and Deep Summer Photo Challenge (Wednesday, August 15) VIP Experiences, taking place  >> DETAILS.