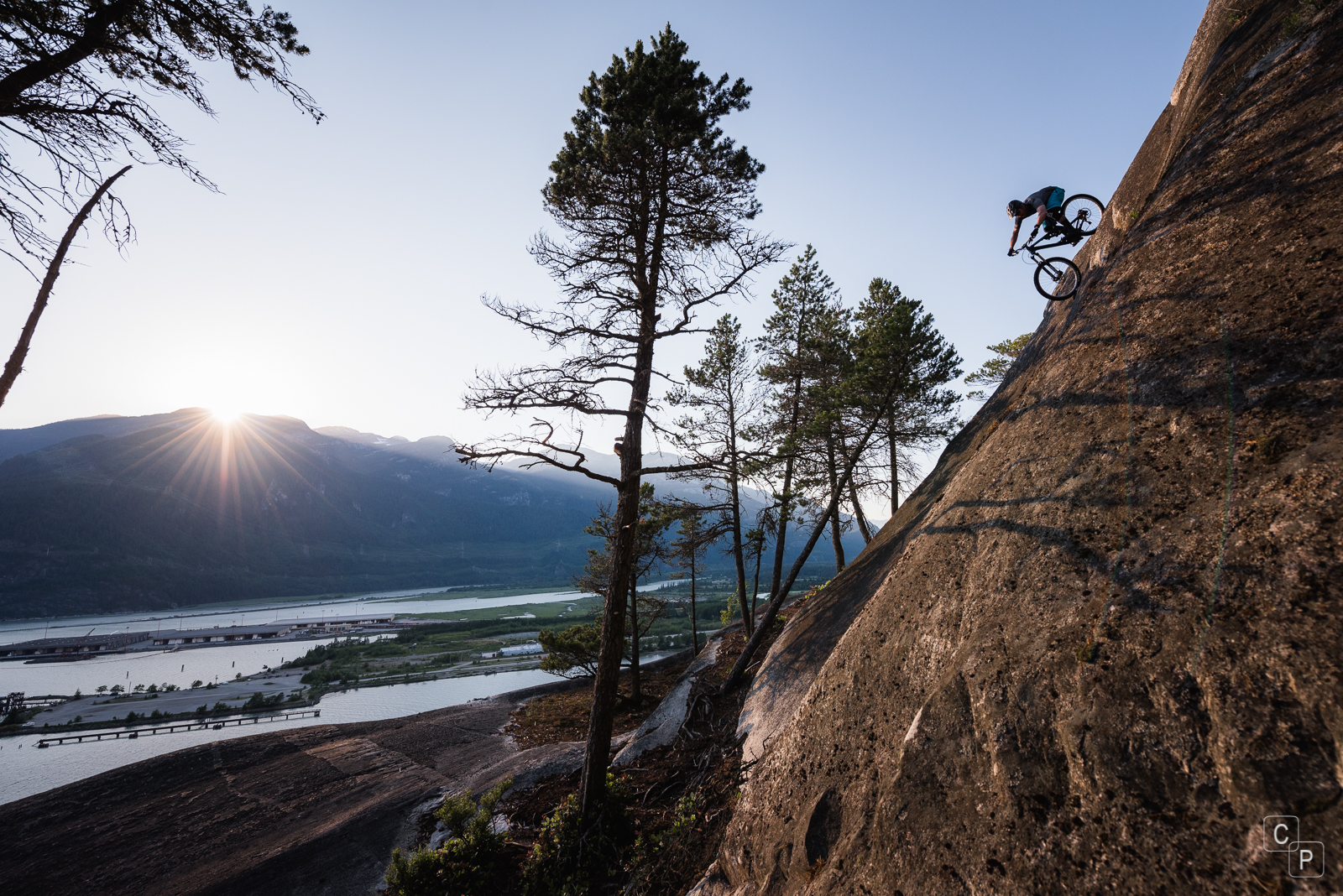 “It’s been on my mind for the past four years. Every time the wildcard comes up, I’m scheming and planning, and I’m just really excited to finally put it out in the open and show everybody in this community, and the industry, what I am capable of,” said Pilling.

Each year, Pinkbike hosts the wildcard competition, throwing open the chance to create one of the video slideshows Crankworx screens in Olympic Plaza to anyone, and everyone, who can submit three mountain biking-themed photos. Its judges then select five finalists, and the avid Pinkbike readers decide who should move forward.

Pilling is a 25-year-old, semi-professional photographer who works as an electrician’s apprentice by day and has been selected as a top-five finalist for Pinkbike readers to vote on three times.

He describes one of the photos he submitted as his most amazing shot to date. Featured above, it was taken from The Malamute, in Squamish, B.C., and shows rider Dylan Forbes rolling out over a 15-foot shelf, a 200-foot drop to the forestry work yard below leaving no room for error.

“He had to do the transition and make a hard left-hand turn immediately after,” said Pilling, who positioned himself in front of the drop, so he could push Forbes from his bike should he come to close to the edge.

The shot is the kind of evocative work the audience has come to expect from the competition and he’s hoping it will earn him a top spot in the competition.

The Samsung Deep Summer Photo Challenge is based in Whistler Olympic Plaza and begins at 8:30 p.m., just at dusk. The photographers will compete from August 13 to 16, working with a group of hand-selected riders to build their perfect showcase of the region’s gnarly trails. They will be asked to create a show which includes three iconic shots—or shots of areas which have been taken so many times it is a genuine challenge to give it one’s own spin.

The iconic shots are the same as last year and include the Whistler Mountain Bike Park‘s GLC-drop, the Garbanzo Tree Island hip-jump, and a shot from Top of the World with Black Tusk in the background. Last year, the judge’s pick, Sam Needham, earned bonus winnings for securing first place on all three iconic shots, which stand as a competition within the competition.

Sam Needham’s winning iconic shots, the Garbanzo Tree Island hip-jump (left), and the GLC Drop (right), shot in the eye of a rider.

Tickets can be purchased for $8 online at Crankworx.com/event/deep-summer, and are also on sale for Dirt Diaries, at Crankworx.com/event/dirt-diaries. Dirt Diaries runs the evening prior and showcases videos made by six mountain bike athletes, whereas Deep Summer highlights the talents of the many still photographers that keep mountain biking on the cover of magazines the world over.

The five other photographers featured for the Samsung Deep Summer Photo Challenge this year are Simeon Patience, Ben Haggar, Tommy Wilkinson, Baxter Redfern and Ashley Barker. Each will be competing to secure either the judge’s top pick or the favour of online voters. For 24 hours following the show, fans will be able to log onto Crankworx.com and vote for their favourite show; the shows will all be embedded on the website and featured on the Crankworx YouTube account.

Images for media use can be found on the Crankworx Flickr account. Please give credit to Crankworx and the photographer listed.

Tread among the gravity-fed. Join the bike-minded.
www.Crankworx.com