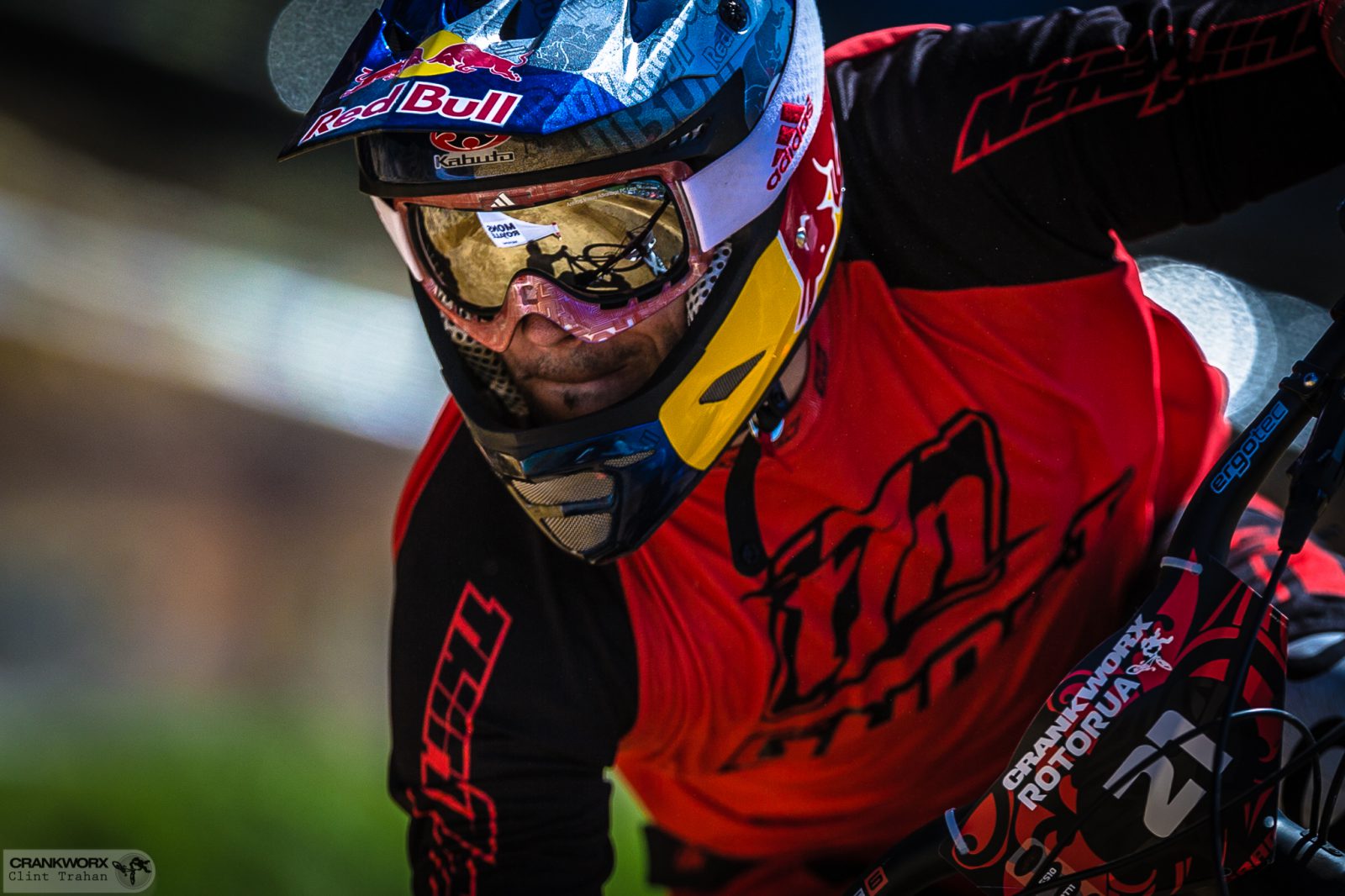 STRING OF ATHLETES IN CONTENTION FOR KING

Social: Men’s gravity mountain biking takes it to the #NextDimension with 2017 King of Crankworx … http://bit.ly/1nJfA3t

Season-long gravity mountain biking contest pushing talent to go above, beyond and into new disciplines

“It’s good to be king and have your own world, it helps to make friends, and it’s good to meet girls”– Tom Petty

FOR IMMEDIATE RELEASE
WHISTLER, B.C., Tuesday, March 7, 2017—In the two years since Crankworx launched its season-long test of skill and staying-power, there has yet to be an odds-on favorite for King of Crankworx.

Coming into 2016, reigning King Tomas Slavik (CZE) wasn’t even on the radar, let alone a contender for the toughest competition in gravity mountain biking. In accumulating more points than any other athlete in the men’s field, however, the former Fourcross World Champion has set himself a world apart—and put a bullseye on his back for 2017.

“There are so many big names charging for this title, and it’s (worth) so many events and points, it’s almost impossible to say who will be the guy at the end,” says Slavik (CZE), who fully admits the idea of “getting ready” in off season goes out the window when comes to the Crown.

With less than a month to go before the first of four Crankworx festivals gets underway, Slavik acknowledges it’s anyone’s game once more this season as there are so many variables at play.

Crankworx will include 23 competitions, in six disciplines, in the points tally for the title. It has tweaked the competition, removing the whip-off and Whistler’s cross-country event, and adding two new air downhills, based on the iconic Fox Air DH in Whistler.  And just as it was last season, earning the Crown will require competing in a minimum of two disciplines.

The frontrunners have clearly taken the hint and started expanding their repertoire of strengths, knowing it’s going to take more to hit the scoreboard. And it’s reshaping the face of gravity competition.

Discovered on the Crankworx Les 2 Alpes pump track, at 19 years old, the first Pump Track World Tour Champion, Adrien Loron (FRA), has just ventured into downhill, racing Red Bull Valparaiso Urban DH in Chile and the iXS DH Cup in Bariloche last month, in hopes of improving on his streak as a frontrunner.

The inaugural King of Crankworx, Bernard Kerr (GBR), was injured training for the Mons Royale Dual Speed and Style, knocking him out of contention right out of the gate last season, but he isn’t backing down. After succeeding with a scattergun approach in 2015—w ith strong finishes in pump track and dual speed and style—he’ll be gunning for his strength and piling on the downhills.

“I will, for sure, be still going for all-out speed to put me in contention of the King of Crankworx title again as this is definitely what helped me win it back in 2015,” he says. “There is some new rules now, and different events, and more stops, that I feel are going to play to my advantage. I really can’t wait to get it underway and get my Crown back.”

Fortunately for fans who love the chase, Kerr’s strategy will have plenty of followers. There are more downhill events than any other discipline in this year’s competition—and more downhill athletes vying for the Crown.

Sam Blenkinsop (NZL), who was second in contention last season , and Matt Walker (NZL), who led the pack coming out of Crankworx Rotorua, will no doubt shred in the first round as they look to set the stage for their year.

Walker left Crankworx Rotorua last year looking like a King, but the shine was gone from his season before stop two.

“Injury put me out of contention and I’m looking for redemption. I’ll be doing as many events as possible to get points across the board,” says Walker, who must also defend his Giant Toa Enduro win.

A dark horse for the Crown, fellow Kiwi Keegan Wright has had some interesting victories of late. Last month, Wright was the surprise winner in the New Zealand national championships, near Wanaka, and also won the 2W Giant Enduro, in Rotorua, taking out the likes of Wyn Masters (NZL) and Justin Leov (NZL). He’s also been known to podium in the pump track.

A total of four Americans, all with backgrounds in different disciplines, will take the stars and stripes into battle: Barry Nobles, Mitch Ropelato, Kyle Strait, and retired slopestyle and freeride legend Cam Zink.

Nobles took a good run at the title in 2016, and added a speed-and-style-like kicker to his backyard this winter to get into competitive rhythm. And Ropelato has shown he’s got as good a chance as anyone racking up points, and can be outright dominant on the pump track, with wins in 2011, 2012, 2013 and again last year in Whistler.

And we wouldn’t want to discount good friends, and slopestyle compatriots, Strait and Zink. Both have racing backgrounds to draw on, with Zink winning multiple dual speed and style golds, and Strait proving he is always a contender for the podium in dual slalom, speed and style, and on the pump track. He has even built a dual slalom course at his house this winter.

Crankworx Rotorua runs March 25 – April 2, and will be broadcast live, all season long, on Crankworx.com and Pinkbike.com.  Tickets are on sale now at Crankworx.com.