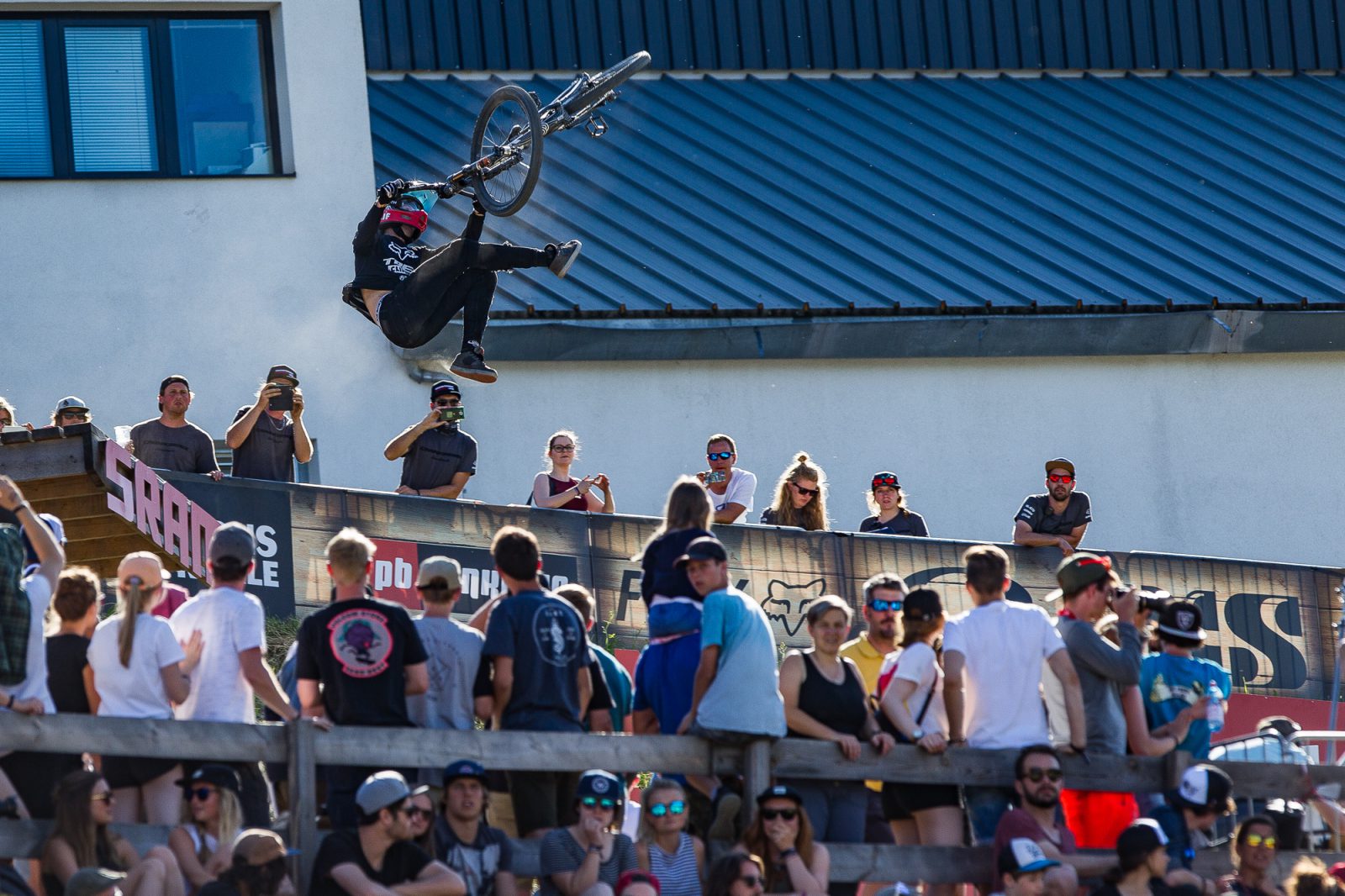 Riding the edge of progression, imagination, dedication and skill will be: Brett Rheeder (CAN), the most decorated athlete competing in the discipline today, with six Crankworx wins to his name. Nicholi Rogatkin (USA), the #1 ranked rider in the world, undefeated at Crankworx Innsbruck and the only rider to ever claim the Triple Crown of Slopestyle. Emil Johansson (SWE), back from an early season injury and ready to compete in his first contest since his triumphant return at 2018’s final SWC contest in Whistler. Plus, consistent challengers nipping at their heels, and the new guard, waiting in the wings and looking to make their mark.

Over the past two years in Innsbruck, Rogatkin and Rheeder have each gone two for two, the American taking first and the Canadian second in both 2017 and 2018.

23-year-old Rogatkin and 26-year-old Rheeder are once again favourites heading into the Crankworx Innsbruck Slopestyle, with Rheeder carrying the momentum from a win at the season’s first stop in Rotorua, New Zealand. Rogatkin is coming off a rocky start after finishing in ninth. In 2018, Rheeder debuted two new tricks in Innsbruck, including a flat drop backflip oppo tailwhip.  For his part, Rogatkin put together a near-flawless run, including his trademark Twister.

“I used to hate the rivalry,” said Rheeder about the constant attention paid to the battles for the top, first between he and Brandon Semenuk, and more recently Rogatkin. “Now I’m able to look at that and say, ‘that actually was the reason why he went and learned those tricks, and that was the reason why I learned my tricks.’ And then when you step back from it, you can see ‘Oh, the sport actually just went up three notches.’”

Returning to the playing field, the next generation Big Swede. Johansson will be looking to continue the long tradition of Swedish Slopestyle excellence, on a course he took fifth on in 2017. That last Austrian finish was in the midst of his break out season, which wrapped with a third place finish in Red Bull Joyride, and the overall season title. His momentum was interrupted the following year when he was diagnosed with a congenital sixth lumbar vertebrae defect that saw him miss competition for most of the season. He did manage to end his season on a positive note, a seeming surprise even to himself – dropping in first with barely any practice time under his belt, the 19-year-old finished his day in fourth with an 86.75.

Other riders to watch for:

June 15 will see the return to a course that’s proved a winner in itself from the word go, enabling riders to showcase their best and pull off some of the highest scoring runs ever seen.

The crew from Elevate Trail Building, including Tom Hey, Emmerson Wilken, Kepler Rek, Scott Bedford and Remy Morton have spent 14 days rebuilding the Slopestyle course (along with several of the other courses that will be hosting the world’s best over the five days of the festival) that debuted in 2017.

Hey describes the course in Mutters, set against a backdrop of the Austrian Alps above Innsbruck, as “…a flat drop into a monster dirt to dirt, into a high speed berm, straight into a cannon log which leads into the hip section. It goes left then right so riders need to be able to trick both ways. Then a classic fruit bowl which saw 720’s in and out last year, ending in the final trick jump which should bring out the biggest tricks!”

A recent stretch of dryer weather has made for some long days mixed with epic sessions for the crew, who initially were challenged by a late blast of winter. Delayed snow melt aside, all’s looking primed and buffed to perfection ahead of Saturday’s contest.

What’s on the Line

The winner will walk away with the gravitas that comes from a win at the only European Slopestyle contest on the Crankworx World Tour. Top riders will take away points toward the Crankworx FMBA Slopestyle World Championship. And for Rheeder alone, there’s a chance to add fuel to the fire he lit in Rotorua in the hunt for the 2019 Triple Crown.

Catch all the action from the Crankworx Innsbruck Slopestyle (Saturday, June 15) LIVE on all your devices on Red Bull TV and crankworx.com.

High-res photos for media use: Dropbox