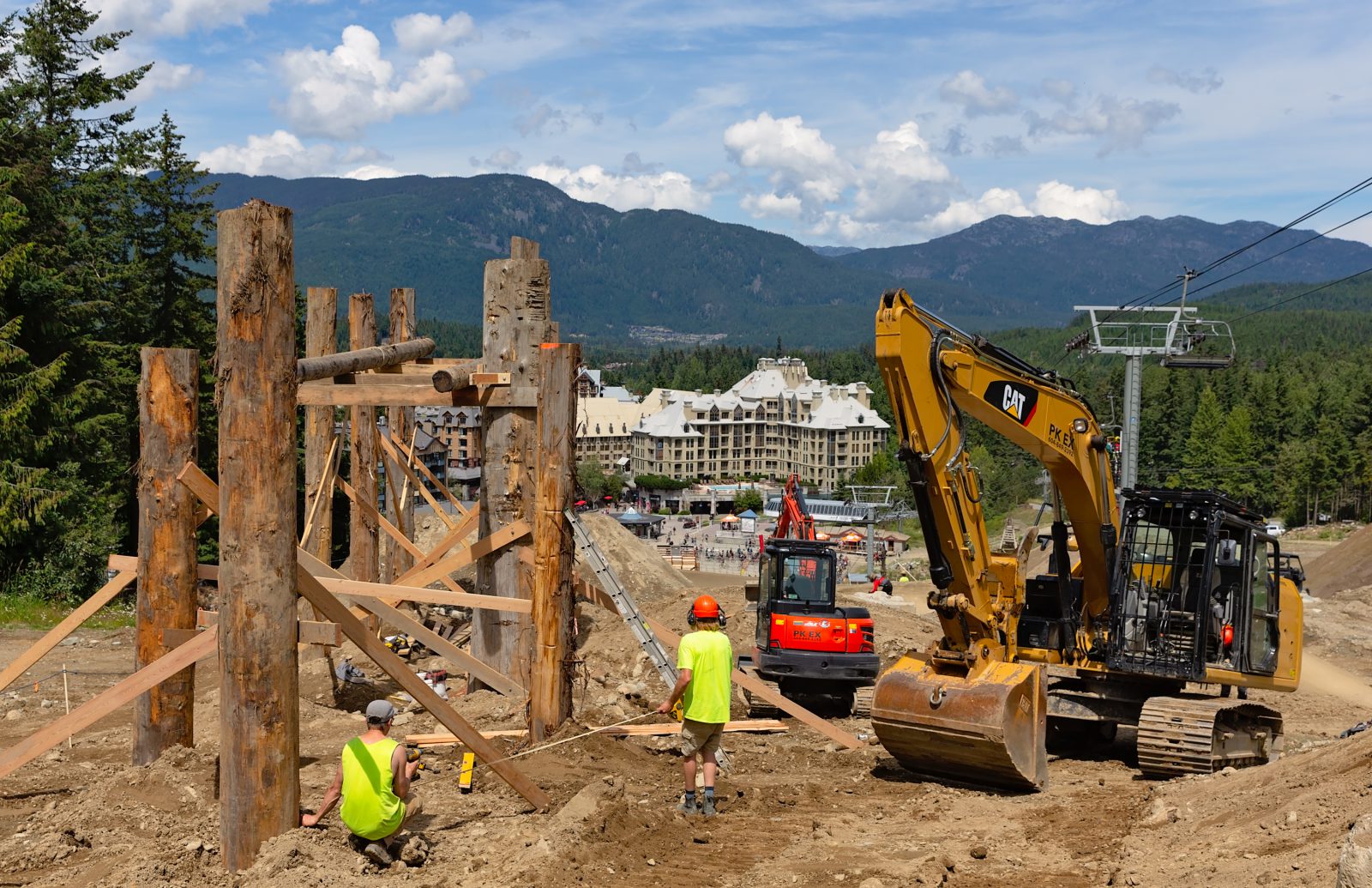 WHISTLER, B.C. July 23, 2019 – The biggest Slopestyle Mountain Bike course in the world is taking shape. 25 days from now, 14 of the world’s best will line up at the storied Red Bull Joyride start gate to show the world what they’ve got. 30,000+ pairs of eyes in the Whistler Mountain Bike Park will follow their every move, every pedal stroke and every trick, with hundreds of thousands more around the world watching the action from home on Red Bull TV.

Today, the list of invited riders who’ll be taking on the final Crankworx FMBA  Slopestyle World Championship (SWC) contest of the season was released.

Riders invited to compete in Red Bull Joyride are made up of the top six pre-qualified athletes from the 2018 SWC standings and the next top eight in the FMB World Ranking as of four weeks prior to the event.

Next top eight in the FMB World Ranking

If the results from Crankworx Innsbruck are any indication, it’s anyone’s game. Making his Slopestyle debut (coming from the world of BMX Freestyle), Godziek entered the arena with a vengeance. His first run proved he has what it takes, and his second solidified it, earning him the third spot on the podium. Johansson, just returning to competition and working his way up the ranks, pulled off two never-before-seen tricks and bumped Rheeder out of first place in his second run. But Rheeder answered back. Dropping in last, he earned the highest score of the day. The win was his second of the season, adding to his overall points total for the Crankworx FMBA Slopestyle World Championship, and bringing the Triple Crown of Slopestyle within reach.

It’s a position he’s been in before. The Canadian is no stranger to the pressure of competition – with seven Crankworx wins under his belt, as well as a win at Red Bull Rampage, his skills and experience speak for themselves.

But those who know, know. Red Bull Joyride is different.

“It’s the toughest course in the world,” says Paddy Kaye, owner of Joyride Bike Parks, whose been involved building trails in the bike park since Day One, and working to create the Crankworx Whistler Slopestyle course for the past nine years. The veteran builder says it’s a combination of factors that make it so: the size of the crowd. The enormity of the jumps. The event’s history and status within the sport.

Kaye and his crew of 14 have been preparing for Red Bull Joyride for the past three months – planning, moving dirt, and building the eight meticulously-crafted features that snake their way through the Boneyard at the base of the Whistler Mountain Bike Park.

“A project like this is daunting. You come every May and it’s a flat track. It’s a new canvas… We move a lot of dirt and it’s got to be done efficiently for it to work, and you’ve got to come out with a product that is great for the event and the sport, and safe for the athletes.”

For 2019, the course has received a redesign featuring some new innovative features set to shake things up for the riders. The first full look at the course will come in early August, but Kaye shared some insights as the crew heads into the final month.

“This year’s course has a new feel to it. There are several new features. We’ve used the original line that we’ve found works for speed on the slope, but mixed it up. We’ve added some more optional features, so the riders can show different styles and skills.”

An overall change at Crankworx this year that’s given Kaye and his crew some room to breathe, is Speed & Style and Dual Slalom’s move to Blackcomb Base 2. Traditionally the courses intermingled with Slopestyle, but their relocation broadens Red Bull Joyride’s footprint, and will give riders more time to train on the full course.

Kaye says the 2019 course combines some massive new features (“stuff the guys haven’t seen”) with some that are more familiar, striking a balance between pushing progression, and laying the groundwork for it.

“Back in the day it was the builders and the tracks that were changing a lot and being progressive, but we saw a lot of crashes as riders tried to figure courses out. Now the tracks are progressing, but the riders are progressing at such a rapid pace that they’re owning these tracks… I think overall what the riders are doing, and what the builders are doing, is working. It’s pushing the whole sport.”

The full course release will take place in early August. Practice for the riders invited to compete will kick off Tuesday, August 13.

Red Bull Joyride 2019 will be broadcast live to the world on all your devices on Red Bull TV and crankworx.com.