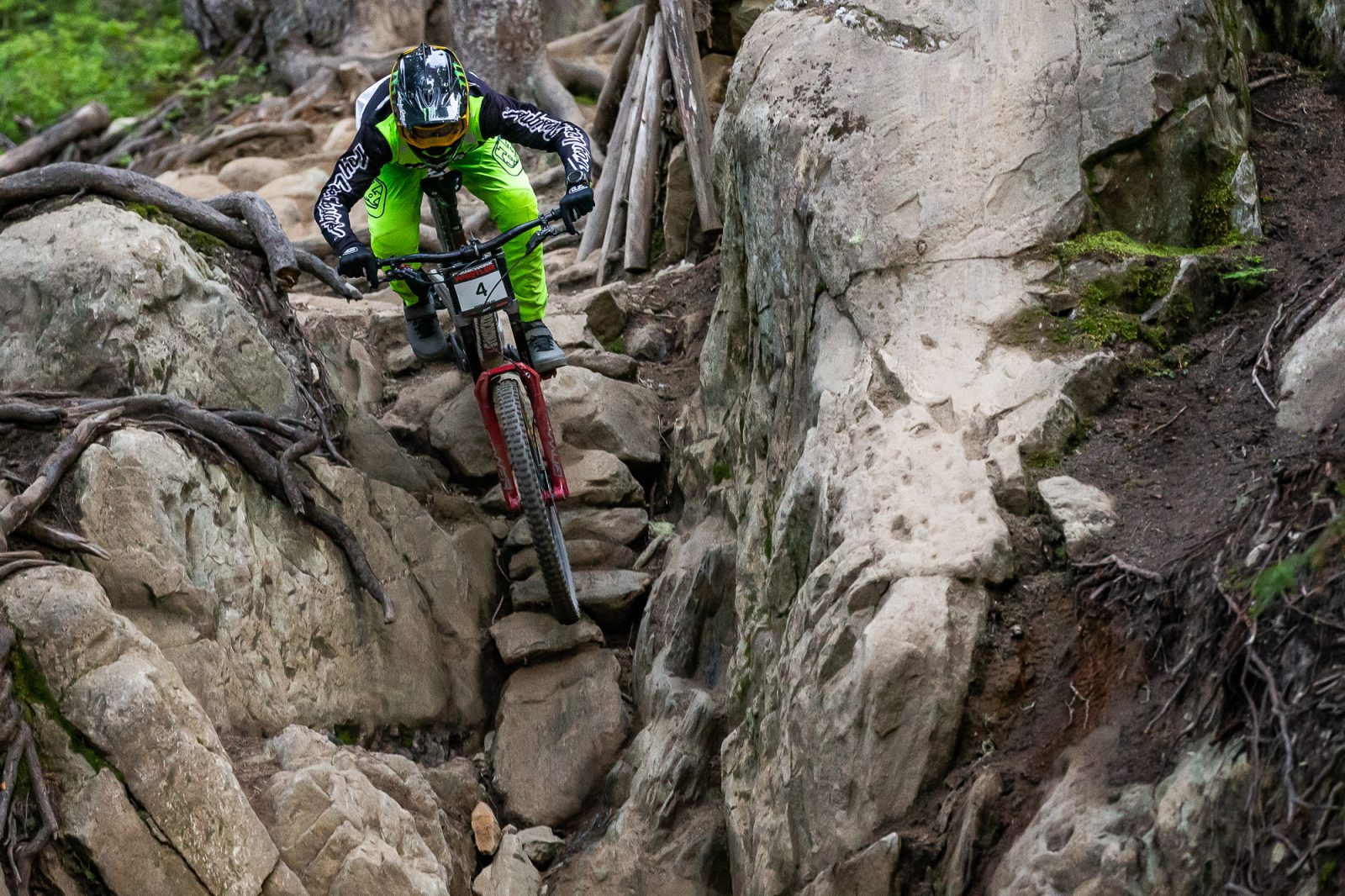 Ropelato boosts up to fourth in the overall as he tops men’s podium in the Garbanzo DH alongside Georgia Astle, who repeats on all-Canadian pro women’s podium

WHISTLER, B.C. August 9, 2019 – Mitch Ropelato (USA) had his eyes on the prize today as he dropped into the Garbanzo DH, the first event of Crankworx Whistler 2019. The prize in question? A win that would boost his ranking in the race to be named King of Crankworx. His points pursuit left him gasping in agony as he stopped to catch his breath in the finish corral of the 12+ minute race.

“It felt good,” he said, despite the pain. “I needed to get some points and catch up to the rest of the guys in the overall. So today was good for that.” His winning run pushes him from seventh to fourth in the overall. “Now I’ll focus on Air DH and Dual Slalom and see how we go there.”

Ropelato is more known for his skills in head-to-head racing, with numerous Crankworx wins in Dual Slalom and Pump Track over the years. The 30+ second races are a stark contrast to today’s winning grind down some of the Whistler Mountain Bike Park’s most technical terrain, a feat he accomplished in 12:36.68.

The second place finisher also benefited from the points accrued. Adrien Loron’s (FRA) race run, which left him doubled over and grasping at his stomach, pushes him into first in the overall.

Standing alongside Ropelato on the top step, repeat winner Georgia Astle (CAN) said it was relentlessness that helped her clock the winning 13:57.59.

“There are a few transitions between the trails where, not only is it a flat corner that you want to brake on,” said the Whistler local of the loose and gravelly sections of trail, “but you just have to brake early and pedal out of it, and then keep pedalling.”

Her 2019 time was more than 30 seconds faster than the one she clocked in 2018. She said a few changes to the course, including touch ups to Duff Man and Gold Triangle, mixed with a wetter than average July, helped her push to the top.

“It’s been an amazing summer for B.C. We’ve had consistent rain every week to keep the dust down, and the forest fires as well, so pretty ideal for the trails. They were mint.”

Behind Astle, Casey Brown (CAN) crossed the line second fastest, while Canadian National Downhill champ Vaea Verbeeck (CAN) took third. Verbeeck is the current overall series leader in the Queen of Crankworx race. Her points from today push her even further into the lead, as she prepares for five other events over the next nine days of the festival.

The King and Queen of Crankworx will walk away with an additional $20,000 paycheque at the end of Crankworx Whistler, wrapping up a season of battles across multiple disciplines on the Crankworx World Tour.

Next up, the largest race in the history of the Enduro World Series takes to the trails of the Whistler Mountain Bike Park and the surround valley, as the two-day CamelBak Canadian Open Enduro presented by Specialized launches.