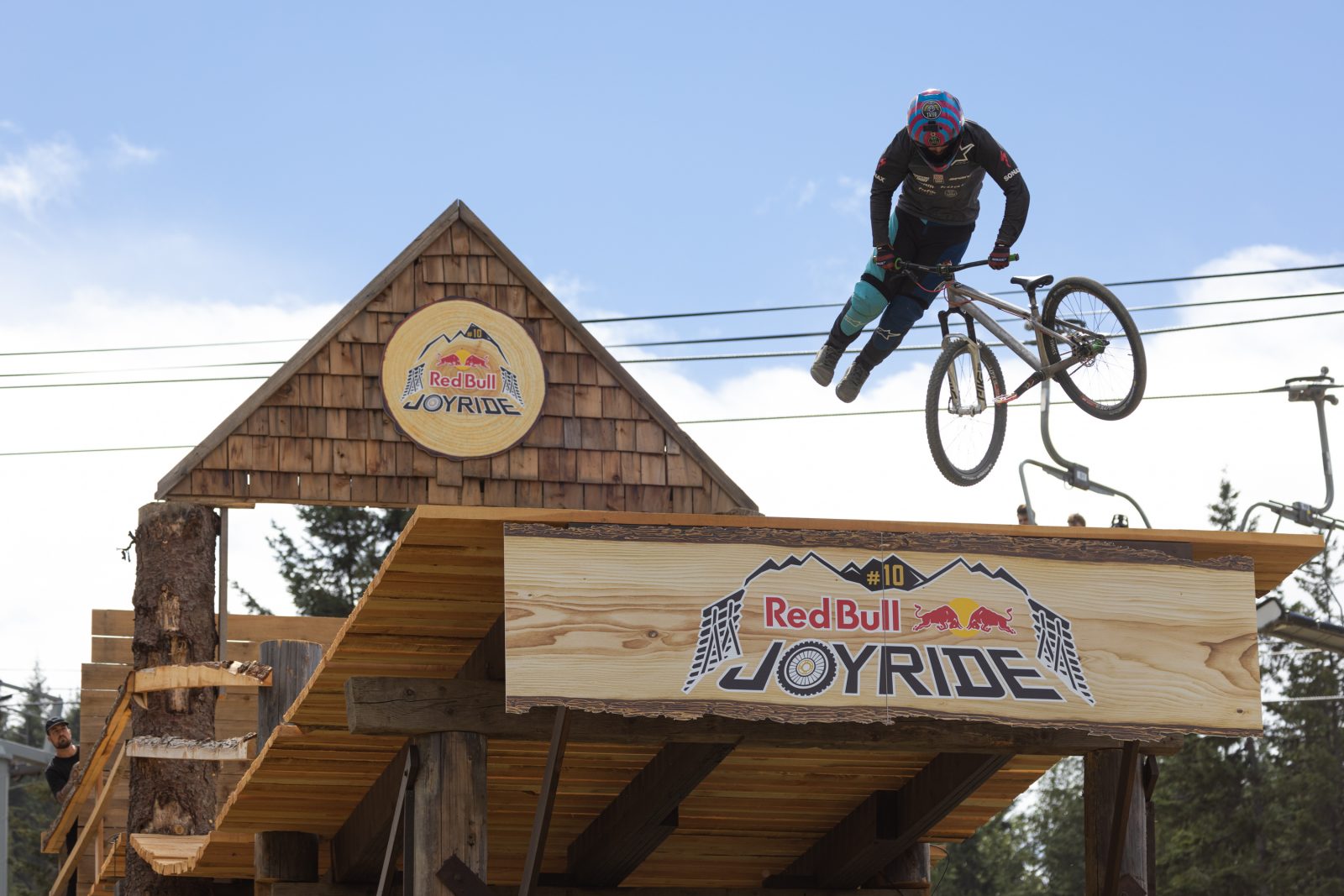 Nicholi Rogatkin will forever be cemented in Slopestyle history, as the first-ever winner of the Triple Crown of Slopestyle back in 2018. With a run scoring 96.5 points on the infamous Red Bull Joyride course, he accomplished a feat that many riders didn’t think was possible until that very moment. As he rode into the finish corral (after throwing down his signature twister straight into a double backflip), the crowd of more than 35,000 burst into a roar maybe never outdone still to this day (although the decibel levels when Tomas Lemoine hucked the final feature during this year’s event may be a close second).

Since that day, Rogatkin has been on the Crankworx Slopestyle podium four times, taking home two silver and two bronze, but the elusive gold medal is still waiting to once again be claimed by the Specialized rider. As he looks to the latter half of the 2022 Crankworx World Tour season, his goals are simple ahead of riding in the Southern Hemisphere: “I’m hungry for a win in Slopestyle, so I’ll be going for that!”

Before getting ready to follow the sun to the Land Down Under, Nicholi took us through what his past few months have looked like, spending a lot of time in North America and Europe competing at the highest level of Slopestyle. It was the first time in a long time that many events were back in full capacity with large numbers of fans on site, and if you’ve seen Nicholi compete then you know he feeds off the energy of the crowd more than any other rider out there.

Having ridden at both Crankworx Summer Series Canada x SilverStar and Crankworx Whistler this past summer, we asked for his take on the fan support: “Being back in Canada with fans in full force gave the riders some serious motivation! Myself especially, I get so fired up riding in front of crowds. The fans in Silver Star and in Whistler showed us some serious support!”

Hyped off the energy of the crowd during Title Slopestyle at SilverStar Bike Park, his final run scored him a 91.0 after “risking it on different parts of the course.” After slotting into third place, he turned his attention to getting into that winning mindset ahead of what was arguably the biggest event of the season – the return of Red Bull Joyride. Back from a two-year hiatus, Crankworx Whistler made its grand return to the epicentre of mountain biking and the infamous Red Bull Joyride course was once again opened to the best in class.

With the largest crowd we’d ever seen spread throughout the course, wrapped around the boneyard, and the eyes of many more watching from across the globe, we asked one of only fifteen people in the world what it felt like to drop in. “Competing in Whistler on the infamous Red Bull Joyride course is always such a rockstar feeling! The experience of being part of that event is unbelievable!” Always one to fully commit, Nicholi pulled out all the stops for the 10th anniversary of the event, but with a crash on both runs he wasn’t able to snag the result he was hoping for. “Unfortunately for me this year, both of my runs went wrong… I’ll be looking for some redemption at Crankworx Cairns and Crankworx Rotorua!”

So in case you weren’t planning on tuning in live on Red Bull TV for Cairns and Rotorua (although we don’t know why you wouldn’t be…), now you simply have to.

After a brief stint in Whistler, Canada, it was off to Nuremberg, Germany for the return of Red Bull District Ride after its half a decade long absence. If you thought the crowd at Crankworx Whistler was big… In front of the largest group of spectators in the event’s history, Rogatkin dropped into the city centre and put down a run that earned him a silver medal. On how it felt to once again ride the Slopestyle course in the historic town, he shared: “The atmosphere of District Ride is so unique, taking over the city like that creates such a crazy vibe. There were over 120,000 people watching us, so riding through those s Nuremberg streets was absolutely wild!”

Not quite done with the travels yet though, the Specialized athlete then jetted off to the United States for Proving Grounds where he and many others found the opportunity to learn from the best and support one another in their continual push for progression. While Nicholi has his own personal goals, he is also the unofficial title holder of mountain biking’s biggest advocate, as his passion for the future of the sport and its athletes is second to none. Having helped to pave the way for many of the athletes we see across all disciplines today, we asked him for his outlook on the sport’s coming years: “I feel beyond hyped for the future of the sport! All riders, male and female, are pushing the limits of mountain biking so much, and everyone is so supportive of each other. Together we will push this sport as far as it can go, and there is no limit!”

Speaking of blowing past the limits… While it’s important to look back on past moments, cherish the victories and learn from the mistakes, it’s equally as important to look to what’s coming and determine your future goals. Mental preparation is just as necessary as physical preparation, according to the Slopestyle icon who now has his sights set on the last two stops of the 2022 Crankworx World Tour. “Slopestyle is a sport where you have to be prepared for anything and you have to always be ready to go out of your comfort zone. The best preparation is riding other mountain bike contests and events because the mental and physical preparation required is honestly so difficult!”

Well he certainly has riding other mountain bike contests and events covered.

With Crankworx Cairns now less than three weeks away and Crankworx Rotorua coming in hot shortly after, we asked Rogatkin, bearing in mind the ups and downs of the past few months, how he’s really feeling about two more Slopestyle events this year. Simply put, he’s “so pumped.” Taking on an entirely new, never-before-ridden course at Crankworx Cairns (check out how the build is shaping up) and going into Maxxis Slopestyle in Memory of McGazza at Crankworx Rotorua with both a bronze and silver medal from past years… he’ll be going for the gold.