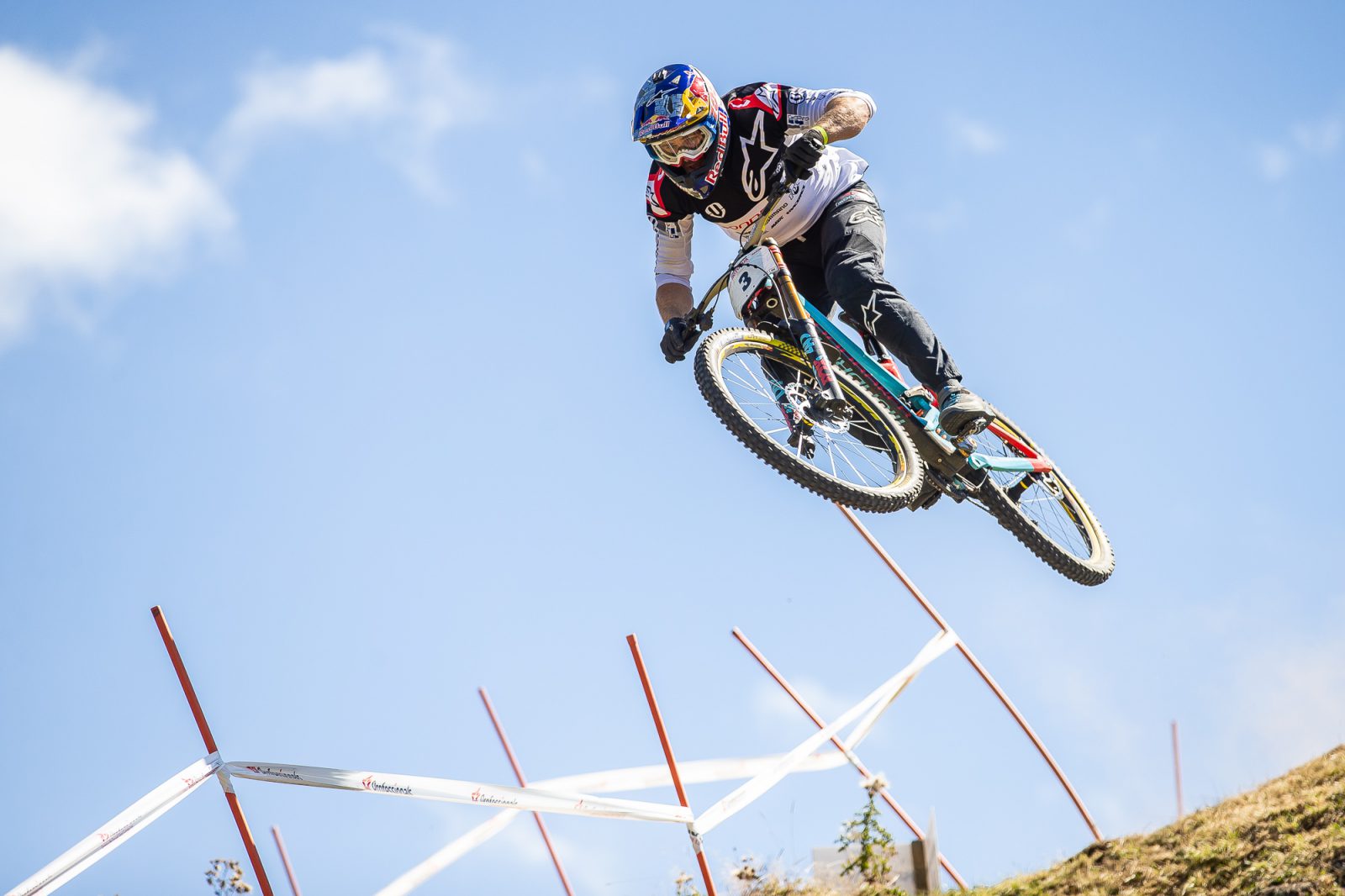 ROTORUA, NEW ZEALAND March 22, 2019 – “I was crapping my pants, to be honest,” said a breathless Tracey Hannah (AUS) from the finish corral of the Crankworx Rotorua Downhill presented by The Professionals, the kickoff to international downhill season.

“It’s the first race of 2019,” she added after she’d had a chance to catch her breath. “You don’t know what to expect. I’ve been training completely on my own with my coach. I haven’t been riding with anyone. You just don’t know. You just know that you’ve done the work. You don’t know on paper what it’s going to look like. I’m really happy.”

It was a feeling echoed by the winner of the Pro Elite Men’s category, Brook MacDonald (NZL).

“It’s always a bit nervous coming into this, knowing where you’re going to stack up,” said MacDonald. “I feel pretty good heading into the season.”

With two big results in the past five days, the Bulldog has good reason for positivity. His win today comes on the heels of another podium-topping performance in last weekend’s New Zealand National Championships.

“It’s pretty amazing. Good way to kick off the season. Some big names here,” he added of the field that included current King of Crankworx Sam Blenkinsop (NZL), Laurie Greenland (GBR), Finn Iles (CAN), and current World Champion Loic Bruni (FRA). The latter dropped in second last with MacDonald in the hot seat, but didn’t have the run he was likely hoping for. “Obviously unfortunate for Loic who had a flat tire. It would’ve been good to see what he would have done. But that’s racing. I’m pretty stoked. Good way to lead into the World Cups.”

MacDonald just narrowly edged out Iles, who one-ups his performance from last year.

“I’m pretty happy. First race of the year is always a bit nerve-wracking, but last year I got third here and this year I got second, in completely different conditions,” said Iles. “It was  a close race.”

So close, in fact, that the top three were all within half a second of each other. MacDonald finished in 2:52.87 and Iles in 2:52.96 . Rounding things out was George Brannigan (NZL), who sweat it out in the hot seat through nearly two dozen riders, with a time of 2:53.24

For Hannah, she says her win today is just the start she was looking for, after “a tough year.” She was sidelined with a concussion the weekend before the same race at Crankworx Rotorua in 2018.

“I’m in a really good headspace and I’m super stoked,” said Hannah, who managed to finish off 2018 in strong fashion, taking the win in the Canadian Open DH in Crankworx Whistler, and claiming the overall Crankworx Downhill Championship title. “It’s good to be here and it’s good to win.”

The course that awaited racers today was a steep and dusty descent from the top of Mount Ngongotaha to the heart of the action at Skyline Gravity Park.

“I can’t even explain,” said Hannah of the dry conditions. “The holes are so big, you’ve just got to lock your arms and lean back and hope that you don’t go over the bars. I had a lot of setup changed on my fork all weekend, and I’m really happy with how it turned out.”

“From my last practice run to race run it had blown out a lot,” said MacDonald. ”It is what it is, so you’ve just got to deal with it and prepare yourself well for it. It was definitely rough. Hard to not make mistakes.”

And while the dry track added some challenged, MacDonald said the experience of racing in front of a Kiwi crowd added an extra element of stoke to his win.

“It’s amazing. We don’t really have the opportunity to have big races like this in New Zealand, so this is sort of a World Cup to us. To do it in front of a home crowd with all these amazing fans here, it’s pretty wicked.”

Next up, the 14 best Slopestyle mountain bikers in the world launch from New Zealand to the world as the Maxxis Slopestyle in Memory of McGazza goes live from Crankworx Rotorua on Red Bull TV and Crankworx.com.