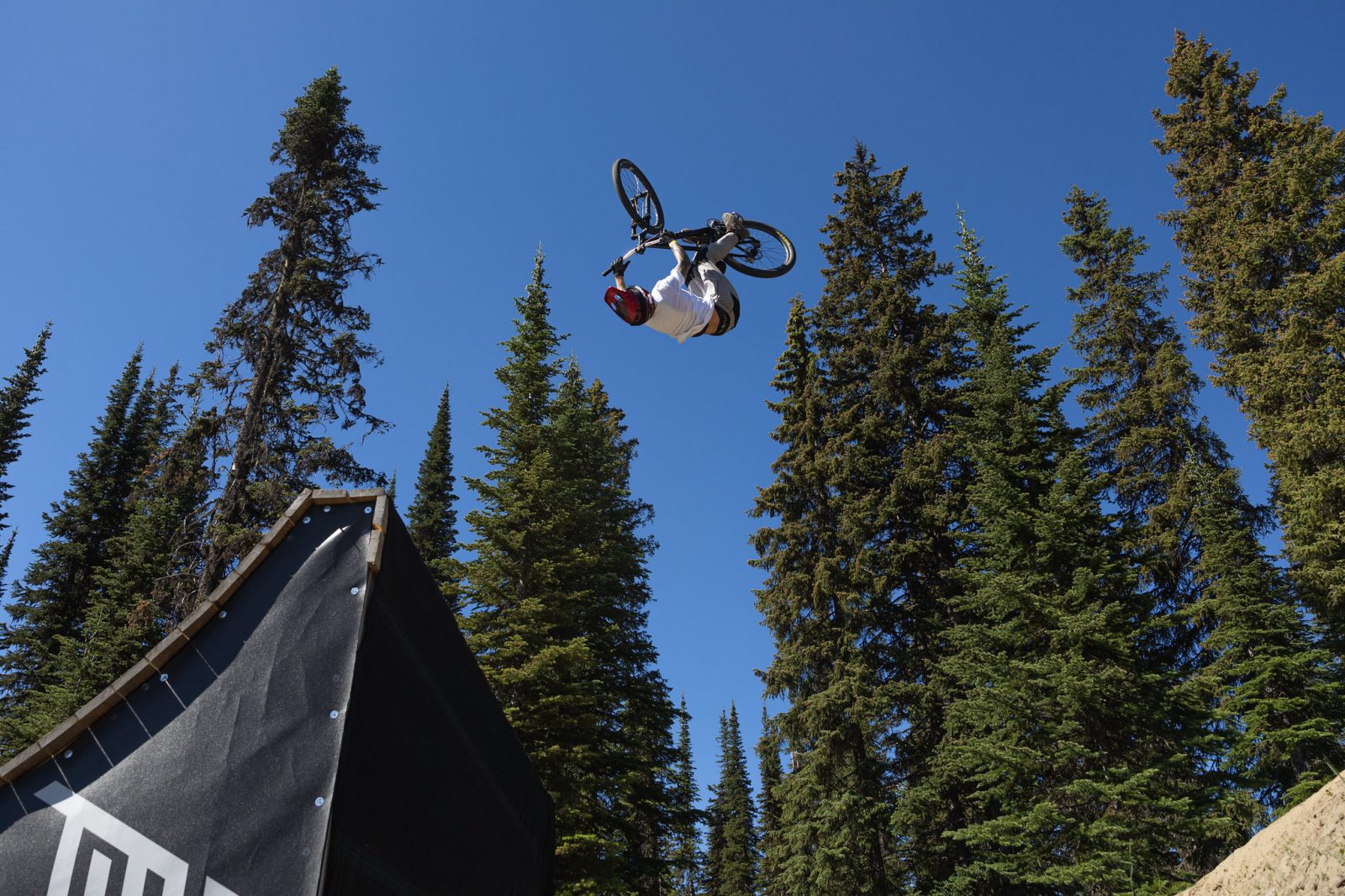 Riding bikes and growing up in British Columbia, these two Canadian kids live and breathe Crankworx Whistler. With its return only a few weeks away now, after a long two years, Amy Ertel and Griffin Paulson are ramping up to see their home away from home once again. There’s a lot on the line for these two, with Paulson making his Crankworx Whistler debut at Red Bull Joyride and Ertel riding at the pro level at the infamous festival for her first time ever, but they’re both determined to put on a good show.

We asked Ertel how she’s feeling ahead of returning to Crankworx Whistler for the first time since 2019 and she evoked a sense of homecoming when she said simply, “Whistler is where it all started.” The Maxxis rider gave us a bit of insight into how much the festival really means to her as she continued: “Growing up in Whistler, I would always count down the days until Crankworx was back. It’s indescribable how excited I am to have Crankworx returning to Whistler this year. I think we’re all going to put on a good show and hopefully the fans enjoy.”

Paulson reflected on his childhood in a similar way, growing up watching Red Bull Joyride and waiting for his chance to one day ride the course: “I’ve been on the hill and watched every single Red Bull Joyride in-person since it began in 2011. So like every Slopestyle rider, it’s always been my absolute dream to get into this event, but I think I’m in a unique situation as a Canadian rider who grew up watching it live since I was a kid, felt the vibes on the hill, and battled for years to get in.”

On the opportunity to ride in front of a home crowd, friends, and family, Paulson continued on what exactly being on the start list for Red Bull Joyride means to him: “It holds a very special place and it means so much to me to be in it. Having my friends and family there who have helped me build this dream every step of the way, and a massive Canadian crowd screaming and cheering, makes it even that much more special. Whistler is the birth place of Slopestyle so it’s time for me to try and carry on the Canadian legacy and show the world what I’ve got.”

With everything going on during Crankworx Whistler – the excitement, the crowds, the pressure – Ertel let us in on how she stays focused: “Crankworx Whistler can get quite distracting, as there’s always so many people to see and catch up with. So it’s important to focus on the task at hand, which is an action packed week full of racing. I stay focused by maintaining the same routines, drinking enough water, eating enough food and sleeping enough. It sounds easy enough, but on festival week it’s easy to forget.”

So let that serve as a reminder to all you folks checking out Crankworx Whistler in person this year: Drink enough water. Eat enough food. Get enough sleep.

On a similar note, Ertel continued on why maintaining a balance between your physical and mental health is vital to performing your best come race day: “Mental health is so important for so many reasons. As athletes, we are constantly pushing ourselves and competing consistently, which can tip our nervous system into an overwhelmed state. It is important to recognize the importance of maintaining your mental health, just as much as it is important for you to maintain your physical health. At the end of the day it’s finding the right balance for you and giving your body all the tools it needs to perform at its best.”

A rider determined to strike that balance between physical and mental health, as he prepares to drop into Red Bull Joyride on its 10th anniversary, is Griffin Paulson. On his goals ahead of the big moment, he kept it simple: “Honestly my goal is to pull a run that I’m proud of and that is true to my style.”

Like any other Slopestyle rider, Paulson of course has big dreams of the ultimate celebration in the boneyard amidst a cheering crowd of thousands, but more than anything he is set on performing without hesitation: “I’ve got some things planned that I don’t think many other riders will do, and I want to showcase some things that are different. The ultimate goal is to make it to the bottom and toss my bike in the corral like a maniac and just take in the electric vibes the crowd in Whistler always produces. But if I had to choose a placing, I would be over the moon with a top five.”

In addition to strong physical and mental health, the riders are both in agreement that success at the highest level does not come without proper bike setup and countless hours of training. Ertel gave us a bit of insight as to what she’ll be running for those Whistler tracks: “I’m always running MAXXIS tires. My go to set up is an Assegai up front and a minion DHR2 in the rear. On my Downhill bike I run a mullet set up, big wheel up front, little wheel in the back. On my Pump Track bike I usually always stick to Ikon tires; they’re my favourite.”

Paulson further commented on the amount of hours that go into getting to the highest level of the sport, sharing that he was lucky enough to “grow up with some space to build a yard.” And finally after years of dedication, he’s “got some big moves already planned in the back of [his] mind and [is] itching to get them done at the most prestigious event in the world.”