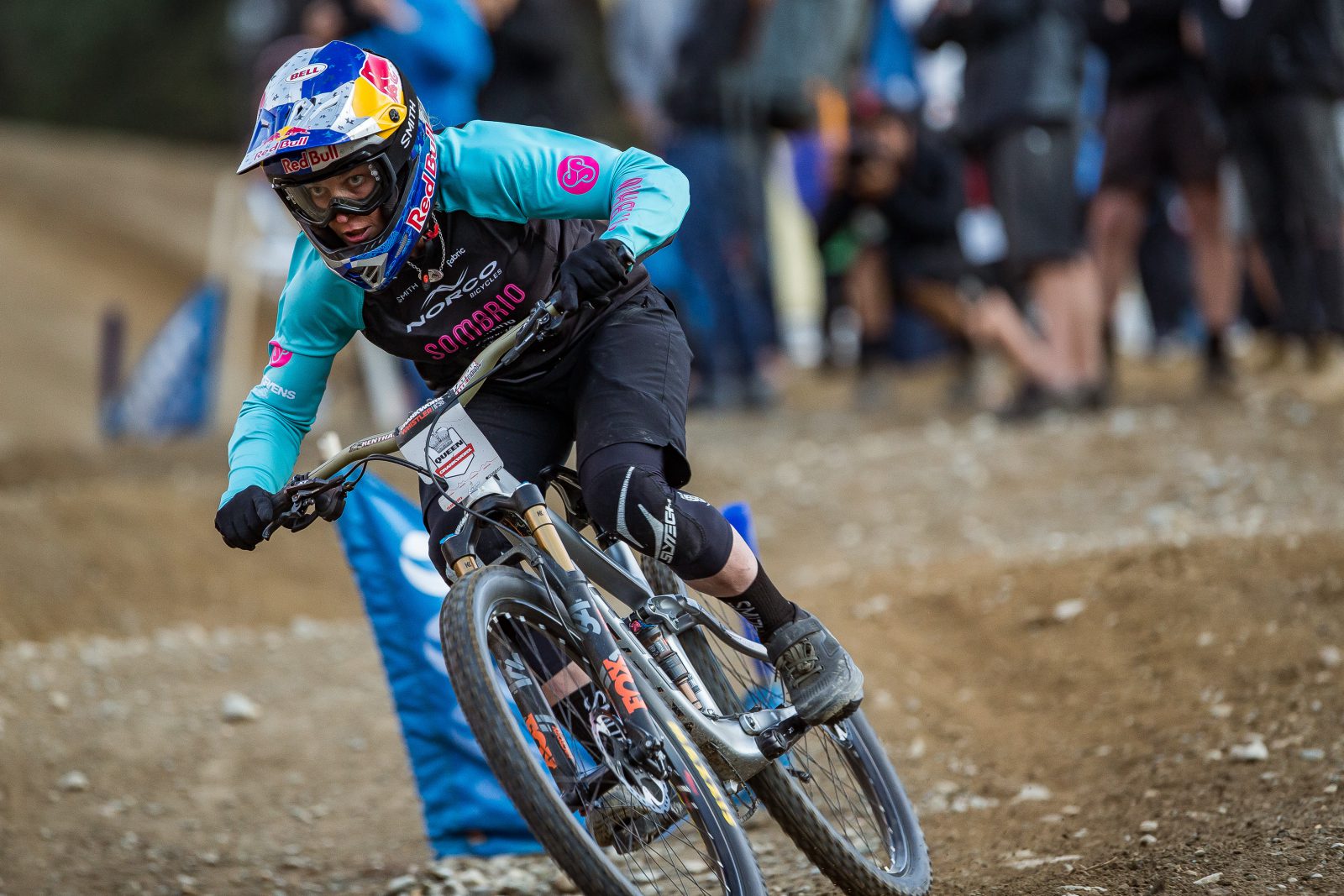 FOR IMMEDIATE RELEASE Friday, August 18, Whistler, BC If there is one sport both the King and Queen of Crankworx love, it’s Dual Slalom, and the results show.

In a perfect repeat of last year’s podium, Tomas Slavik (CZE) and Jill Kintner (USA), 2016-17 King and Queen of Crankworx for just one more day, each pulled in for the slalom win, showing both still have the mettle and the skills to dominate.

Clocking across the line for her fifth win in a row—the second time she’s been able to boast that record this week—Kintner admitted the victories were not so easy to start out.

“When I first started, I just couldn’t do it. I was terrible. I just worked really, really hard to be good at it,” she said.

Now slumping in popularity, with only the Crankworx and Sea Otter Slaloms drawing significant attention, the sport might seem an odd pick to intentionally try to master, but not for an ever-tenacious competitor like Kintner. Asked why Slalom caught her attention, she was quick to respond: “Because I couldn’t do it.”

That strength of conviction has taken her far in this sport, the second of her professional career. She is already an Olympic Bronze medalist, from a now long-retired BMX career, and has dominated the Crankworx seen for a decade, particularly in the Slalom, where she used to battle with Anne Caroline Chausson (FRA) for these wins.

She arrived in Whistler this week, leading the Queen of Crankworx for the second year in a row, and has continued to dominate. The King of Crankworx, by contrast, has not been so lucky.

“My season wasn’t as good as I was planning, but at the end, I ended up in a first place, and it’s such a nice feeling for me,” he said, as he stood in the finish corral basking in the victory.

“It’s a good feeling for getting better in 2018,” he said, noting he is already looking ahead to next season.

Slavik and the man in the hot seat to be King, Adrien Loron, are clearly good friends, and have barely seen each other in competition, whereas Kintner and the evening’s second place winner, Caroline Buchanan (AUS), virtually never get a break from one another or the fierce rivalry they’ve fostered.

Asked about her second place finish Friday evening, just one night after she sealed the deal on the Crankworx Pump Track World Championship, and all Buchanan could say was that it was close.