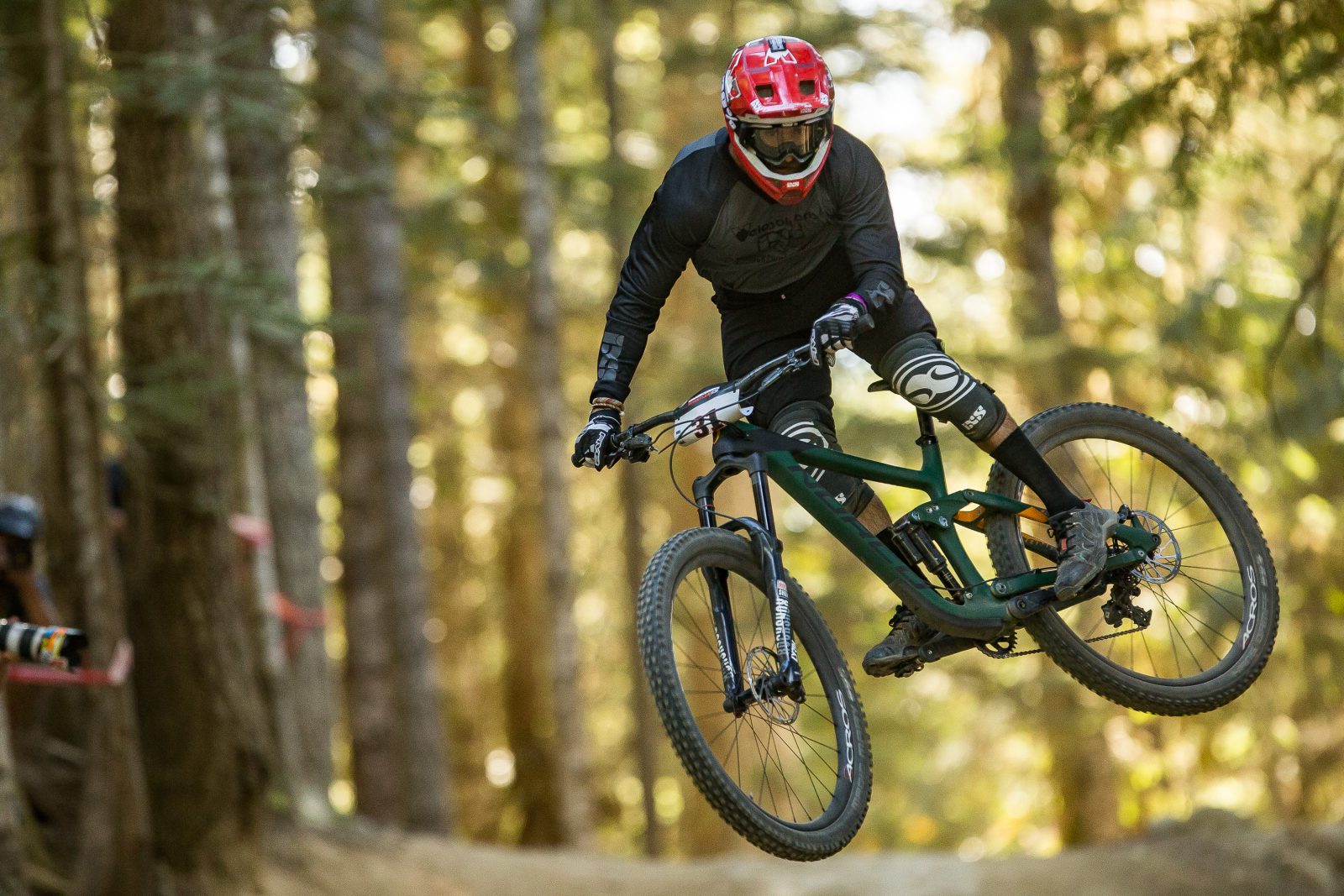 FRENCHMAN ON FIRE IN THE FASTEST DOWNHILL AT CRANKWORX

Loron needs one more second place for King of Crankworx

FOR IMMEDIATE RELEASE
Wednesday, August 15, Whistler, BC
— For mountain biking fans, the current King of Crankworx frontrunner, Adrien Loron, would have been a random pick to win the Fox Air DH Wednesday afternoon, but the man himself says it is a four-year goal achieved, and hopefully, the launch of a career-topping week, if he wins one more second place to secure the King of Crankworx title.

Buoyed by the confidence boost of two first place wins in recent months—after several years of second place finishes—Loron pulled out all the stops to win the highly competitive downhill event, a discipline well outside his normal competitive range.

“I didn’t know if I could do it or not, but today I can say yes. And yeah, it’s not my specialty, but at the same time, it’s a track that I love and I have a great bike this year to race it,” said Loron.

Thursday will see the pump track champion back in the saddle of his ultimate comfort zone as he tries to secure a second first-place finish for the week in the Ultimate Pump Track Challenge presented by RockShox. And after knocking competitive downhill racers like Sam Blenkinsop (NZL) off the top step, for the first time this year, he acknowledged he is also extending his lead in the overall points total for King.

Loron typically eschews any speculation about his chances in the season-long battle secure the Crown, but said he knew the Air DH win was pushing him further out front. Reigning Queen of Crankworx Jill Kintner, by contrast, is very up front about her goal to win that overall title and was looking ahead to the events at the end of her Crankworx agenda to see whether she might be able to call it early.

“Winning the title, that’s like winning the war,” she said, noting she might opt out of the Canadian Open DH presented by iXS if she knows she’s clichéd her crown.

Kintner is in an excellent position to take that well-deserved break, particularly after securing her fifth Fox Air DH win in a row to share that top step with Loron.

Five seems to be the lucky number for the big downhill leaders this year. Kintner’s fifth win on the the fast, jump-laden Air course down A-Line, comes just one day after Marcello Guiterrez crushed his fifth win in a row in the Garbanzo DH. The races represent the extremes of downhill racing on the Crankworx circuit.

The Fox Air is a punchy rip down the most iconic trail in the Whistler Mountain Bike Park, whereas Garbanzo is one of the longest downhill race courses in the world. Both are internationally revered and both are courses most racers know well.

“The secret to this is just being on the edges of the trail, knowing where to land and where to take off from,” said Kintner, noting she probably knows the course better than any other racer on it.

By this point in the season, and mid-run on the 10-day festival many racers are nonetheless starting to feel the impact of relentless competition, and Blenkinsop was feeling it as he pulled in for second.

“My run was pretty good. My legs were just really burnt from the enduro and Garbo, so I just didn’t feel really fresh and I wasn’t really pushing as hard as I should have,” he said.

North Vancouver’s Vaea Verbeeck, by contrast, was quite happy about her finish, though she took first in this event at Crankworx Rotorua.

“Honestly, I could picture doing really well and we got third place, so I’m happy with that,” she said.

Verbeeck is having a strong season, keeping her World Cup finishes in the top 10 and bringing home some strong Crankworx results, but said her ultimate goal is just to finish uninjured and build for next season. She will try the Dual Slalom this week, and the Canadian Open Air DH presented by iXS, but wasn’t prepared to speculate on how well she would do.