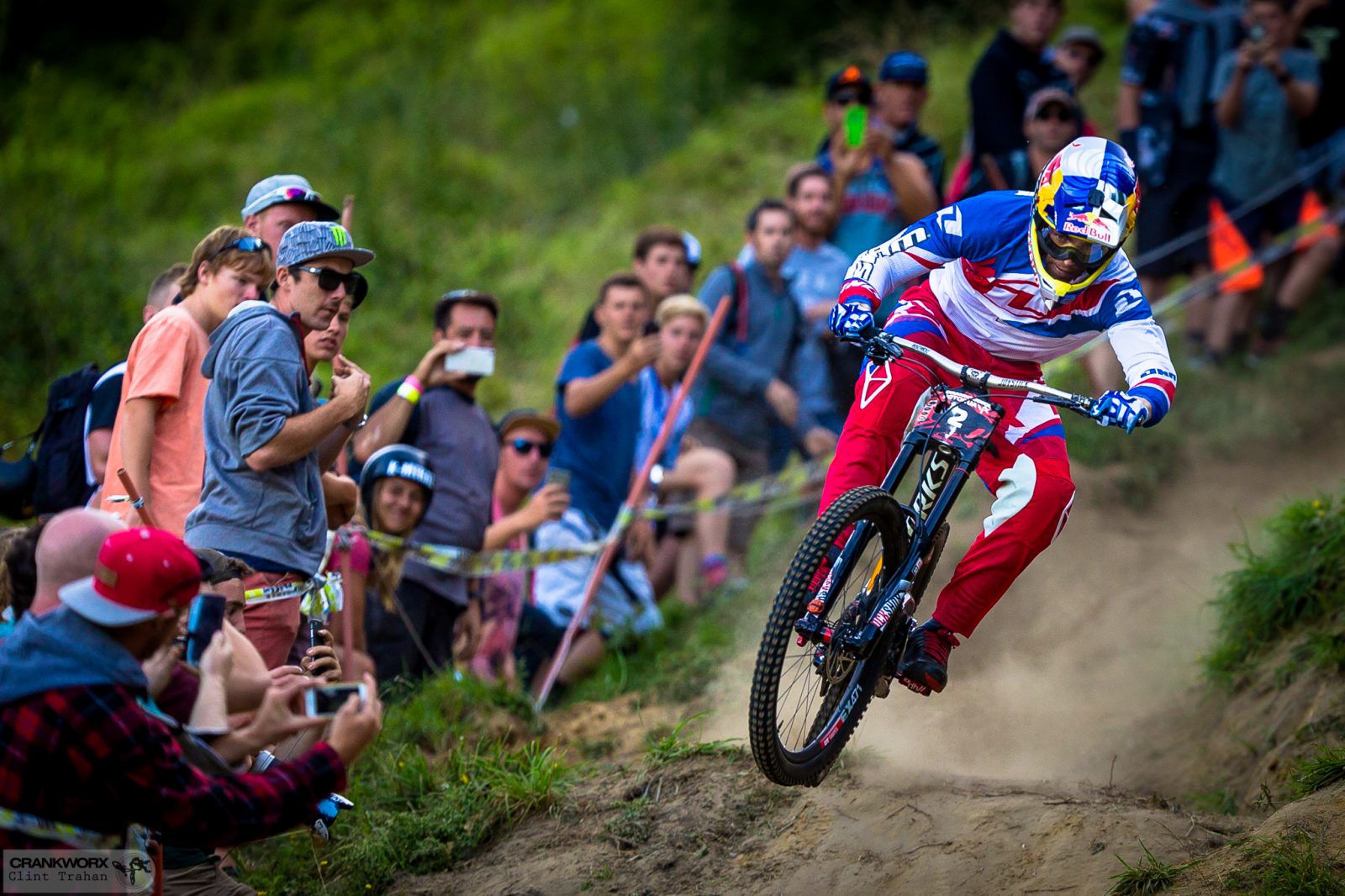 Social: Crankworx mountain biking calendar is out, with more hours of LIVE coverage. Book the dates to watch NOW!.. http://bit.ly/1nJfA3t

Four stops, one full month of Crankworx competition, and the most coverage of mountain biking on air

FOR IMMEDIATE RELEASE
WHISTLER, B.C., Thursday, Feb. 2, 2017—The Crankworx World Tour will host 29 days of competition in four global locations for 2017, delivering the most hours of mountain biking coverage on air today.

Final dates are now set. Crankworx will broadcast from Rotorua, New Zealand, March 25 to April 2, before moving to Les Gets, France, June 14-18, and Innsbruck, Austria, June 21-25, before returning home to its Canadian home base of Whistler, British Columbia for its traditional dates, August 11-20.

“Last year, we saw a really great battle for the King and Queen of Crankworx and, with the addition of Crankworx Innsbruck, we are seeing even more athletes committing to the season-long race for the Crown. There is $25,000 up for grabs for both the King and Queen, and it really rewards the best all-round mountain bikers in the world, so it is definitely got their attention,” says Darren Kinnaird, General Manager of the Crankworx World Tour.

With the World Tour expansion comes even more Crankworx coverage for mountain biking fans. All four locations will host at least eight hours of live broadcast online, through Crankworx.com and Pinkbike.com, and all four Crankworx Slopestyle World Tour events will be featured on Red Bull TV. In select countries, fans will also find coverage on regular network television, both live and after the festivals.

“We provide live and post-event highlight shows of slopestyle, downhill, dual speed and style, pump track and enduro. And for 2017, we will venture further into network television, exposing the sport to entirely new audiences,” says Kinnaird.

The World Tour opens on the flowy dirt gold of Rotorua, where volcanic geysers punctuate breathtaking lake views and dense fern forests. The riding is fast and fun, and the festival has grown to include two weekends as the GIANT Toa Enduro, which opens the week, becomes the inaugural round of the 2017 Enduro World Series.

“Expanding the festival to nine days of fun is a natural move for the event, especially with the return of the Enduro World Series. Being the first event on the international mountain biking calendar, means we have grown at an exponential rate, and a longer festival just means more awesome days of world-class riding with some of the best athletes on the planet,” says Tak Mutu, Crankworx Rotorua event organizer.

Visiting the sharp peaks of the Alps, in Les Gets, France, for stop two, the World Tour then takes in the unprecedented expanse of lift-accessed riding in the Porte du Soleil. As a founding location of gravity-mountain biking, Les Gets brings fans to the heart of the sport and the site of a tour favourite, the Crankworx Les Gets Downhill presented by iXS.

“We are certainly looking forward to launching the first European Crankworx leg and building the audience of loyal mountain biking fans who came out for the first year ready to cheer their heroes—in drier weather conditions, of course,” says Benjamin Mugnier, Crankworx Les Gets organizer.

As a destination well-versed in hosting large mountain events, Innsbruck is poised to make its mark on the 2017 World Tour, launching Crankworx and a new bike park for 2017. The internationally-renown trail-building team Gravity Logic, who carved famous Whistler Mountain Bike Park trails like A-Line and Dirt Merchant, are building the trails, and Innsbruck’s many mountain lovers are expecting to be riding come Crankworx.

“The world-class mountain biking competitions Crankworx will bring are definitely going to catch the eye of Innsbruck’s many mountain sports enthusiasts, just as we expect international athletes, and spectators, will be fascinated by Innsbruck and its alpine atmosphere,” says Karin Seiler-Lall, Innsbruck Tourism CEO and host for Crankworx Innsbruck.

The new trails will be built in Bikepark Innsbruck, on Nockspitze Mountain, overlooking the historic city centre. The park will serve as ground zero for the slopestyle, pump track, and dual speed and style events, as well as the expo and demo zones, while the downhill starts in the park and spreads to the neighbouring village of Götzens.

Whistler will be the 10-day culminating celebration of mountain biking Crankworx fans love and expect. For 14 years, Crankworx Whistler has defined this sport as a place where industry, athletes and fans align to establish what mountain biking means and where it is heading.

Image cutline: Loic Bruni (FRA) pins it down the course in the Crankworx Rotorua Downhill presented by iXS to a first place finish in the first Crankworx World Tour downhill event of 2016.
All Crankworx images are available for media, exclusively for editorial use, on Flickr. Sign up for Flickr and download the photos for free.