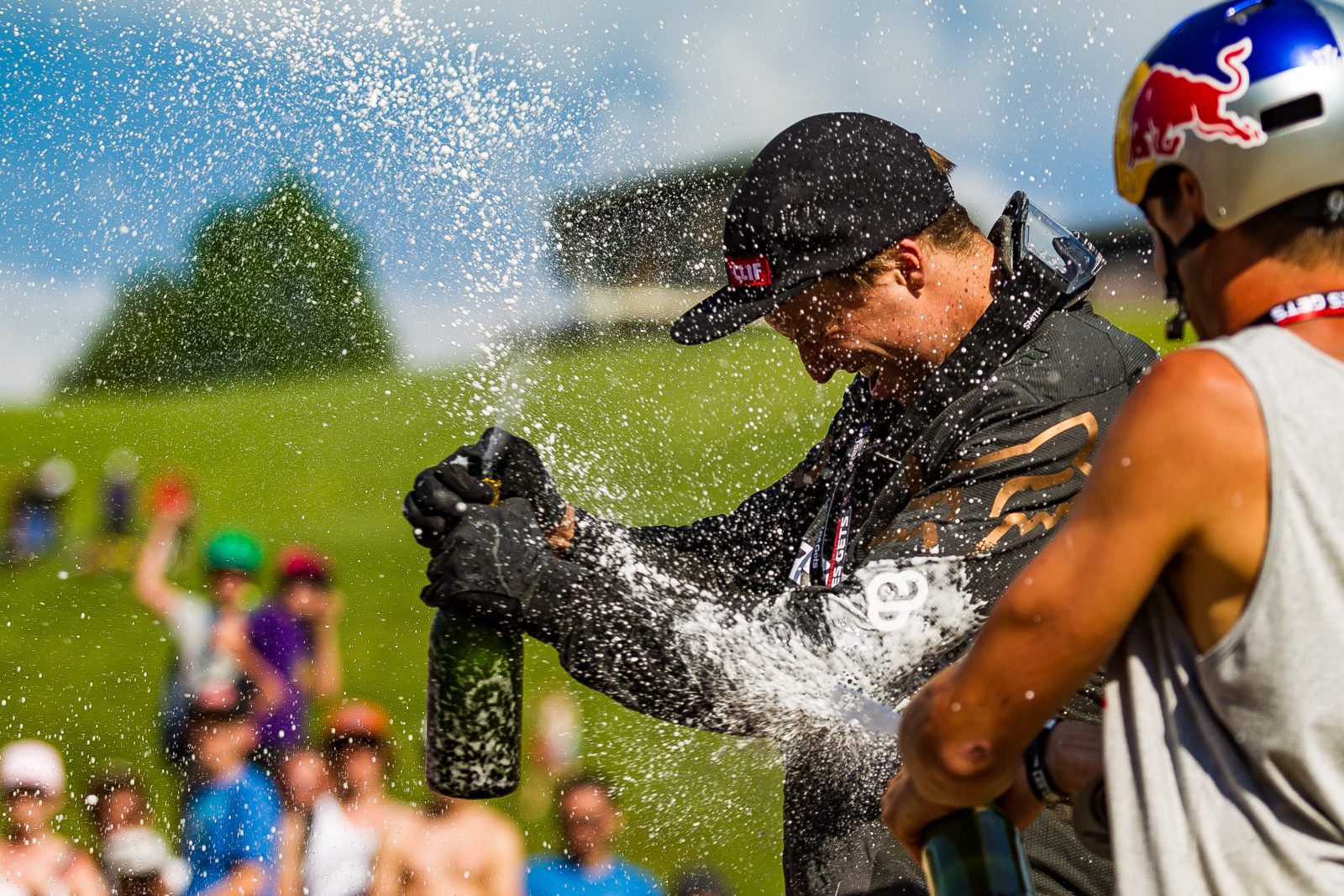 Athletes, industry and fans come together in Whistler to celebrate mountain biking’s leaders and game changers

WHISTLER, B.C. July 23, 2018 – Crankworx is about more than competition, medals and popping champagne. It’s a place where athletes, fans and industry come together to celebrate the sport and the achievements that drive it forward. Taking this recognition to the next level, Crankworx is preparing to launch the first-ever Crankworx World Tour Awards & After-Party on Saturday, August 18.

Taking place at the Whistler Conference Centre at 8:30 p.m. after Red Bull Joyride on the final weekend of the 10 day festival, the event will bring together the best-in-class athletes, pioneers and innovators in the sport.

“The mountain bike community is such an amazing and engaged one. There are so many individuals, on the front lines and behind the scenes, who give to our festivals, and the sport, on so many levels,” says Crankworx General Manager Darren Kinnaird. “The Crankworx World Tour Awards will give us a platform from which to share their stories and really acknowledge these game changers.”

Over 1,000 attendees are expected to come out to honour the tenacity, dedication and passion that have brought mountain biking to the level it’s at today. The public is invited to attend, mingle with the best in the world, and celebrate.

Awards, voted on by a panel of judges from the Crankworx World Tour, will include:

The Crankworx World Tour Spirit Awards are handed out to two athletes, one male and one female, who’ve truly epitomized the spirit of what Crankworx is all about over the course of the season and across the World Tour. What’s the essence of that spirit? It involves a pure love for all things mountain bike, engagement in the community, relationship-building, sport-building, and stoke. Lots and lots of pure, unadulterated stoke.

Who’s been the breakout star of the Crankworx World Tour? This award will recognize a rider who’s risen to the top of the Crankworx ranks during a season, making their mark on the story of the year and setting a foundation for the years to come.

Volunteers are the lifeblood of what keeps the heart of Crankworx beating. Thousands of volunteer hours go into putting on the world’s biggest mountain bike festival at its four global stops. From course marshals to athlete check-in staff and everything in between, Crankworx teamwork truly makes the Crankworx dream work! This award will recognize one who’s gone above and beyond this season.

It’s taken a village to get Crankworx to where it’s at now – 15 years deep and now the world’s biggest mountain bike festival with four global stops. At the centre of this village are some key players who’ve made the growth of Crankworx, and the mountain bike industry overall, a part of their life’s work. This award is to say “Thank You” to a behind-the-scenes hero who’s truly changed the game.

The Richard Juryn Memorial Award is handed out annually to a member of the Sea to Sky mountain bike community who’s displayed passion, dedication and enthusiasm for the sport. Past winners include Jerome David, Seb Kemp and Brian Finestone.

Lastly, the Best Partner Activation will receive recognition, going to the “Best in Show” exhibitor at Crankworx Whistler. The award will be voted on by the attendees of the 2018 sponsorshipX, a live action marketing conference, taking place during Crankworx Whistler this year.

Beyond the Best Partner Activation award, organizers of sponsorshipX, The T1 Agency, have been part of the driving force behind getting this year’s award show up and running.

After the awards show, the second half of the evening will kick off. The Crankworx World Tour Awards After-Party will be an unforgettable evening where fans, athletes, sponsors, and industry leaders will come together to celebrate another great year of riding. Award-winning Vancouver-based beat master DJ Flipout will be on the decks ‘til 12:30 a.m. with his unique mashups sure to carry the energy through ‘til the wee hours.

Tickets for the Crankworx World Tour Awards & After-Party are now on sale, with early bird tickets available for $30 until July 31. Regular tickets are $35 if purchased in advance and $40 at the door. Details and tickets: crankworx.com