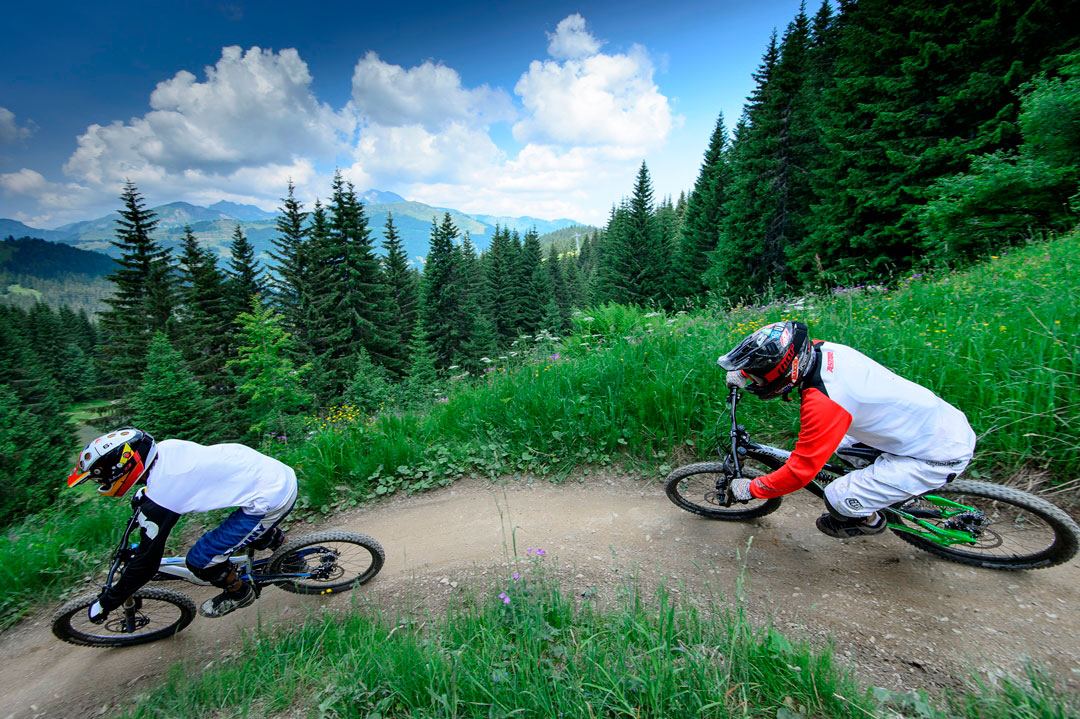 November 16, 2016 — The podiums have been put away, but the Champagne keeps popping as the three-stop Crankworx World Tour announces it is adding Les Gets, France to the family.

Nestled in the 12-resort Portes du Soleil circuit, straddling the French-Swiss border, Les Gets is a pioneer mountain biking destination for both mountain bike tourists and racers.

“Back in the ’80s, Les Gets was one of the first regions in the world to use its lifts to shuttle riders, and its 2004 UCI World Championships is the stuff of legends. This is a location steeped in the culture and history of our sport and we are thrilled to be adding the region to the World Tour,” says Darren Kinnaird, Crankworx World Tour general manager.

Having hosted five World Cups and numerous French nationals, mountain biking fans the world over are well familiar with its steep, verdant alpine. And its World Championship is remembered as the beginning of Frenchman Fabien Barel’s Downhill dominance, and his storied rivalry with British rider Steve Peat.

The resort hosts 95 kilometres of bike trail, has three dedicated lifts and is only an hour’s ride from the Geneva airport, giving it the classic Crankworx touch: a place to ride the best terrain alongside the best riders in the world, while watching the world’s best racing.

“We are delighted to welcome the European leg of the prestigious Crankworx World Tour,” says Henri Anthonioz, Mayor of the resort. “We pride ourselves on being great organizers and hosts. This event will be an exceptional feast for mountain biking fans with spectacular races in the heart of the village and a rich entertainment program.”

The Crankworx World Tour arrives one week before the 80 km Passport du Soleil race. With a family pump track already built for the village square, and riders en route for the 12th year of the Passport, it is expected the inaugural Les Gets festival will draw epic crowds of all ages right out of the gate.

Once again, each race series will be worth $5000 to the rider who earns the title, with a $5000 bonus available to the downhill rider who can win all four races in the DH series. DH is the only discipline with an extra race on the docket.

As the marquee event of Crankworx, Slopestyle will continue to be a focal point in 2016. The Crankworx Slopestyle Championship will be worth $25,000 with an additional $25,000 prize up for grabs for the rider who can win all three Slopestyle events to secure the elusive Triple Crown of Slopestyle. The honour has yet to be bestowed.

Tickets for Crankworx Rotorua will go on sale Nov. 20, 2015 on Crankworx.com, with early bird pricing as follows:

*Passes include Skyline Rotorua gondola access for the duration of the pass.
Prices will go up after December 31, 2015, and VIP passes will be released in early 2016.