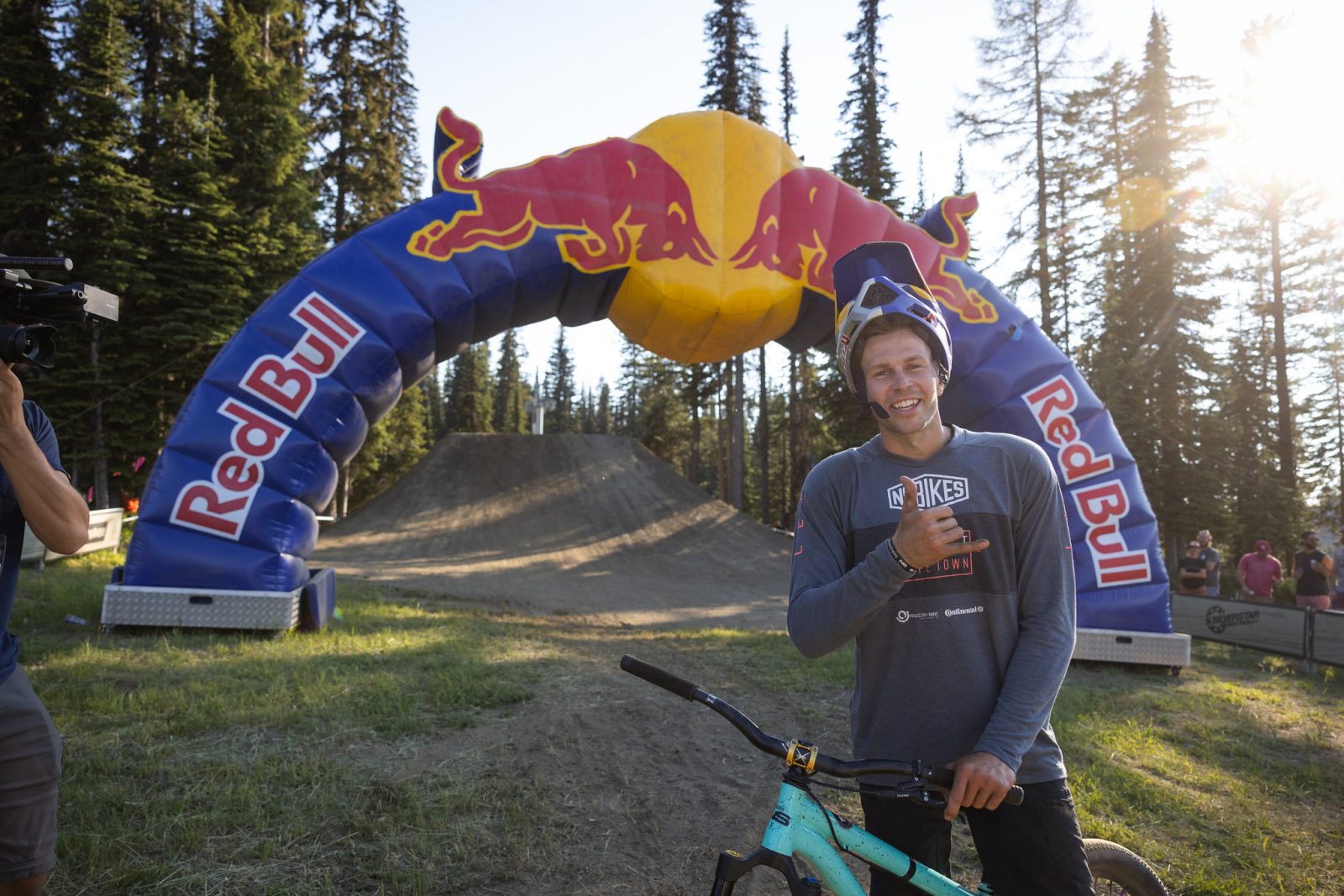 After a dry few weeks without rain, the Pipe Dream course was a little blown out and sandy so it made for some loose riding conditions especially for an Air DH race.

“It’s not the kind of track where you can hook into the berms the way I like it to be,” Canadian Vaea Verbeeck said of the challenging Air DH track. “This kind of course really left it up in the air for anyone really it’s hard to predict who is going to be fastest on really loose blown out stuff.”

The Queen of Crankworx was able to keep it upright though, and take home the gold medal today alongside, Australia’s Jackson Frew who kept things smooth and under control in the loose conditions.

“Felt pretty good on the track and was hoping I could put something down but you never know especially with Bas and Keegan and those guys here,” modest Jackson Frew spoke of his race run. “I made a mistake in the middle that probably cost me a little bit but to still get it done is really cool. A big confidence boost in advance of Crankworx Whistler. I ran off the side of the track a little bit. I wasn’t fully off the track but kind of in the soft stuff on the edge and fighting to get myself back on the right line. I was really surprised and it was unfortunate that we couldn’t see what Bas was going to lay down. I think he had a small crash. The top half of my run was pretty on brand for what I wanted to put down so I was pumped that was really good.”

While Bas did have a small crash, he still managed to finish fourth which means he must have been on an absolute heater. As Jackson said, it was unfortunate we couldn’t see what Bas was going to lay down, but that’s racing!

Huge props to CWNEXT U17 rider, Drew Solmes who earned the first Crankworx Summer Series Canada triple crown of gold medals. Drew was unstoppable all week long and it will be exciting to see what he can bring to Crankworx Whistler in a week.

Crankworx Summer Series Canada has been all about bringing together riders of all types to learn from one another and put their skills to the test. Up and comer, Kirsten Van Horne placed second in the women’s open category of Air DH.

“This is my first proper podium and I was kind of nervous because I didn’t know how to do the champagne part,” Kirsten said of her experience at the Summer Series in Silverstar. “The big reason why I came to the Summer Series here in SilverStar was to learn and get used to Crankworx level events. Yesterday I got to do my first chainless gate, and the day before was my first start gate, so getting amongst people and how they go about their day leading up to it. So, it’s been a really good stepping stone for sure. The competition is stiff and these girls are insane, like you look up to them, so given the chance to compete against them has been a wealth of knowledge and experience.”

Crankworx Summer Series Canada at SilverStar Bike Park hosted the Qualifiers of FMBA Gold event, Title Slopestyle at SilverStar Bike Park. This is the first FMBA Gold level event in British Columbia since 2019, a total of 30 riders were invited. The stakes were definitely high at qualifiers with so much up for grabs for the riders. The coveted Wildcard Entry to Red Bull Joyride at Crankworx Whistler, the opportunity to move up the FMB ranking, or just looking to stomp out new tricks and learn from each other. This world-class slopestyle course is technical and steep, allowing riders to throw combos and variations, and really test their skills.

Check out the full results from Title Slopestyle Qualifiers at SilverStar Bike Park HERE, and catch the 15 qualified riders battle it out in the Title Slopestyle finals tomorrow live on crankworx.com, pinkbike.com and EDGEsport TV, 2:00 – 4:00 pm PDT. 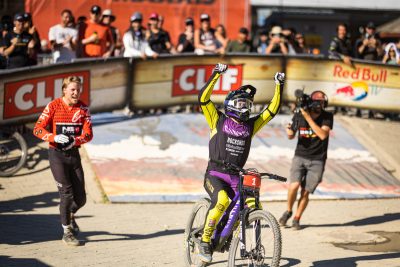 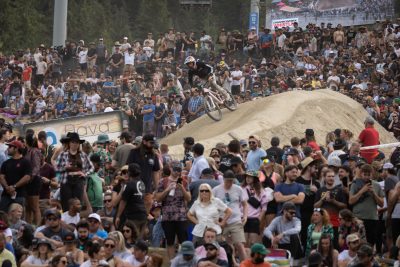 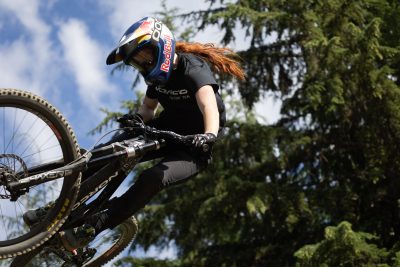 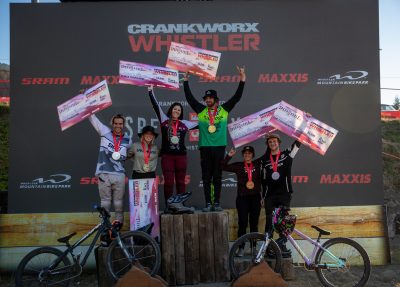 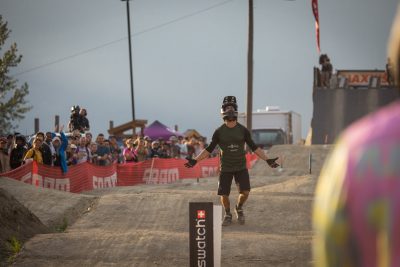 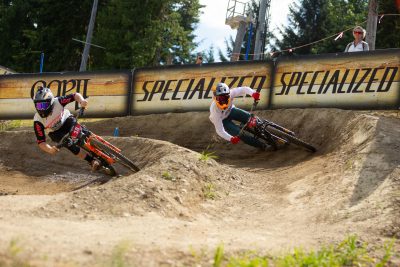 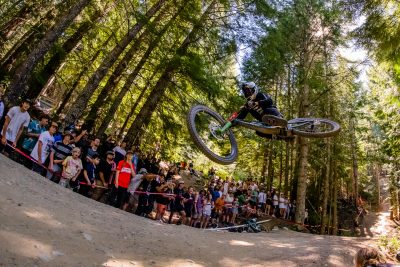 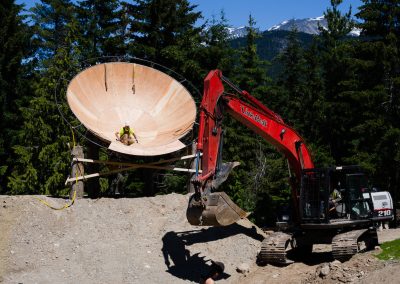 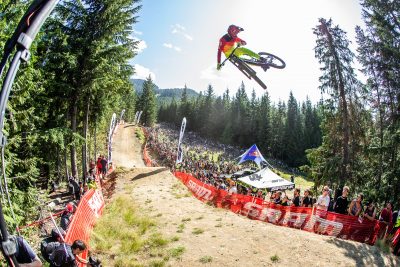 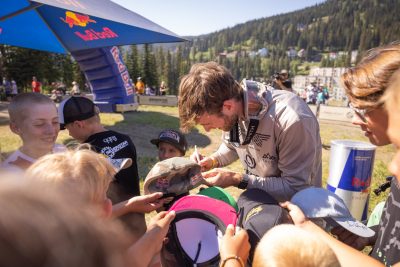 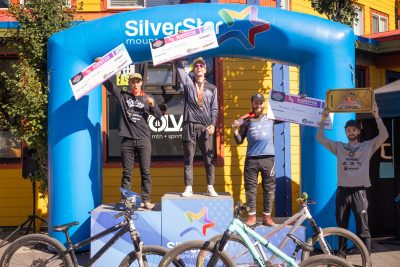 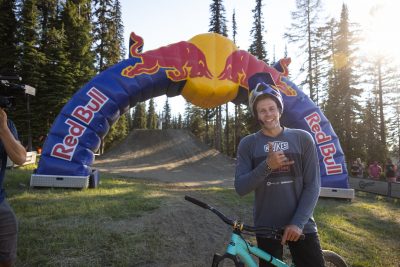 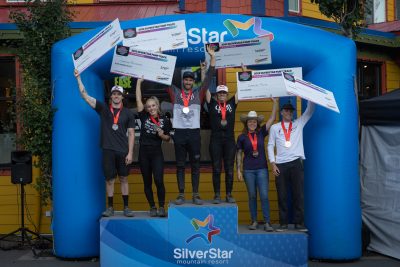 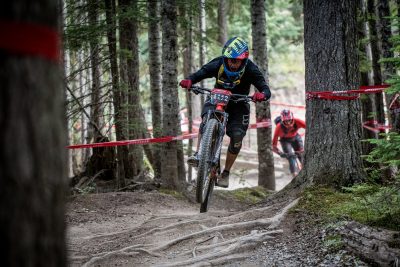