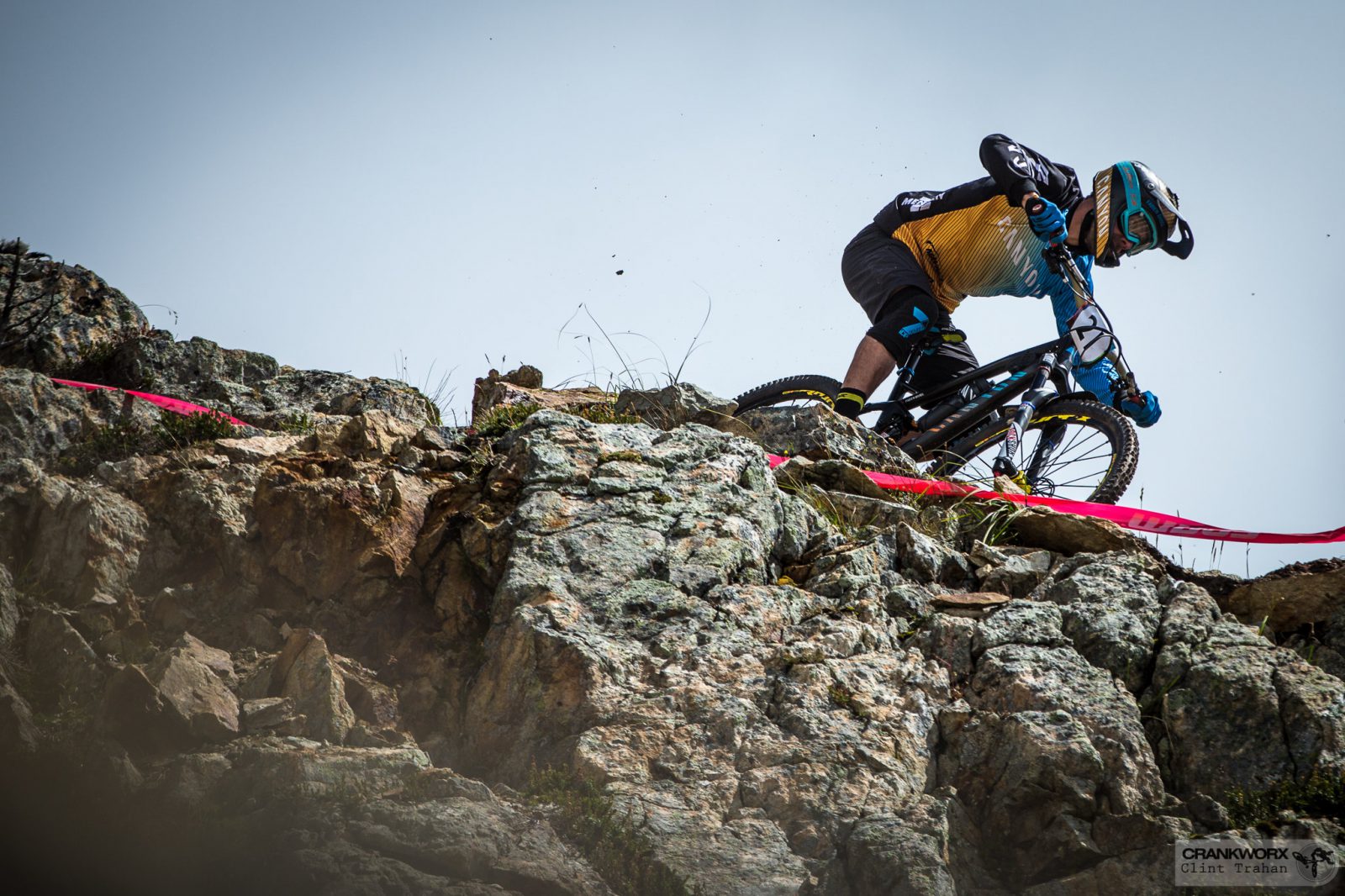 FOR IMMEDIATE RELEASE
Whistler, B.C., April 25, 2016 — VIP tickets are now on sale to secure the best vantage point for the inaugural Crankworx Les Gets and a chance to be a part of MTB history.

Les Gets is one of the original downhill race destinations and a place where the European riding community congregates. Sitting in the Portes du Soleil, a 12-town, lift-accessed hub for the gravity riding scene, its quarter-century of race history began with the 1992 French Cup Downhill, and has drawn spectators and families of mountain bikers to the French Alps ever since.

“We consider this a birth place of mountain biking. It was a frontrunner in Europe for the development of trails and infrastructure needed to grow the sport, and it attracts thousands of mountain bikers each year to trace the tracks of the champions,” says Benjamin Mugnier, Crankworx Les Gets event director.

“Bringing Crankworx to this resort is really just the next logical step. We have hosted four World Cups, the 2004 World Championships and several French Nationals. Crankworx is the defining celebration of world-class mountain biking and we’re ready to show the world why this area belongs in the Crankworx World Tour.”

Les Gets is a small village, 30 km-squared, sitting between two trail-covered mountains near the Swiss border in the French Alps. With one side of the resort focused on steep, technical riding and the other a flow-trail, XC paradise, with a jump park, it’s a place where five and six-year-old groms can session the pump track in the main square and seasoned downhill racers come to train.

“One of the core values of Crankworx is participation. Wherever we are in the world, we want everyone, male and female, beginner and pro, riding alongside the heroes of the sport. This is a family-focused resort, but it is also part of the core race scene, and that quality is what makes a great Crankworx World Tour stop,” says Darren Kinnaird, Crankworx general manager.

Crankworx Les Get will revive a portion of the 2004 World Championships track where Fabien Barel (FRA) beat Steve Peat (GBR) in one of the seminal moments of downhill racing. Freehub Magazine recently dubbed this track “one of the most influential courses in mountain biking” and, with the polish of a modern trail’s features and a stacked DH race rosters, its return to the internatonal events scene is sure to be memorable.

The festival will also bring new ways to participate to the Crankworx World Tour with its first E-bike race, a Girls Night Ride with Tahnée Seagrave, VIP ride with Loic Bruni and a full Kidsworx program.

VIP passes are on sale now for:

Crankworx will be broadcast live on Crankworx.com and Pinkbike.com, and featured on Red Bull TV. The full broadcast schedule is:

Registration is now open for the Crankworx Les Gets Downhill presented by iXS, the e-bike race, mini-bike race, VIP Ride with Loic Bruni, and the Kidsworx programming. Check back on Crankworx.com for details.

Chrystelle Felisaz or Gaëlle Le Coz
Media Crankworx Les Gets

Photo: Fabien Barel, seen here in the 2015 SRAM Canadian Open Enduro presented by Specialized, will return to the place where he made history to race a portion of the course on which he took the 2004 World Championship win.
Credit: Clint Trahan