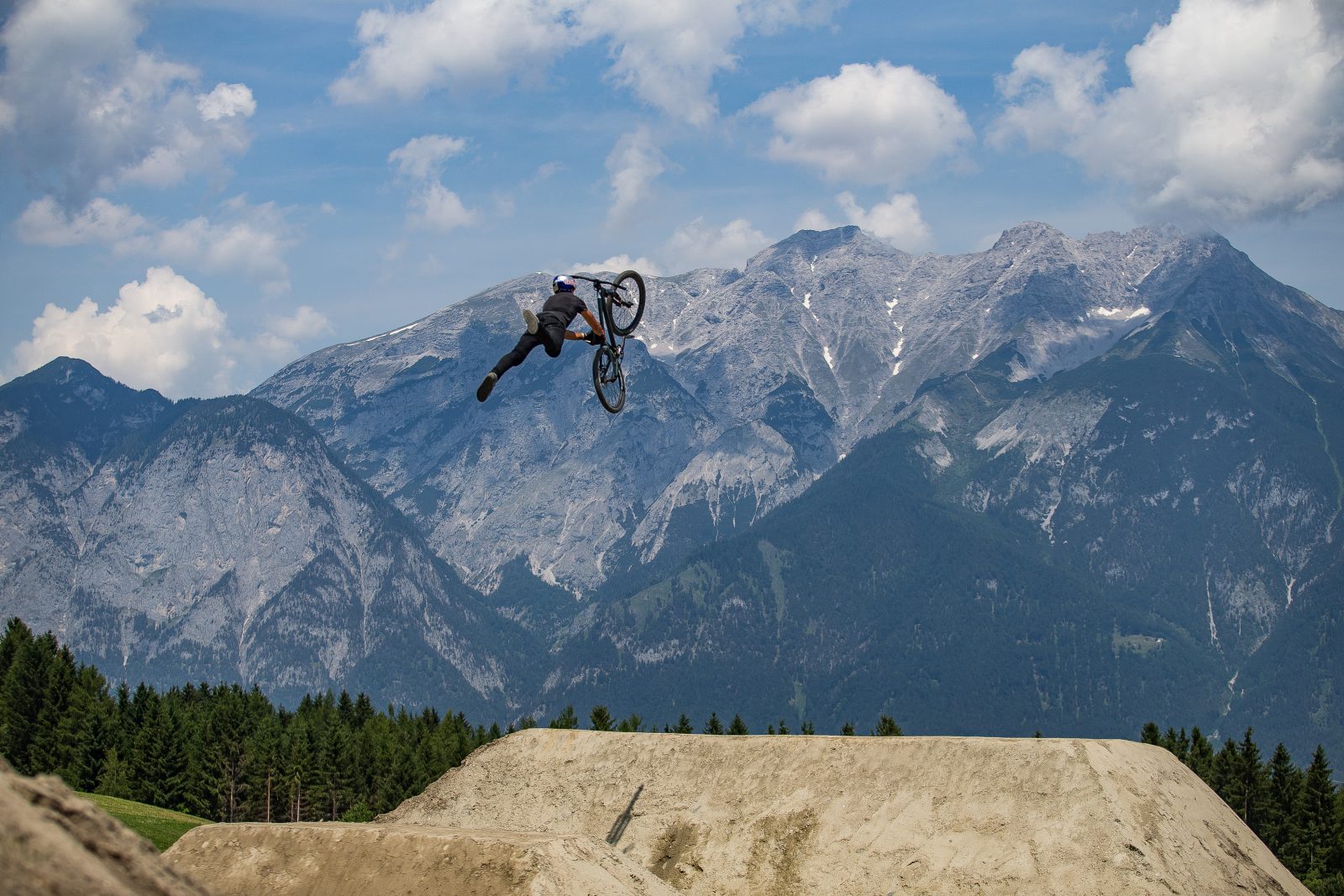 “We were running two separate elite series’, and eventually had to ask ourselves, ‘Why?’” says Crankworx World Tour General Manager Darren Kinnaird. “Both Crankworx and the FMBA are integral to the sport, but when it comes to how we recognize the athletes that are competing at the highest level, it makes sense to have one elite-level championship series. Having the SWC will make it easier for fans to follow along and be more logical for our athletes who are competing on the FMB World Tour circuit on the hunt for a coveted spot to compete on the sport’s biggest stage at Crankworx.”

The FMBA as the governing body of the sport will continue to operate the FMB World Tour, a classification system of events comprised of Bronze, Silver, Gold, and Diamond level events, and produce the FMB World Ranking through which young talent can break in and rise up to the SWC. In order to ensure riders can make the leap, the FMBA has remodeled the points system for Gold and Silver events, awarding more points at these contests.

“I think having Crankworx and the FMBA working side-by-side will really progress the sport,” says Tarek Rasouli, Vice President of the FMBA. “Crankworx Whistler was one of the main reasons we created the FMB World Tour back in the day and we’ve been partners for a long time now. We recognized though that having two separate series’ rankings complicated things on multiple levels. It felt natural to sit down together and work in unity from now on.”

14 spots will now be up for grabs for SWC events. The top six riders according to the SWC Standings from the previous year automatically qualify for all SWC events. This year the top six riders from last year’s FMB Diamond Series will automatically qualify for the SWC’s premiere season. These six pre-qualified athletes will be joined by the next best six riders according to the FMB World Ranking six weeks before an SWC event. The two final spots will be awarded to FMB Wildcard entries who can win their spot on the start list by competing at designated FMB Gold events taking place before an SWC event. Additionally, winners of Red Bull Joyride, Slopestyle’s ultimate event, will be granted lifetime entry to SWC events.

The six riders who pre-qualify for the Crankworx FMBA Slopestyle World Championship in 2018 are:

“Crankworx and the FMBA creating one overall title doesn’t only simplify the sport for fans but also legitimizes and builds it in the direction we need,” says Brett Rheeder, one of the sport’s most decorated competitors. “My greater goal as an athlete in the sport is to push mountain bike Slopestyle to the Olympics. I feel that with the progressive riding level, event coverage and now with Crankworx and the FMBA working together, it will help get the attention the sport needs in order to do so.”

The FMB World Tour is heading into its ninth season. A preliminary FMB World Tour Event Calendar covering the rest of the 2018 season is expected to be released soon.

The first Crankworx FMBA Slopestyle World Championship event of the season will be the Crankworx Rotorua Slopestyle in Memory of McGazza on Saturday, March 24, 2018 in New Zealand.

For photos of the top six pre-qualified riders heading into the 2018 SWC season, click here: http://bit.ly/2GULxQO

For more information on the changes to the FMB World Tour Ranking points leading up to the SWC, get the details here: http://bit.ly/2DT9eem

About the Freeride Mountain Bike Association (FMBA)
The FMBA is the world governing body for the sport of freeride mountain biking. The FMBA was founded in 2010 and is registered as a non-profit organization in Munich, Germany. The FMBA promotes Mountain Bike Freeride Sports which comprises the development, governance and structure for freeride disciplines: Dirt Jump, Park, Slopestyle, Big Mountain. The main objective of the FMBA is to continuously develop and support the progression of the sport, athletes and events. The FMBA owns and administers the FMB World Tour. The FMB World Tour is the official international circuit of amateur and professional Freeride Mountain Bike competitions. Athletes must compete at FMBA sanctioned Diamond, Gold, Silver and Bronze Events on the FMB World Tour to collect points for the FMB World Ranking, in order to qualify for elite-level Crankworx FMBA Slopestyle World Championship events. The FMB World Ranking is a roll-over ranking system, which considers the three best results of each athlete in the past 52 weeks. The FMB World Ranking includes all FMB World Tour licensed athletes.