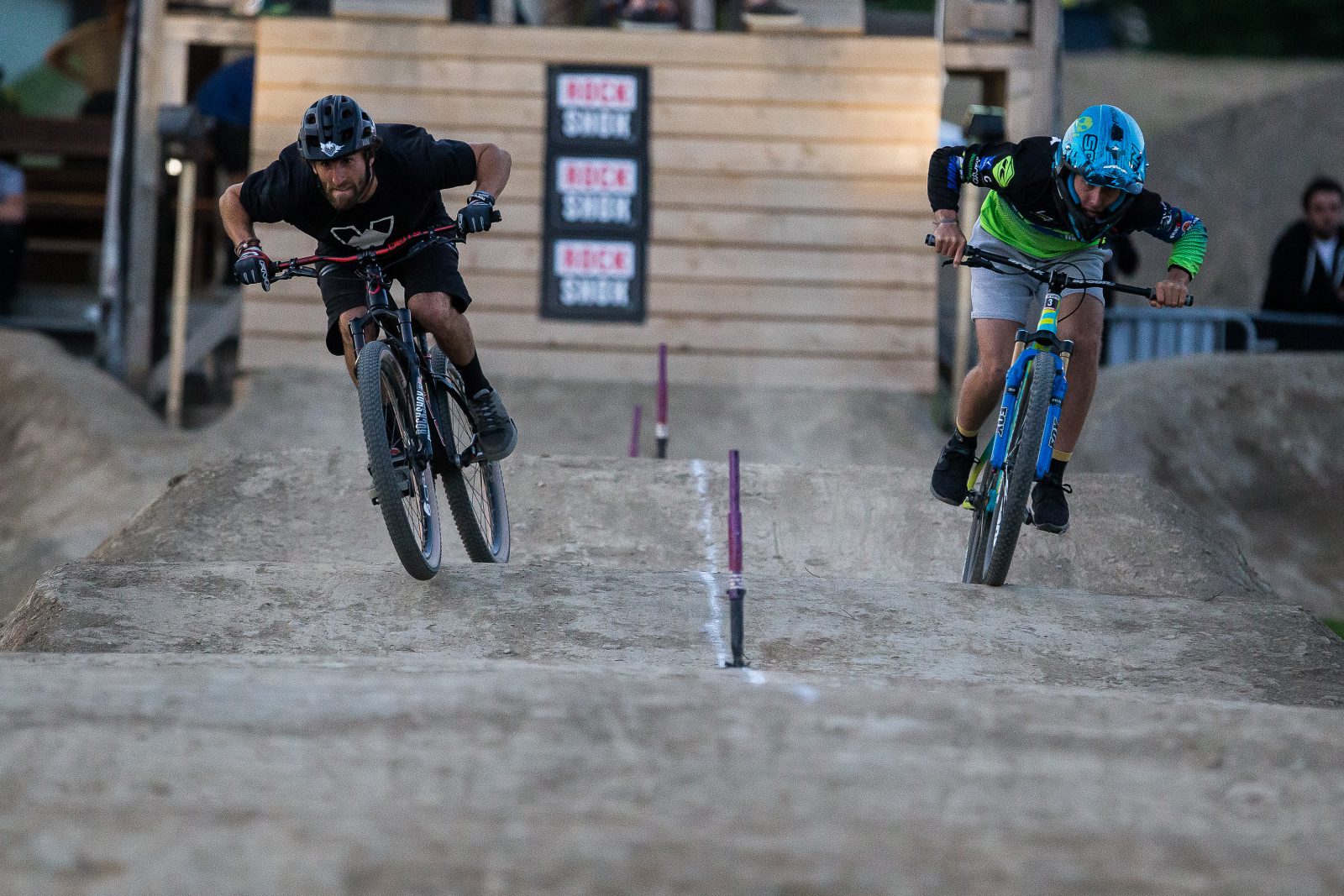 Adrien Loron, two-time Crankworx Pump Track World Tour Champion, makes his trip to the top step, after missing it since his Crankworx debut

FOR IMMEDIATE RELEASE Les Gets, FRANCE; Friday, June 16 — He is considered a pump track specialist and is the undefeated Crankworx Pump Track World Tour Champion, and yet, he hasn’t placed first in the sport since the year he won Les 2 Alpes and Whistler to break onto the professional scene.

Time after time, Adrien Loron (FRA) has pounded through the bumps and berms of the Crankworx pump track—in two French cities, New Zealand and Whistler—only to come up short of the win, a small slip or a slight hesitation costing him victory in the sport he virtually owns.

“I’m trying, always, to learn from my mistakes in the past,” he said, noting he always knew he was quite capable of regaining first place, but had to fight not to let doubt slip in.

Winning on home soil, and giving the man he beat out, amateur Chaney Guennet (FRA), huge props for his efforts, he savoured the win, addressing the crowd directly to thank them at the end of the event.

Loron out at 11 a.m. and clocked a 10-hour effort to make it through the practices and matchups necessary just to finish his final match Friday, but the fans kept him going. His father, cousins and a huge mob of close friends, quite literally followed him around the track, warding off every split second of doubt that crept in.

“You have good feelings, then bad ones, and you have to deal with it. It’s a lot in your head. You have to stay strong and listen to the people who loves you and, yeah, try to put altogether,” he said.

Women’s winner Jill Kintner said the marathon session it took earn her first place was furthered complicated by the strain of throwing downhill practice into the day.

“It’s a big day, but that’s how Crankworx is and I’m glad to come out with enough focus to not do any damage to myself, and get a win,” she said.

The pump track is all about managing energy, sprinting again and again, but not over-spending on any given lap.

“You just have to have really good timing and good legs. You go from sitting on the sidelines to full intensity flooded out…You’re not pedalling, but you’re sprinting and using your entire body. So it’s pretty dynamic,” she said.

Paired against fellow Queen of Crankworx frontrunner Caroline Buchanan (AUS), she said the stiff competition between the pair is great fuel for the fire—and it certainly lit a candle under Buchanan Friday evening. Crossing over the line into Kintner’s lane, Buchanan received a penalty in the first round of the final and had to compete their last pairing with a 1.34-second penalty to her name.

This marks Kintner’s ninth pump track championship win, but Buchanan is a BMX Olympian with plenty of experience, and she took the win in this event in Rotorua.

“I think it’s literally going to be a battle all year long,” said Buchanan.

The pair have more in common than not, including the same birthday, October 24, and are neck and neck in the Queen of Crankworx standings.

“There’s like eight years between us, but yeah, same birthday, same star sign, and we’re both super competitive. I think that’s what makes it fun,” Buchanan said.