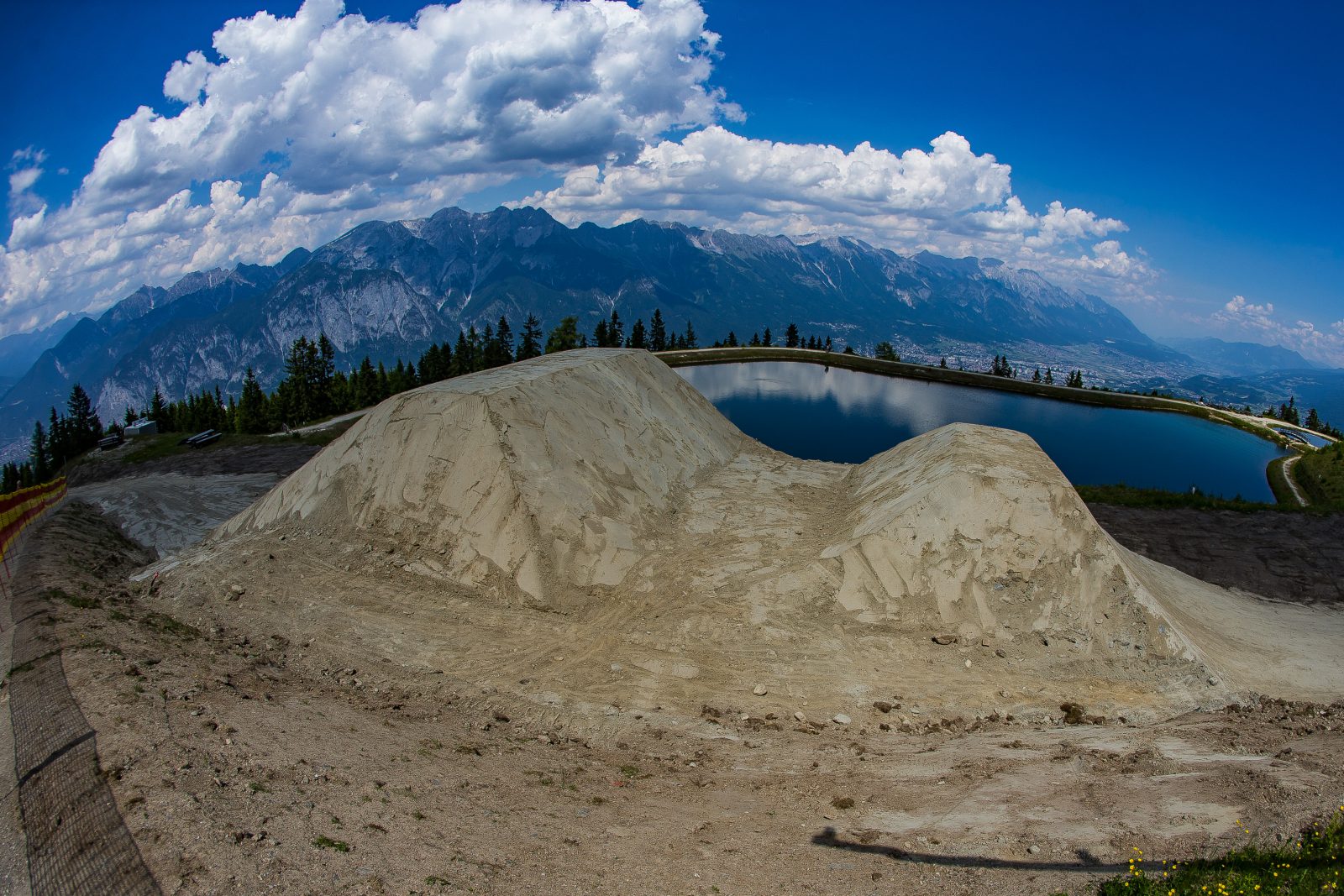 FOR IMMEDIATE RELEASE
Innsbruck, Austria; Wednesday, June 21
— The women of mountain biking whipped out their best sideways steeze to beat Canadian Casey Brown, the undefeated maestro of whip in the first event of Crankworx Innsbruck, and while she still holds her title, it is clear the stage is set for her defeat—just as she wants.

Brown has been competing in the event for several years and has becoming the best advocate, teacher and cheerleader for women learning to whip along the way.

With eight women on the start list for the Tiroler Tageszeitung Official Alpine Whip-Off Championships presented by SPANK, despite the scale of the jump crafted by New Zealand Slopestyle course masters Elevate Trade Building and Empire of Dirt, she definitely saw her efforts to seed the field pay off.

“Last week I didn’t do the whip-off and Casey was like, ‘You know, I saw you. I’ve followed your jumping back in Whistler’ and she was just saying how good a jumper I was,” said Canadian World Cup racer Vaea Verbeeck, who took on the event for the first time thanks to all the encouragement she received from fellow racers.

Australian rider Caroline Buchanan did go out for the event in Les Gets and had the whole crowd in Innsbruck encouraging her as she tested the jump, then slowly started to work her bike more sideways as she adjusted into the competition. Against a 360-degree of the Nordkette Mountain range, from the very top of Bikepark Innsbruck, her smile grew with each round as she continued to climb the hill, the crowd’s social media videos and snaps egging her on.

“I wanted to push my progression. I’m focusing on the pump track for points, overall but, you know, if there’s an opportunity to jump the biggest jump that I’ve ever jumped in front of an amazing crowd, and go head-to-head with the girls, and try to battle against Casey Brown of the lead, I’m going to take it,” she said.

The two-jump event challenges riders to whip their bike as gracefully as they can to that 45-degree angle and regain control to head down the backside of each lip in a perfectly straight line. It’s the kind of skill that truly shows a rider has mastered their bike and, for French rider Louis Reboul, who took the win for the men, it meant he had climbed a bit of a competitive mountain.

Reboul was third in Les Gets last season and was hot on the heels of fellow Frenchman Anthony Rocci, who won in Les Gets last week. Climbing onto the podium he said he was “really stoked” to have come out on top.

“I didn’t know…So many people did good, and many friend Anthony Rocci won in Les Gets and he was whipping really good,” he said. Champagne finished his sentence.

Crankworx rolls into its first live broadcast Thursday for the Mons Royale Dual Speed and Style Innsbruck against a backdrop of sunny skies and 30-degree Celsius weather, which is expected to hold through Sunday’s final event.