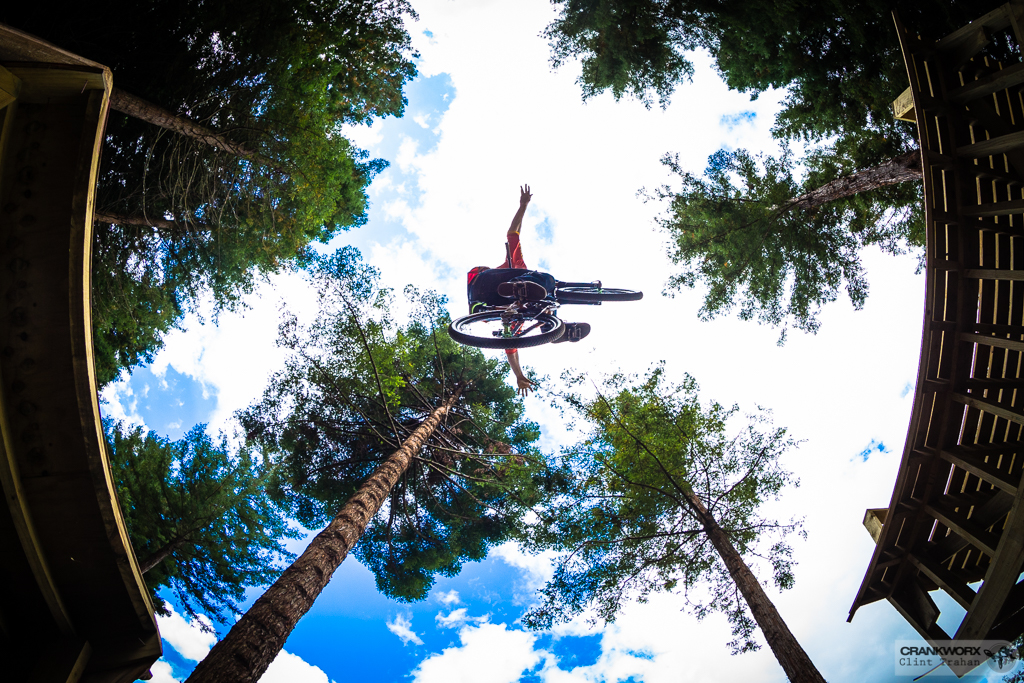 WHISTLER, BC May 28, 2015– The launch of the Crankworx World Tour shows gravity mountain biking fans know how to “get amongst,” as the hosts of Crankworx Rotorua would say.

Digital viewership for the inaugural New Zealand festival, excluding the Crankworx Facebook, Instagram and Twitter feed, hit 1.7 million, with video-on-demand clips, web and traditional network telecasts. Enduro, downhill and freestyle fans flocked to the live webcasts on crankworx.com to watch athletes dazzle crowds of 6-7,000 in the Skyline Rotorua Mountain Bike Park, shredding what the locals like to call “dirt gold.”

“We couldn’t have asked for a better festival to introduce the World Tour,” says Darren Kinnaird, Crankworx World Tour General Manager. “The people of New Zealand are among the most engaged mountain biking fans in the world and their love for the sport came shining through, even as the heavens opened before Slopestyle. The excitement was palpable.”

When the rain subsided, the Crankworx Rotorua Slopestyle proved explosive, giving MTB fans the world over a stunning primer in the action the Triple Crown of Slopestyle will deliver for 2015 as Canadian Brett Rheeder unseeded reigning Slopestyle champion Brandon Semenuk for the win. And with fans from Slovenia to Greece, The Republic of Korea to the United Arab Emirates, Latvia, Lithuania, Venezuela, Luxembourg, Kazakhstan and Morocco—to name but a few countries—tuning in to all five days of action, athletes also staked the first claims to be named King or Queen of the Crankworx World Tour.

The countdown to the second stop of the CWX World Tour is now in full swing. With just over a month until France takes centre stage, and 70 days until Whistler Village once again becomes the focus of the global mountain biking community, the heat of the summer gravity scene can already be felt.

Watch the new Crankworx Rotorua Recap video and relive all the action on crankworx.com today.