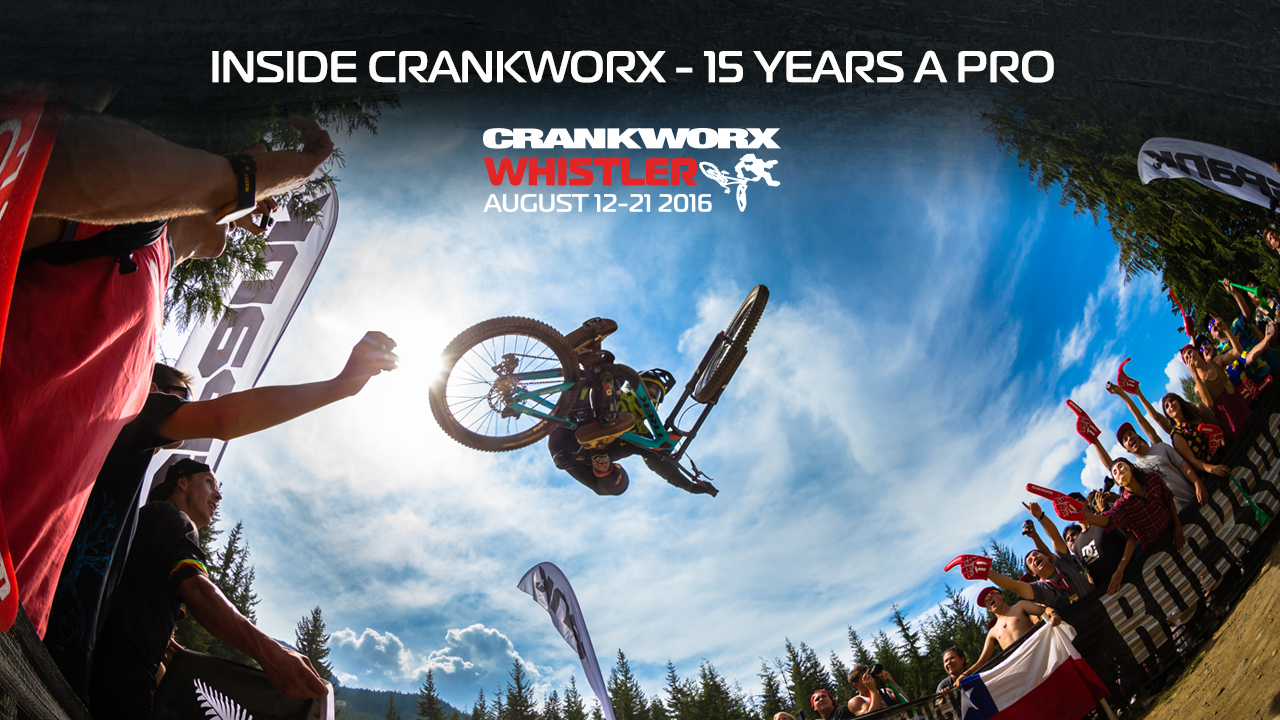 TELUS RELEASES THE INSIDE SCOOP ON CRANKWORX WHISTLER

WHISTLER, BC, Dec. 7, 2015 – For the second year in a row, Telus Optik TV is giving its B.C. viewers an opportunity to go behind the scenes at Crankworx Whistler, the world’s largest mountain bike festival, with three new episodes for Telus Optik TV.

As the culminating event of the Crankworx World Tour, Whistler is ground zero for the gravity-fuelled athletes and community of riders, fans and young up-and-comers seeking to find and define the best riding in the world.

And if there is an individual who embodies the event’s potential, it’s fifteen-year-old local Downhill competitor and 2014 World Whip-Off Champion, Finn Iles. Featured in the first video release, Iles describes his trajectory to compete in, and ultimately win, the Official World Whip-Off Championships in a 6.5-minute short titled Crankworx Inside: 15 years a Pro.

Iles describes how he quickly transitioned through Whistler’s many opportunities to realize his dream of riding with the pros several years ahead of schedule with an invite from Crankworx.

“I was like: I want to ski race. And then I got on my bike and was like: nothing compares to this,” says Iles, in Crankworx Inside: 15 Years a Pro.

The first of three episodes Telus Optik TV and Crankworx will release this month, 15 Years a Pro follows the young athlete through his journey to earn entry into, and ultimately win, the 2014 Official Whip-Off World Championships.

The Official World Whip-Off Championships was originally a grassroots jam event, which earned its “official” event status in 2013, to become an instant fan and athlete favorite. Every year since, throngs of riders and hikers have made the trek down from the mid-station gondola in the Whistler Mountain Bike Park to a multi-jump run called Crabapple Hits to watch riders whip, or twist, their bike to a 45-degree angle, mid-air, to the thunderous roar of vuvuzelas.

In order to compete in the Whip-Off, a rider is technically supposed to be 18 years old, but Iles won his way into the competition on a wave of fan support on social media, hashtagged #LetFinnIn.

“I was very excited. It was like almost the same feeling as being able to win a race or something,” says Iles, admitting he really just wanted to ride with the other top riders.

Ride he did, alongside some of the heroes of the sport, and when the final results were tallied, he earned himself his first world title, and the notoriety to land a big bike sponsorship with Lapierre Bikes.

Crankworx Whistler is the third stop in the Crankworx World Tour, which began in 2015. This was the 12th year of the Whistler event. The expansion to tour status brings Rotorua, New Zealand and Les Gets, France into the mix for 2016.

TELUS Optik Local Community Programming seeks to support programming and projects that reflect the local community, a diversity of voices, innovative ideas and alternative views on existing or emerging issues of importance in the communities it serves, featuring local places and events in arts, culture, education and sport.