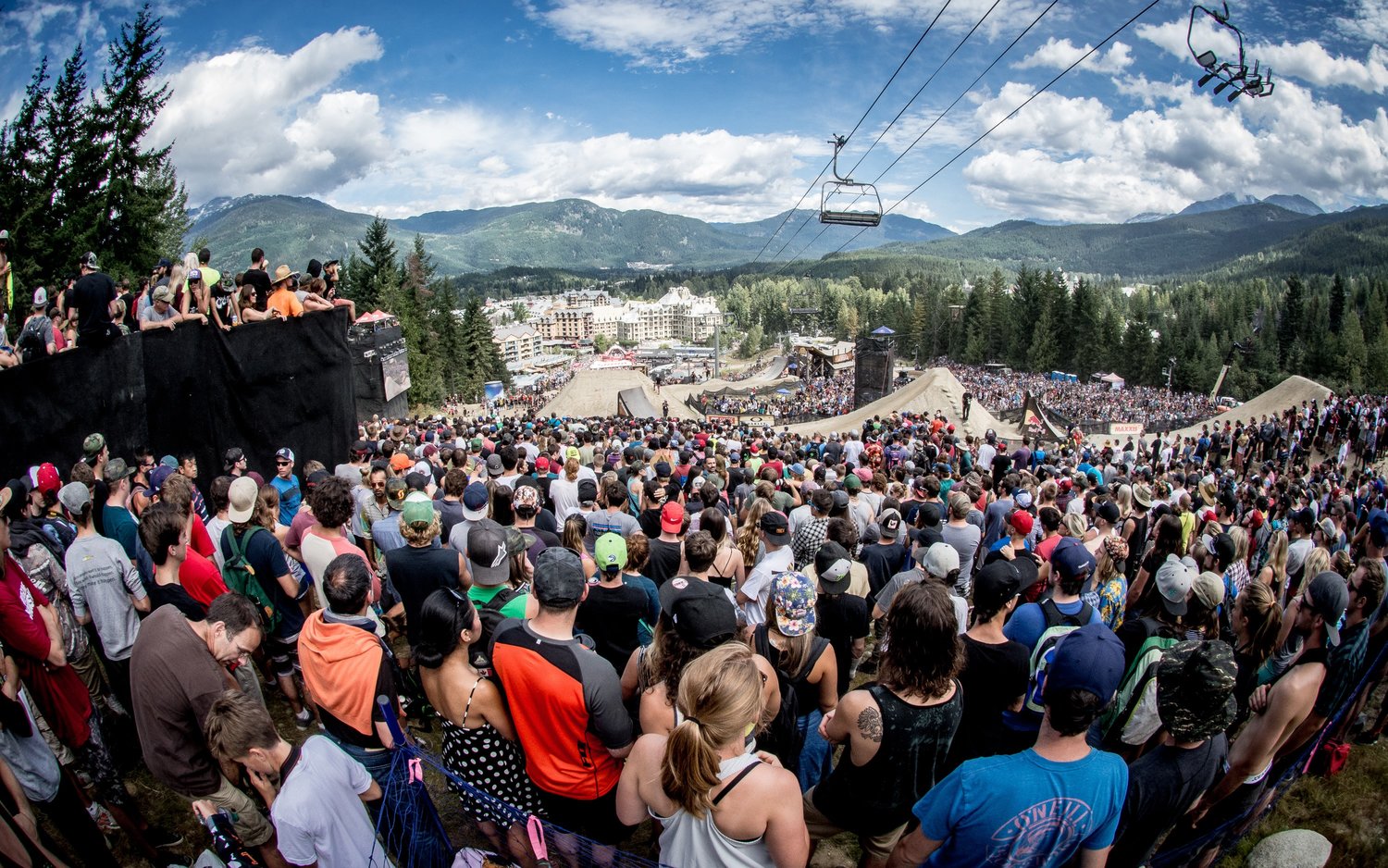 A young rider from Sooke, BC takes on Crankworx, the world’s largest mountain biking event

WHISTLER, BC, Dec. 7, 2016 – Follow 14-year-old Sooke, B.C. resident Piper Allman today as TELUS Optik Local features her quest to become a pro mountain bike athlete in the first of three videos out this week on the sport and its dedicated fans.

The trilogy of episodes is available for free on demand on TELUS Optik TV, and online on the  TELUS Optik Local’s YouTube channel.

This is the third year TELUS Optik Local has partnered with Crankworx, Whistler’s defining celebration of world-class mountain biking, to go behind the scenes of the thriving gravity-mountain bike scene and discover what’s kept Crankworx, a homegrown, B.C. festival, at the pinnacle of an international race scene.

“Everybody is there, so you get to ride with all your friends, and the pros are everywhere… Watching the events, and seeing all the different types of riding there is, it’s really cool,” says Allman, whose eight-minute video, “Inside Crankworx: How to Become A Pro Mountain Biker”, culminates in two Crankworx medals.

Piper was born just as the Crankworx festival took flight, is a rising talent whose story shows how the right inspiration can launch a career.

Professional racer Claire Buchar, who runs the development team, Kovarik Racing, with her partner and fellow racer Chris Kovarik, provides motivation and support for the young rider, based on her successful career as a UCI World Championship medalist and national team member.

“I learn a ton from them,” says Allman, who admits going pro has been on the agenda since she was eight years old.

Allman started by following her father and brother out on rides, getting a push to the top of the hill and following her bliss down. She connected with Buchar after her short edit, Dream Chaser, came across Buchar’s desk, and is now pushing for the finish line on that goal to ride professionally. This year, she hit the podium twice at Crankworx, competing in the Canadian Open DH presented by iXS and Fox Air DH, and all while learning the ticket to success is all about knowing how to have fun.

“Mountain biking is more than a sport, it’s more of like a lifestyle. It’s just you and your bike and you don’t really need much else to do it,” says Allman.

With the growth of mountain biking, Crankworx has expanded. Now in its 14th season in its home base of Whistler, it tours the world from March to July. Athletes chase two global titles, the King and Queen of Crankworx, all season at festivals based in Rotorua, New Zealand, Les Gets, France and Innsbruck, Austria before returning for a final 10-celebration of all things gravity-mountain biking in B.C.

The Crankworx events are now broadcast and webcast globally, providing more hours of mountain biking coverage than any other event in the world.

Video: Inside Crankworx: How to Become A Pro Mountain Biker
Crankworx media photography bank on Flickr
Media are welcome to use all images in the databank, provided the photographer listed and Crankworx is given a credit.

Photos:
1. Crankworx draws over 120,000 people annually to Whistler for what’s become the defining celebration of gravity mountain biking, and amateur athletes, like Allman, make up half of the competitors.
2. (Inset) Piper Allman, 14, of Sooke, BC is riding high after connecting with professional race Claire Buchar, who is helping realize a dream of going pro.
Media contact:
Jennifer Smith
Crankworx Communications Manager
Jennifer@Crankworx.com
Phone: 604-848-8801