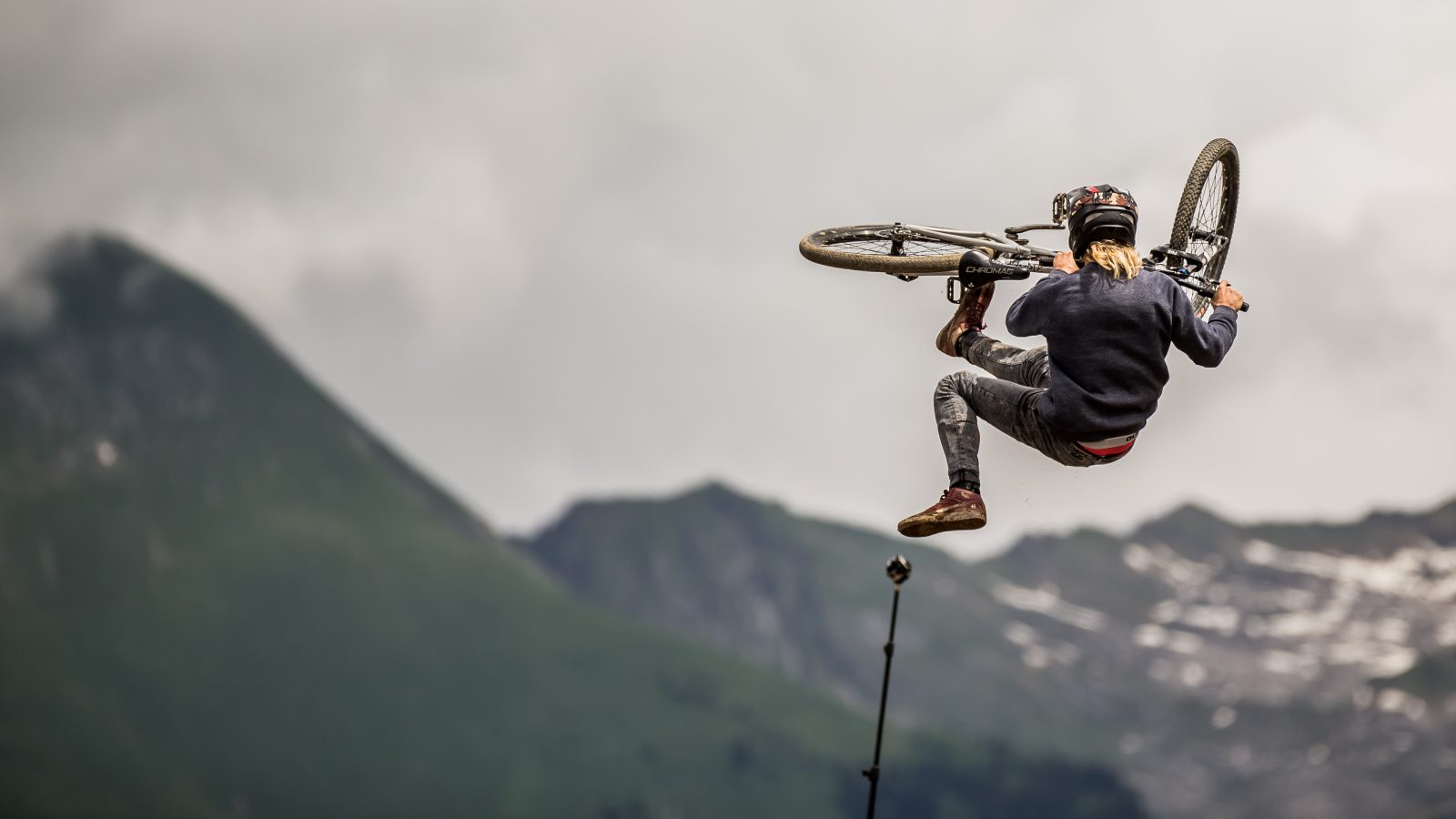 Logan Peat’s life on the training compound of star athlete, Brandon Semenuk, is all about focus

WHISTLER, BC, Dec. 12, 2016 — To learn from the best is a common ambition, but for star Slopestyle mountain bike athlete Logan Peat, it’s a lifestyle.

Peat shares his story of living and training with legendary Slopestyle athlete Brandon Semenuk in a video titled Inside Crankworx: Steps to the Podium, available for free on demand on TELUS Optik TV, and online on TELUS Optik Local’s YouTube channel.

The video is the third and final episode in a trilogy of stories from TELUS Optik Local and Crankworx, Whistler’s defining celebration of gravity mountain biking.

“(Crankworx) has definitely been up on the pedestal for me the whole time and to believe that we get to ride in it, it is just crazy,” say Peat as this story aspiration and inspiration opens.

This story brings viewers to the tiny town of Sechelt, population 8,500, where Peat and his crew of elite riding friends spend their days building trails and practicing tricks as they strive to become the best at Crankworx in Whistler each August.

“The Coast is definitely small. You’re not getting food anywhere after 9 o’clock. We’ve got one bar, no girls, but we’ve got bikes,” says Peat.

He is making the “Steps to the Podium” a top priority by finding home in a place where he can learn from Semenuk’s extreme dedication with the support of the perfect community to fuel his dreams.

“I grew up building jumps and having to turn around and tear them down, so for me, once I saw this, it was like this is freedom. You can walk through the woods and there’s jumps everywhere,” Peat says.

Red Bull Joyride is the Slopestyle competition held at Crankworx and it is considered the Super Bowl of Slopestyle. This year Peat placed fifth and was among the only riders to execute a clean, complete run before the crowd of 30,000 people, proving his dedication clearly pays off.

Crankworx is now heading into its 14th season and considered a homegrown, B.C. success story. It is broadcast on network television around the world and webcast, live, on Crankworx.com and Pinkbike.com, the largest mountain bike news source in the world. It is considered the defining celebration of gravity-mountain biking, and travels to Rotorua, New Zealand, Les Gets, France, and will venture to Innsbruck, Austria for the first time in 2017.

Inside Crankworx: Steps to the Podium, follows the release of The Adopted Child and How to Become A Pro Mountain Biker, the first two episodes in an annual three-part series put together by TELUS Optik Local and Crankworx.

Video: Steps to the Podium
Crankworx media photography bank on Flickr
Media are welcome to use all images in the databank, provided the photographer listed and Crankworx is given a credit.
Media contact:
Jennifer Smith
Crankworx Communications Manager
mailto:Jennifer@Crankworx.comail
Phone: 604-848-8801