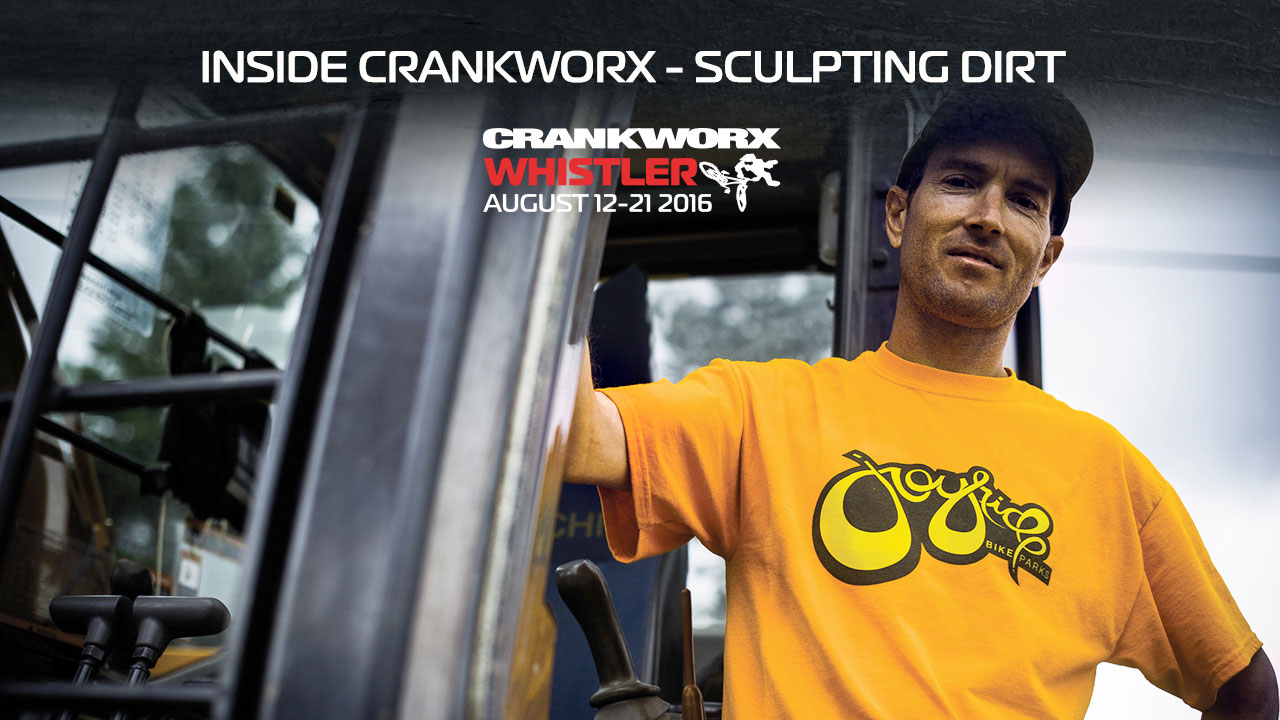 WHISTLER, BC, Dec. 14, 2015 – It’s the largest mountain bike festival in the world, and it all started with “a little event called Joyride,” trail building grand master Paddy Kaye explains in a new Telus Optik Local feature video on Crankworx Whistler.

The final video in a triology of stories from behind the scenes of the largest summer event in Whistler, Inside Crankworx: Sculpting Dirt gives B.C. and Alberta viewers a chance spend a day with the man who created its main attraction, Red Bull Joyride.

“It took a few years, and I had some great people helping along the way, but the big challenge, to me, was to build the world’s best Slopestyle course,” says Kaye, owner of trail building company Joyride Bike Parks.

This is the second year Telus Optik Local and Crankworx have partnered to give B.C. and Alberta viewers a taste of what it takes to compete in, and stage, the 10-day final stop of the Crankworx World Tour.

Crankworx is ground zero for a global community of gravity-fuelled pro and amateur athletes, fans and the next generation of riders seeking to find the edge, and push the boundaries, of what’s possible to do on a bike.

As the marquee event of the Crankworx festivals, each Slopestyle competition brings the top riders from the Freeride Mountain Bike Association’s ranks together to compete on a feature-laden course built for tricks, akin to freestyle skiing.

Drawing over 30,000 fans to the base of Whistler mountain each year, Red Bull Joyride is the culminating event of the Crankworx season. It is the final win needed for any rider to secure the Triple Crown of Slopestyle, a new crown awarded for placing first at all three Crankworx festivals in a single year, and it is often referred to as the Super Bowl of Slopestyle by the athletes. Refining the banks and berms of the course is, thus, critical and, after a dozen years, the Joyride crew have made it an art form.

“There’s no way we would have a course like we have today without feedback from all the top riders. How big. How safe…It’s a constant back and forth, and what it does is give us the best possible product, in this day and age, that we can deliver,” Kaye explains in the video.

Inside Crankworx: Sculpting Dirt follows the release of Inside Crankworx: 15 years a Pro, a video feature released last week on the youngest person to win the Official Whip-Off World Championships, 15-year-old Whistler local Finn Iles. The second Crankworx story, Inside Crankworx: The Queen of Crankworx, gave viewers a look at Revelstoke-based pro-rider Casey Brown’s fight to become the Queen of the Crankworx World Tour. It was released Thursday.