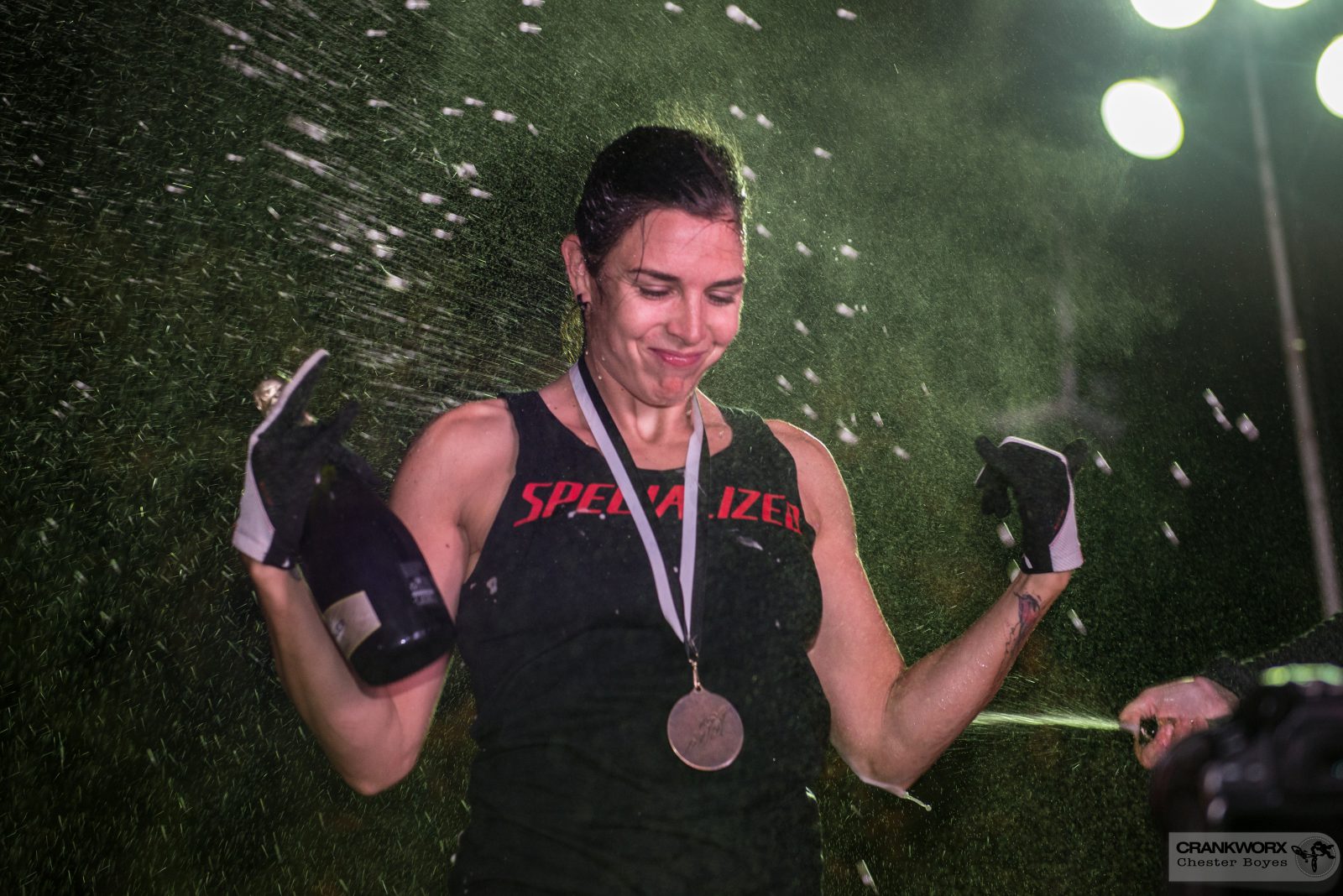 Brett Rheeder goes for the Triple Crown of Slopestyle

July 8, 2015 Whistler, B.C. — As a heatwave rolls through Europe, Crankworx Les 2 Alpes is shaping up to be one hot ticket with the biggest downhill race in its four-year history and heady competition among those vying for King or Queen of the World Tour.

Current frontrunner in the King of the Crankworx World Tour standings, Martin SÖDERSTRÖM (SWE), has announced he is out with a tibia and fibula fracture, pushing athletes like, Bernard KERR (GBR), Brett RHEEDER (CAN), Loic BRUNI (FRA) and Joost WICHMAN (NED) into a battle for the lead.

Sӧderstrӧm is a major contender in the dual speed and style, pump track and slopestyle, and his eight-week hiatus will scramble the Crankworx World Tour leader board, creating plenty of space for a new force on the gravity scene.

Equally intense, the race for the title of Queen of Crankworx will continue this weekend with the deepest women’s field in Les 2 Alpes history as Casey BROWN (CAN), Anne Caroline CHAUSSON (FRA), Rachel ATHERTON (GBR), Tracey HANNAH (AUS), and Cecile RAVANEL (FRA), among others, look to challenge current leader Anneke BEERTEN (NED) at this pivotal point in the season.

“Racing pump track is just something I love to do. It is so much fun and the atmosphere is always good,” says Beerten, adding “… I’m excited to hear Anne Caro is racing, but at the end of the day I just have to put down the fastest lap I can no matter who I am racing against.”

“It’s fast, steep and loose as can be. The DH this year will separate the men from the boys and women from the girls. The heat across France has made the track dusty and loose and the winners won’t be separated by a hundredths of a second. This is a tough track,” said Crankworx General Manager Darren Kinnaird.

But the big story of the French festival is expected to roll out in the Crankworx Les 2 Alpes Slopestyle as Brett RHEEDER (CAN), the current FMB Diamond Series Leader, challenges the Triple Crown of Slopestyle.

“I come into Les 2 Alpes with no expectations. I’m hoping to ride the best I can and let the chips fall where they may,” says Rheeder, a typically understated competitor.

He will be challenged by last year’s Crankworx Les 2 Alpes champion Anthony Messere and slopestyle behemoth Brandon Semenuk, the man with the most Crankworx Slopestyle wins and the reigning FMB World Champion.

“This is the first year of the Triple Crown of Slopestyle and Rheeder stepped up in Rotorua to take the win. He’s proven he will be a force this season with another win two weeks ago at Swatch Prime Line, but it would be a mistake to count out guys like Semenuk, Genon, Rogatkin or Messere. This is always the longest, most technical course of the year and it’s truly anyone’s game,” says Darren Kinnaird, Crankworx World Tour manager.

The Crankworx World Tour will be broadcast live so fans around the world can follow all the action as they did in Rotorua, where webcasts were viewed from Qatar to Mexico, Iran to South Africa.