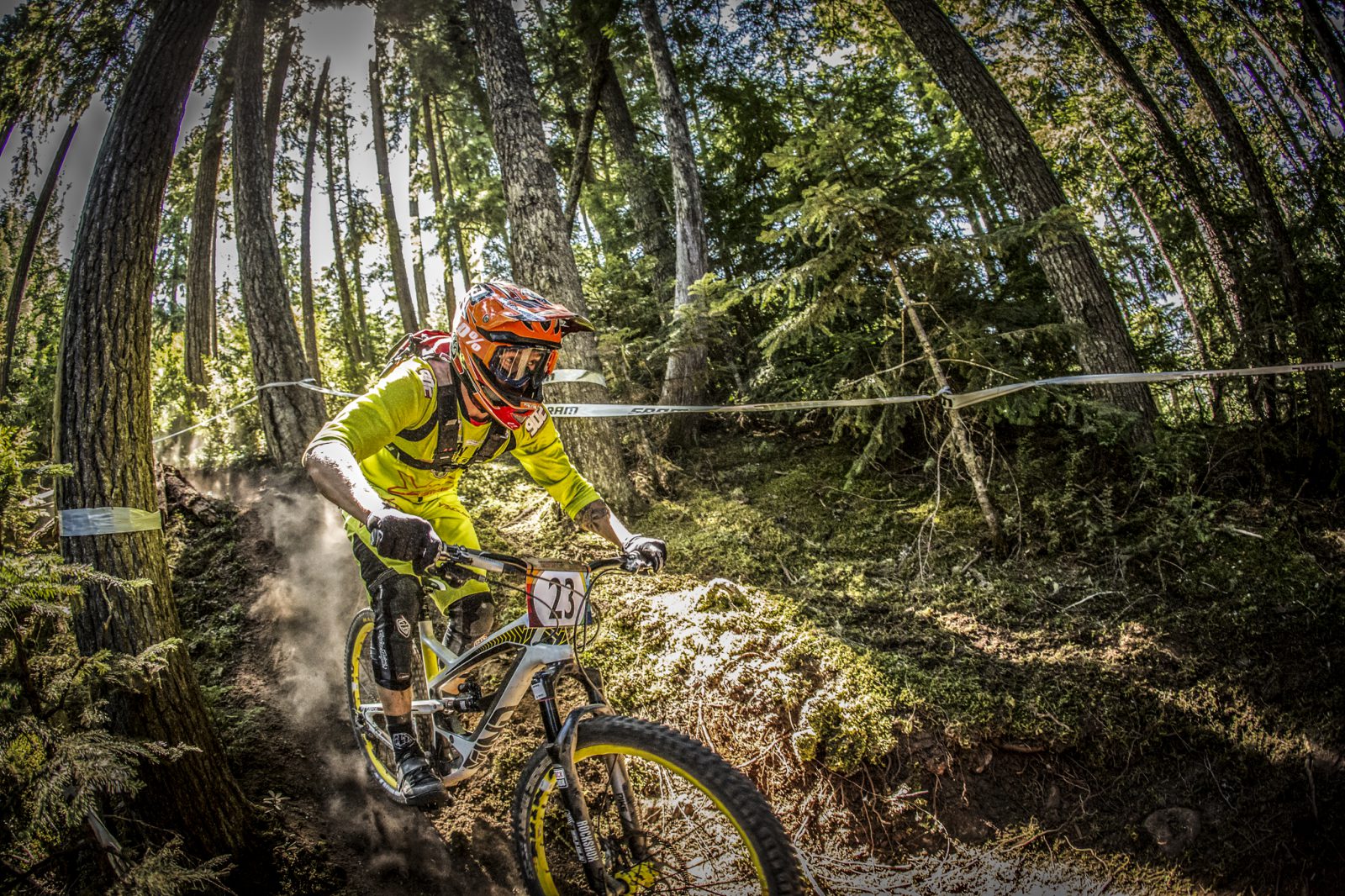 Live coverage, epic alpine and the largest prize purse in the EWS make Whistler THE place to race

WHISTLER, BC Feb. 2, 2015–Registration for the SRAM Canadian Open Enduro presented by Specialized opens 9 a.m. PST Wednesday, February 4 for those ready to crest the “Top of the World” in Whistler.

Riders signing on for 2015 will need all the energy of the Crankworx crowds to take on Whistler’s rooty forest single-track and scree-marred alpine; however, the organizers are prepared to concede it will not be the “Crankzilla” of 2014, as athletes notoriously dubbed this race.

“Certainly, the 2014 enduro found the limits. Maybe we even went too far, but with the world-class riding we have here in Whistler, the raucous crowds of Crankworx, and the biggest prize purse in the Enduro World Series, we do expect racers to earn it,” says Darren Kinnaird, Crankworx World Tour manager. “This isn’t going to be your grandma’s enduro race.”

So far, Crankworx offers the only live broadcast of the EWS and the Whistler event will once again be broadcast, as will the upcoming Giant Toa Enduro in Rotorua.

The EWS has seen exponential growth in its third season with a record number of factory teams signing on and race registrations consistently selling out in under three minutes. All of the top 20 men and top 10 women from last season have registered to ride in Whistler, with the exception of New Zealand’s Rosara Joseph, who will retire from international racing after the Giant Toa Enduro at Crankworx Rotorua in March.

Among those to watch, hometown racer Jesse Melamed, 23, has committed to avenging a mechanical failure. Melamed won one of the Whistler stages in 2014 and appeared in contention to podium when an equipment malfunction sidelined his race. He finished top 25 in the EWS. Two-time defending champ Jared Graves will also return to seek another victory, as will Cecile Ravanel, who brought home her only EWS win on the Whistler course last year.

The SRAM Canadian Open Enduro presented by Specialized runs Sunday, August 9 and marks the sixth stop of the EWS. Sign up will be hosted through the Enduro World Series on Wednesday, February 4 at 9 a.m.

To sign up: www.enduroworldseries.com/registration
Be sure to check the International Time Clock to convert your time zone.

Photo: ow.ly/ImGzU
Cutline: Bryan Regnier, of France, takes on the root riddle Coastal rainforest Whistler is famous for in the 2014 SRAM Canadian Open Enduro presented by Specialized, finishing in 23rd place with the number 23 plate.