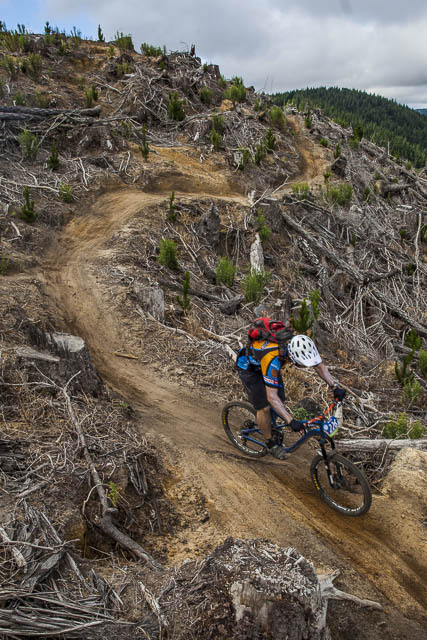 WHISTLER, BC Jan. 19, 2015–Registration for the first two events of the inaugural Crankworx Rotorua opens 9 a.m. NZDT Thursday, January 22 and those lucky enough to secure a spot can expect to ride with the best.

According to the Enduro Mountain Bike Association, interest in the EWS among the factory teams has grown exponentially for this third season of the series with a record number signing on to race.

“This is going to be an epic event, so we want to make sure all athletes competing for an open entry spot are ready when registration opens,” he says.

All of the elite EWS racers from 2014 have registered, including EWS World Champions Jared Graves and Tracy Moseley. Sidelined by injury for most of last season, Jerome Clementz, 2013 EWS champion, is signed up to race, as is Fabien Barel, who returned from breaking his back to win the last round of the 2014 series in Italy.

Several World Cup Downhill racers, who are not regular competitors in the Enduro World Series, are also vying for a podium spot. Sam Hill, Steve Peat, Greg Minnaar, Troy Brosnan, Brook MacDonald, and Sam Blenkinsop have all registered for this first EWS race of 2015.

The window to secure a spot for the Crankworx Rotorua Downhill presented by iXS is not expected to be as tight, but it too will sell out quickly.

“What makes Crankworx special is the opportunity for the amateur athlete to ride on the same track, in the same race, on the same day as the world’s top professionals. We are encouraging those who want to race to register quickly,” says Mutu.

Selection and sign-up for the other four competitive Crankworx Rotorua events also gets underway this week. Those events include the Australasian Whip-off Champs, the Rotorua Pump Track Challenge presented by RockShox, the Dual Speed and Style and the Crankworx Rotorua Slopestyle.

Please note registration will occur on New Zealand Daylight Time (NZTD) and athletes will need to consult the international time clock converter to find appropriate time for their home region. To register for the following events, follow the link:

Rotorua Pump Track Challenge Presented by RockShox: Race March 26. This is an invitational event featuring some of the top World Cup DH and Slopestyle riders. Other professional riders wishing to compete, both male and female, can email athletes@crankworx.com to request an invitation.