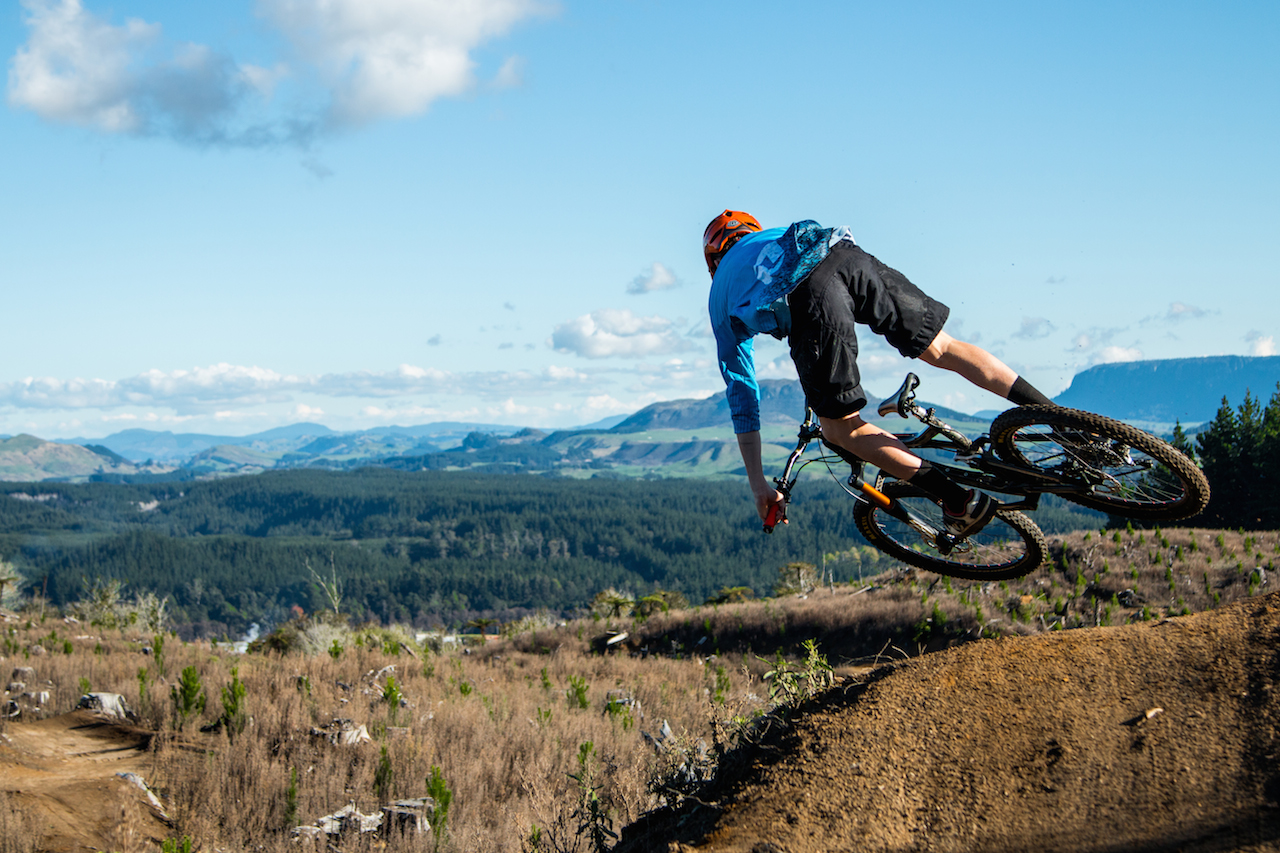 New Zealand will have an even greater contingent of Kiwi mountain bikers on the world stage in next year’s Giant Toa Enduro Rotorua, with the announcement of extra wildcard entries.

Altogether, 34 of the very best Enduro riders from New Zealand are now guaranteed a spot to represent the nation, thanks to an increase in the number of entries awarded by Enduro World Series (EWS).

“It’s important to have a strong New Zealand presence in this race as it’s a sport we want to grow. These wildcard entries will help to propel local riders onto the world circuit, which will be huge for New Zealand mountain biking,” says Neil Gellatly, race manager.

To be held on March 28, 2015, the Giant Toa Enduro Rotorua is round one of the EWS season “as part of Crankworx Rotorua” and will mark the start of the professional mountain bike racing calendar.

According to Gellatly, 15 Kiwi elite racer place holdings were announced in November, and five additional wildcards were expected, but the EWS increased it to 10 to accommodate intense interest.

A panel assisted in rider selection for the remaining spots, which were awarded based on overall event performance, with results at high-profile events among competitive fields receiving higher recognition.

Wildcard entrant Lisa Horlor says it’s great that more top Kiwi riders get an opportunity to be involved and she is proud to be on the list.

“Getting a wildcard entry is also a fantastic training motivator. There are some really good girls out there and tough competition – it drives me to be the best I can be,” says Horlor.

Enduro is the fastest growing competitive mountain biking discipline in the world, so the limited 400 spots are expected to be in demand.

The Enduro World Series uncovers the world’s best trails and unites the world’s best mountain biking communities. In 2015, it is increasing to eight rounds with five new venues and three new countries. The rounds of EWS will visit (in order): New Zealand, Ireland, Scotland, France, America, Canada, Spain, and Italy.

Photo caption: The Giant Toa Enduro Rotorua has announced the wildcard spots that will be given first shot at entry, before general registration opens. Credit: John Colthorpe/Eivomedia

A gathering of the bike-minded, Crankworx Rotorua brings together the world’s downhill, slopestyle and enduro legends, with the Superfans, the rising stars, the industry’s innovators and the next generation of mountain bike riders for five days of contests, concerts, culture and cranking.

March 25 – 29, Rotorua, hosts mountain biking’s defining celebration. Crankworx Rotorua marks the third international event for Crankworx, adding to the current festivals in Whistler and Les 2 Alpes, France. Around 750 riders will take part, of which 80% are likely to be overseas riders from the US, Canada, South America, Europe, Japan and Australia. Nowhere else will you see competitors of this calibre gathered in one place at Skyline Rotorua Mountain Bike Gravity Park. Anointed by dirt, aligned with gravity, powered by passion – Crankworx combines it all.
www.crankworx.com/rotorua or www.facebook.com/crankworx

Adventure, experience, challenge and great riding. Those words sum up what enduro mountain bike racing is all about.

This format replicates what many bike riders do every weekend by allowing the competitor to ride for up to six hours, taking in the local environment at their own pace, whilst only competing against the clock on the best downhills. A combination of all the times over all the Special Stages gives the rider their result. With riders restricted to only one bike and one pair of wheels for the race, unlike the other disciplines of mountain biking, tactics play a major role with physical effort, careful equipment choice and preservation being crucial to success.
Also unique to enduro, and one of the core values of the discipline is accessibility, with amateurs competing on the same Stages as the professionals. This mix of ability and background is unique to the enduro format, allowing normal bike riders to compete against their heroes.
The EWS was formed in 2012 in an effort to unite endure racing worldwide and bring it to the world stage. It was created by Chris Ball (Ex-UCI Technical Delegate), Darren Kinnaird (Crankworx Events Manager), Fred Glo (French Enduro Series Founder) and Enrico Guala (European Super Enduro founder). Enduro racing is the fastest growing competitive discipline of mountain biking in the world.
www.enduroworldseries.com or www.facebook.com/EnduroWorldSeries