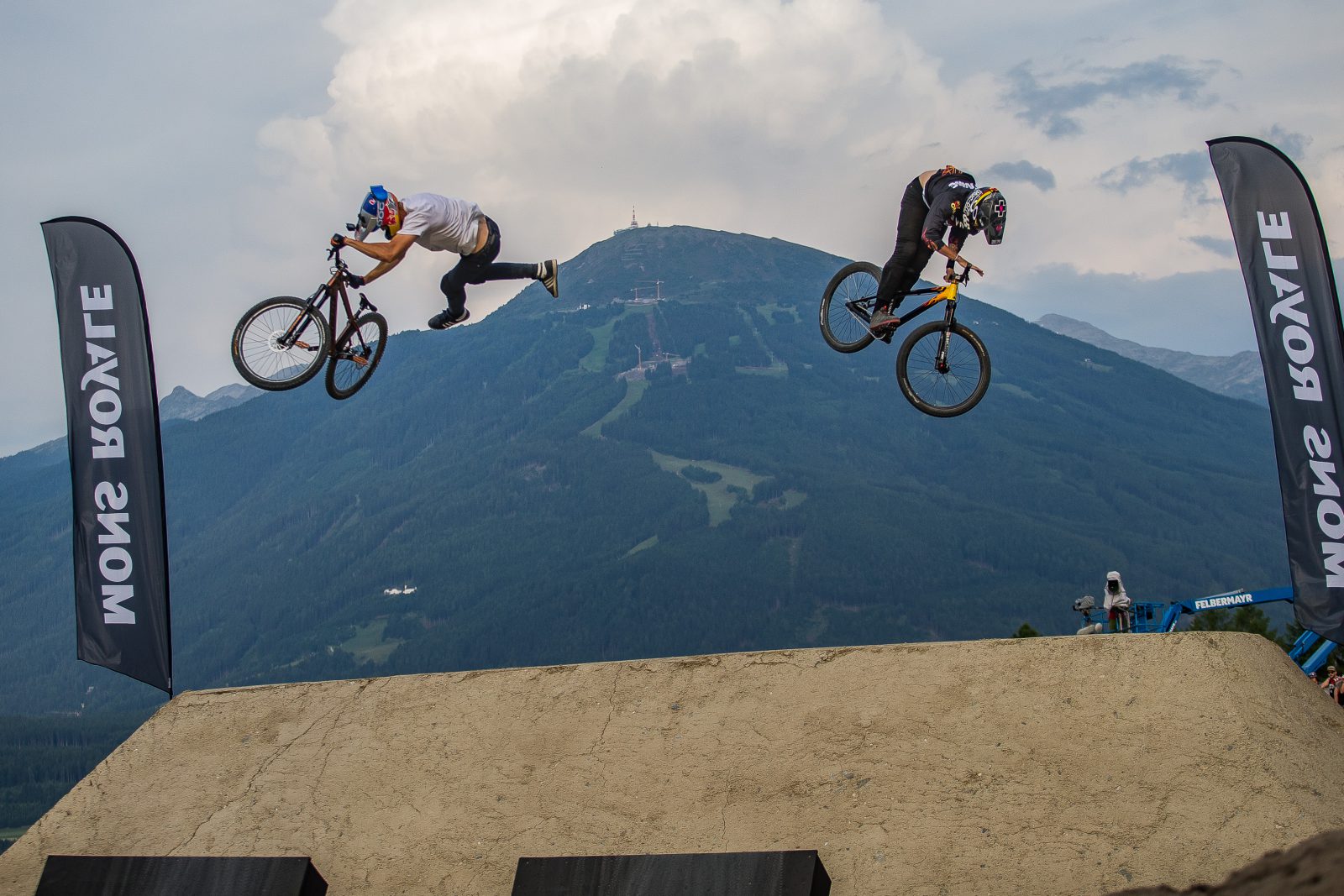 Without doubt Lemoine’s 360, double barspin to Xup off the top, and flip double barspin on the final jump, brought home the win for the young Slopestyle specialist, who made his first climb to the top of the podium in the sport.

But having just claimed third place in Les Gets, and placing second just one week later, Söderström, “one of the best freestyle guys ever,” as Lemoine put it, was elated and telling reporters his eyes are set squarely on Crankworx Whistler.

“It was good. I had a smile on my face the whole time and, hopefully, next Crankworx, I’m going to be first,” he said.

Standing six-foot, five inches tall, with character just as big, Söderström has left his mark on the Crankworx scene as one of the faster Slopestyle riders in the business. He won this discipline at Crankworx Rotorua, as the World Tour launched the discipline as a season-long series, but subsequently struggled with injury, on and off, and is just returning, once again, from recovery row.

Lemoine, by contrast, is part of a mass influx of slopestyle riders who have both set the degree of difficulty much higher this year over last, and challenged those in the racer scene to both join the fold, and throw in some tricks, in effort to try and beat them.

“I think it’s like a big battle with everyone because we see the level of ticks going higher and everyone is going faster and faster,” said Lemoine, who only narrowly edged out Söderström

The constant progression has meant pump track, Slalom and ex-BMX speed demon Barry Nobles (USA) is now pushing himself to learn tricks—like the 360 tail-whip he threw down mid-competition, a trick announcers figured he only had a 20 percent chance of landing. In a similar vein, 23-year-old racer Austin Warren, who only learned to backflip two weeks ago, was able to come in and topple the reigning master of the sport, Jakub Vencl (CZE), who fell early on, in the Round of 16, despite leading the series with wins in Rotorua and Les Gets.

Overall, as the youngest sport on the Crankworx circuit, it is now arguable the most dynamic, as ex-racers and current racers start mastering the tricks and ex-Slopestyle stars start pushing into racing.

For third place finisher, Sam Reynolds, who opted not to renew his FMB licence this year, after six or seven years in the game, it is a route back to the podium to keep the party rolling.

“I kind of just came out to hang out and thought at the last minute I would ride some speed and style, and it really paid off,” he said.