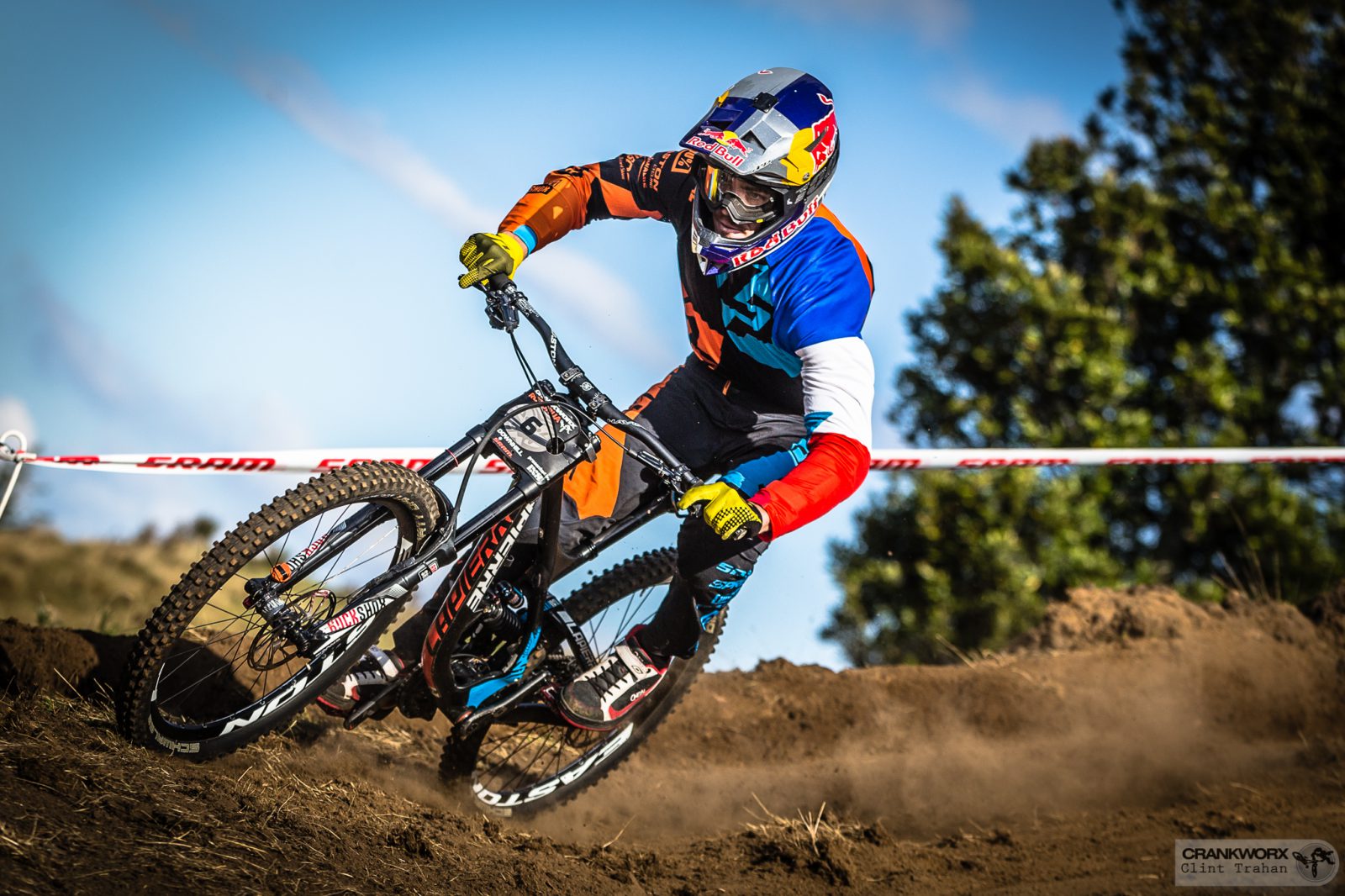 As France gets set to take on the world in Les 2 Alpes, Crankworx highlights riders to follow

June 30, 2015 Whistler, BC — The first team captain for the Crankworx Les 2 Alpes France vs. The World has selected his team.

After being named the French team captain by the Crankworx World Tour, top downhill mountain biker Loic Bruni is set to take on the world with nine of his fellow countrymen and women.

“This is the fourth year Crankworx has been in Les 2 Alpes and we can see mountain biking is really taking off in the country. It is the centre of the cycling universe, as the home of the Tour de France, and the French Alpes are a Mecca for trail running. Coming to L2A year after year, and watching the events unfold in Rotorua, however, we’re quickly learning the French are pretty dominant trail riders, as well, and Loic is the epitome of this edge,” says Darren Kinnaird, Crankworx World Tour general manager.

Currently out front in the Crankworx DH Championships, Bruni’s win in the Crankworx Rotorua Downhill presented by iXS foreshadowed a strong season for the 21-year-old, who is climbing the ranks of the UCI World Cup circuit, presently in fifth spot. The son of one of the discipline’s pioneers, Jean-Pierre Bruni, his personal success and lineage leave him uniquely qualified to lead the charge to a new frontier for French mountain biking and he is taking the challenge in stride.

“Today it is obvious that Frenchies have their place in the top guns of downhill, enduro and more. We have a cool génération and I think we are all talented. The only thing we miss to be the best is working harder,” he says.

The premise of France vs. The World is simple. Bruni has assembled a team of French athletes he believes will earn the most points, with points assigned on the same basis as the Crankworx World Tour rankings. Picking a French male and a female rider for every race possible in Les 2 Alpes—the Official European Whip-Off Championships (no female French athlete registered), D.S.&S. (no female category), Crankworx Les 2 Alpes Slopestyle (no female category) and Crankworx Les 2 Alpes Downhill presented by iXS—his task is to rack up more points than the team representing the rest of the world.

Bruni is placing his bet on Myriam Nicole as a fellow representative of downhill. Recovering from a broken collarbone, she is set to add her points to the team’s total as soon as her body is ready. Nicole is the reigning Les 2 Alpes DH champion and French national DH champion, and well familiar with the comeback climb, having broken the same bone in Whistler three years ago. Bruni has given her, and his entire team, a resounding vote of confidence, saying he knows they are primed for a great battle.

“I’m totally trusting this French team on every single event of Crankworx. We are all ready for it and we’ll be defending our colours on home soil. We’ll be hard to beat,” he says.

The team also includes Giant Toa Enduro Champion Anne-Caroline Chausson, the first Olympic BMX Champion, who will serve as the female pump track competitor, along with Koko Percier, who came out of nowhere to make the semi-finals in the Les 2 Alpes Pump Track Challenge presented by RockShox last year.

Percier bumps out the obvious selection for the discipline, Adrien Loron, who Bruni saved for his D.S.& S. pick. His other D.S.&S. pick is Tomas Lemoine, who has podiumed in the Les 2 Alpes D.S.&S. twice.

The selections leave the other two French Slopestyle athletes competing, Louis Reboul and Antoine Bizet, to round out the gravity component of his team. Reboul place 10th in the Crankworx Rotorua Slopestyle and is ranked 10th in the FMB World Tour standings, while Bizet secured 12th spot in Rotorua and is currently ranked 14th in the FMB.

His final pick, downhill racer Rémi Thirion, will represent the French in the Official European Whip-Off Championships. The second best French downhiller, after Bruni himself, Thirion knows how to work a jump and a bump and is expected to entertain the crowds with some epic sideways steeze.

France vs. The World is purely for the entertainment of mountain biking fans and athletes. There is no official title or prize money associated with the challenge.


VIP packages to catch all the Crankworx Les 2 Alpes action are still available. Priced from 110€ per person, a three-day VIP access gets fans a front-row seat to watch in style, enjoying drinks and appies, three nights of accommodation and a three-day pass for mountain biking.