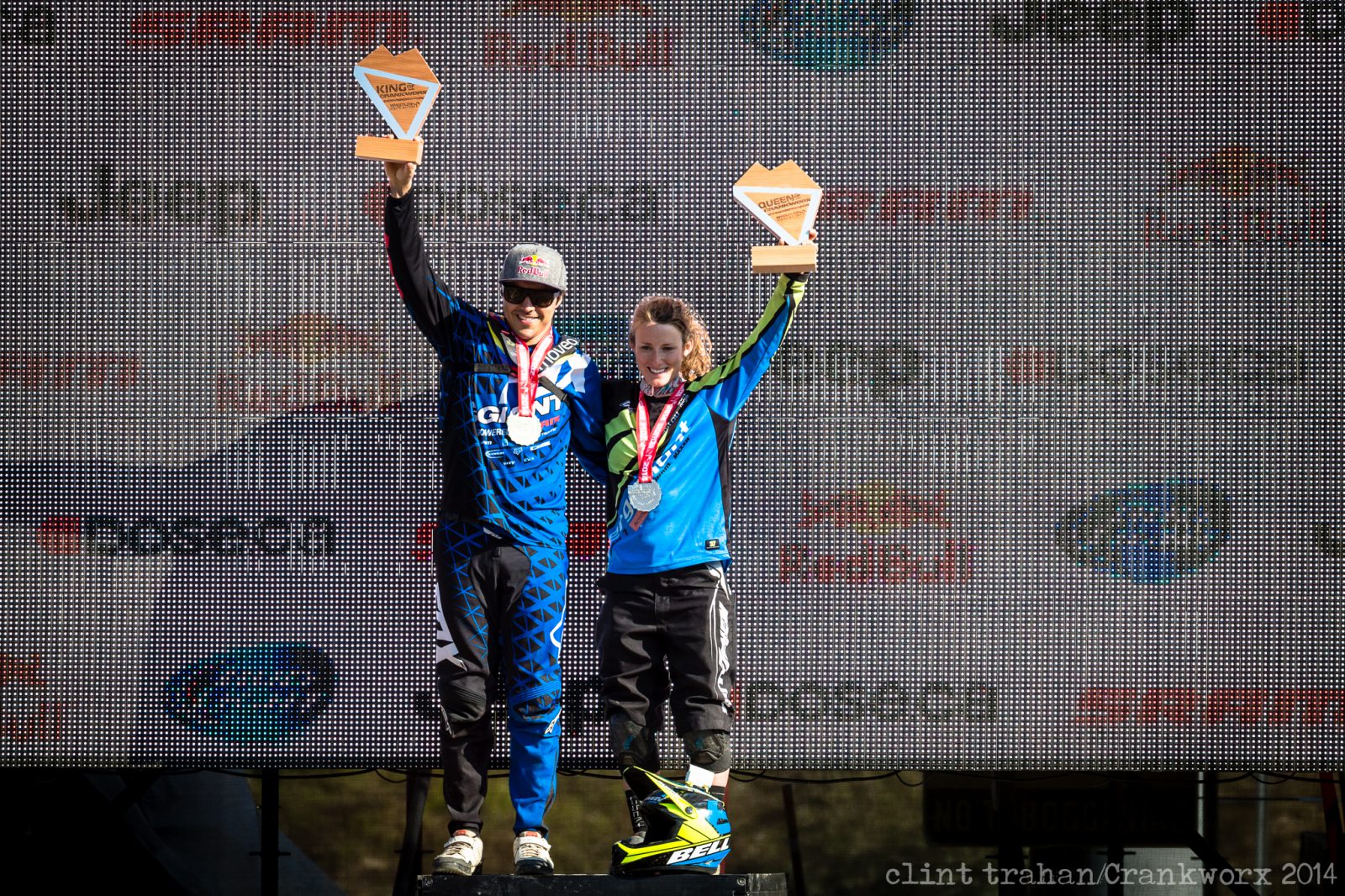 WHISTLER, BC August 17, 2014 – Focus and commitment – these were the things that pushed Marcelo Gutierrez Villegas (COL) across the line in the fastest time today in the Canadian Open DH at Crankworx Whistler. His time of 2:50:92 bested the roster of top Pro Men earning him first place in the final race of the mountain bike festival for 2014 and a cheque for $10,000, the largest prize in downhill mountain biking.

“I had an awesome time on my bike,” said Gutierrez, who added that he felt dialed during his race and in-tune with the course. “Even Heckler’s Rock – I didn’t listen to those rowdy guys. I guess I was just going for it. I felt super concentrated and just wanted to do my best.”

This spirit seems to have been with Gutierrez through most of Crankworx this year – he snagged top spot in the Garbanzo DH earlier in the week. He says the key to his success is all about commitment and the drive to do one’s best.

“I was trying hard every single night – going to bed early, eating properly, trying to not drink,” said Gutierrez. “In the end it paid off. I was focused on my training. That’s the key – stay focused and ride your bike as good as you can and do what you have to do to win races.”

Today’s first place finish, combined with his other top result, earned him the title of King of Crankworx for 2014.

“I can’t believe I did it,” he said. “I’m super stoked to be the King of Crankworx for the first time. I got two first places so I’m super happy. I can’t wait to come back next year.”

Coming in second behind the King was Danny Hart (GBR) who crossed the finish line in 2:51:63, with Connor Fearon (AUS) taking the third step on the podium with a time of 2:51:97.

Before the men’s race, some of the fastest women in the world took to the trail to race for the final piece of downhill glory for 2014. Taking the last run of the day, Tracey Hannah (AUS) also had the fastest, clocking in at 3:18:96.

“I was just trying to keep my run smooth but I felt like I was too slow,” said Hannah. “I pushed it a little bit at the bottom and took the win…just.”

Coming in close behind her was Casey Brown (CAN) with a time of 3:19:59, who said her run for the podium was action-packed.

“It was crazy! I thought I was going to die at one point,” Brown said, laughing. “I held it together somehow. I don’t know how it happened. I got lucky.”

Her second place finish helped push her to the top in another race – along with Gutierrez, Brown now becomes Crankworx royalty.

“Definitely wasn’t expecting that,” said the new Queen. “Crankworx is always a challenge because there’s always so much going on. It’s a fine balance but I think I somewhat nailed it this time.”

Third place in today’s Pro Women race went to Claire Buchar (CAN) who crossed the line at 3:21:27.

Today’s action wraps up another year of Crankworx Whistler, one that many will look back on as the best year yet. Thankfully mountain biking fans won’t have too long to wait til their next dose of Crankworx – yesterday’s announcement of the addition of Crankworx Rotorua to mountain biking’s festival roster means the 2015 season will kick off down under from March 25 to 29 in New Zealand.

For more information about all Crankworx Whistler events, visit www.crankworx.com