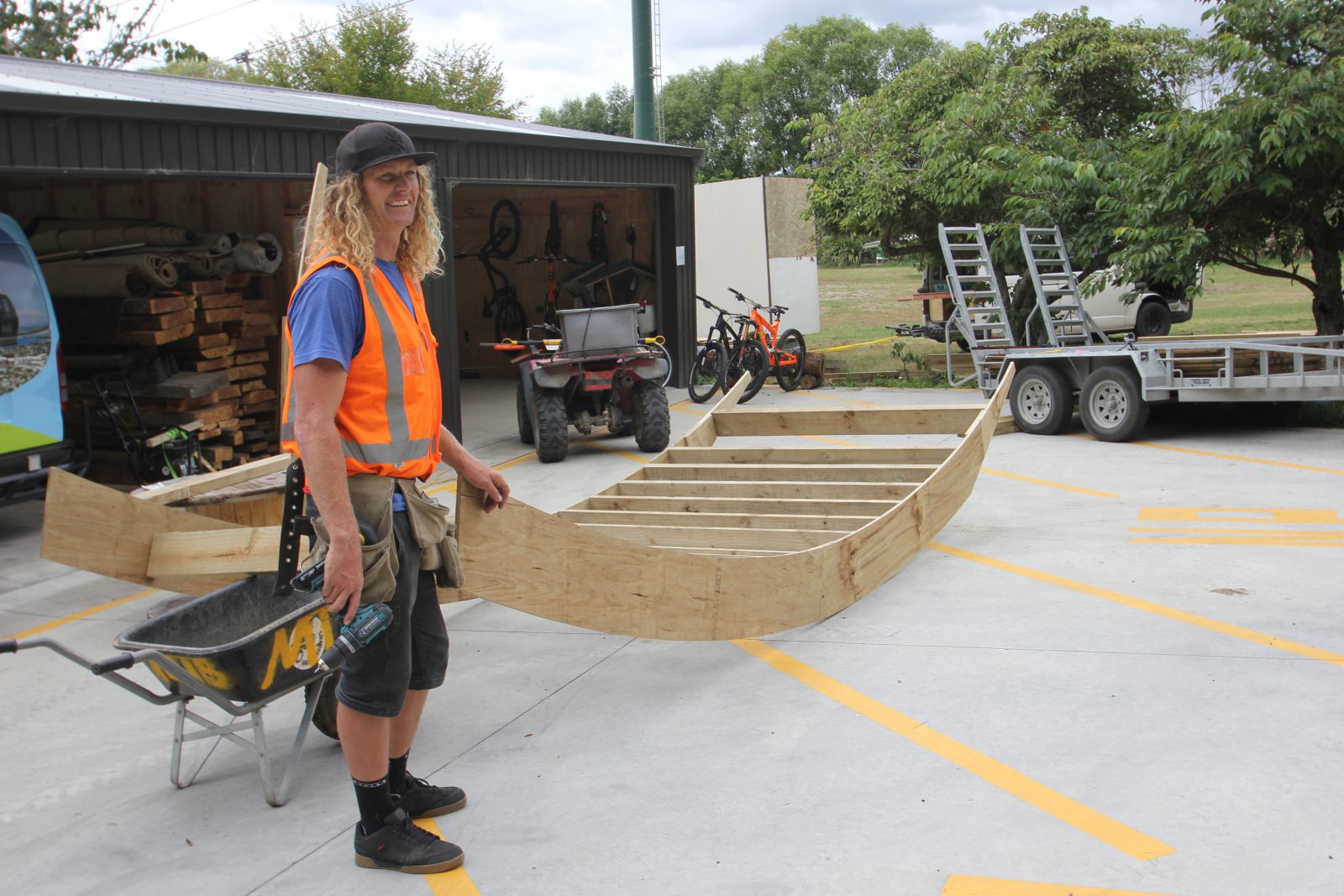 In addition to a successful career as a star athlete on the freeride mountain bike scene, McGarry and his business partner, trail builder Tom Hey, operate Elevate Trail Building, and are fast developing a reputation as world class trail-building aficionados.

The pair have designed and built courses for the Colorado Freeride Festival and Teva Slopestyle in Queenstown and have accepted the challenge to turn the Crankworx Rotorua slopestyle course into a legendary event.

“There couldn’t be a better team to tackle the task of building Oceania’s first permanent slopestyle course and turning the Rotorua dirt into trail gold,” says Takurua Mutu, Crankworx director. “Hey has built trails for over a decade, and McGarry is an international slopestyle star who was previously a carpenter and as a result has developed his own formula for designing world class competition trails.”

The course will take athletes approximately 1:30 minutes to traverse, and the lip drops, right and left-hand hip-jumps, epic step-ups and cannon logs they’re working into the natural contours of Mt. Ngongotaha should make for a flowy ride, primed for the monster aeronautics that make slopestyle the Crankworx marquee event.

McGarry says he’s learnt a lot about Slopestyle courses having travelled around the world competing for the last 10 years.

If there’s one feature unique to the Skyline Rotorua Gravity Park, it’s the dirt. Rotorua’s volcanic soil is one third air, one third rock and one third water, meaning it drains well for a clean-riding trail. The frequent rainfall in Rotorua, and forest canopy, also ensure enough moisture stays in the soil to save competitors storming a 25-foot drop from suffering through a dust bowl.

There will also be a Bikes and Beats Music Festival, featuring New Zealand’s top artists, and a Kidsworx event to get families involved. Stay tuned for details at crankworx.com

To get your tickets, visit Ticketmaster: ow.ly/Ing2n