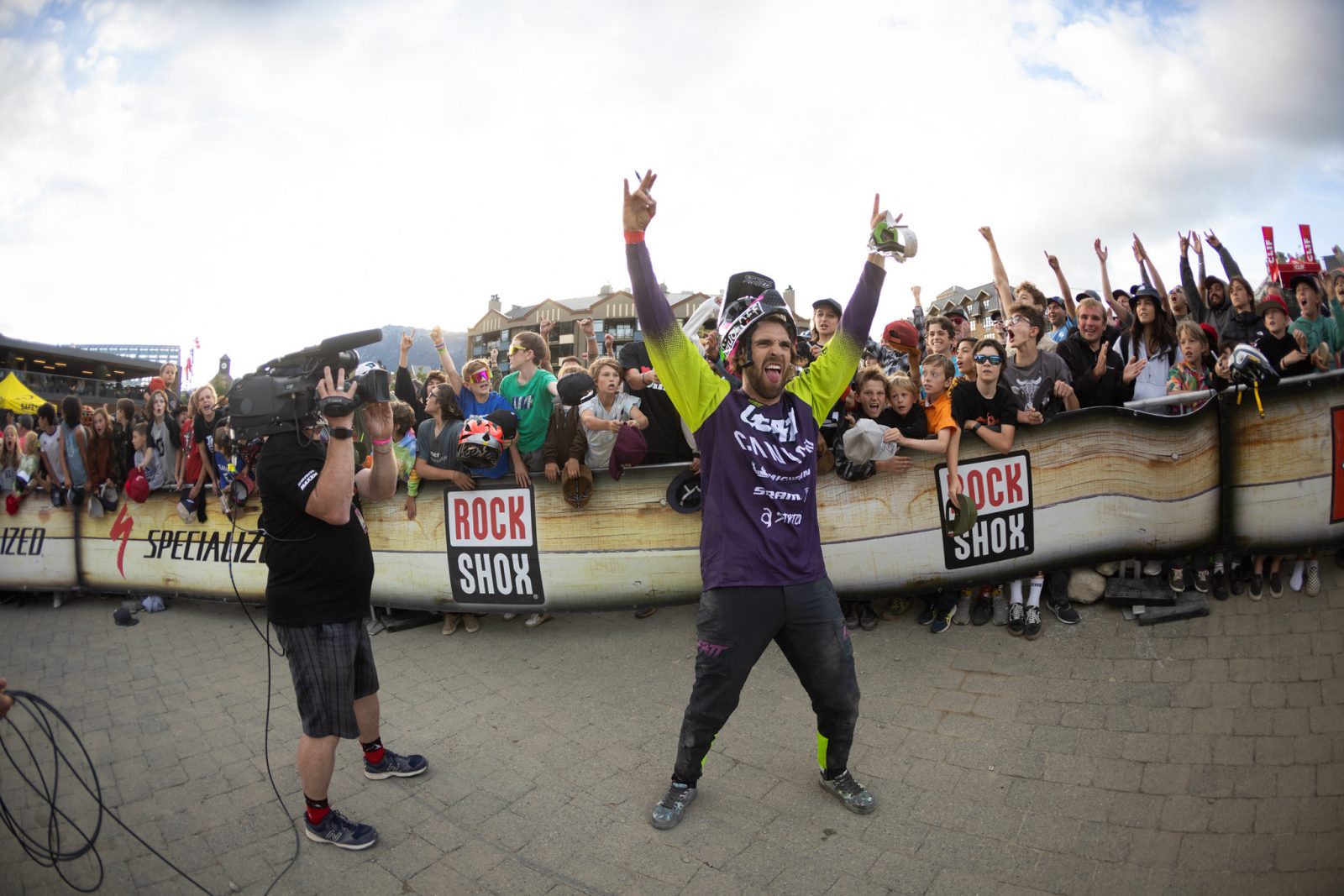 Is this the Best Moment of the 2022 Crankworx World Tour?

When Tomas Lemoine hucked the final feature of the Red Bull Joyride course during Crankworx Whistler, a crowd of nearly 40,000 fell silent in disbelief… and then a roar erupted so loud that smartphones sent decibel level warnings. In other words this may have been the best moment of the 2022 Crankworx World Tour. Here’s a little refresher on the moment we’re talking about.

Walking away with more than the Red Bull Joyride bronze medal, the French rider deemed the day “the best ever,” and Crankworx Whistler “probably the best trip of [his] life.” At a loss for words at the time, we returned to the now infamous moment with Lemoine to get his full perspective.

“I feel like I’m riding mostly to see this week every year,” the SRAM rider said of returning to Whistler Mountain Bike Park for the first time in over two years. Having missed the event deeply, he knew he wanted to do something big with the opportunity to once again ride the Red Bull Joyride course. “There were a lot of questions in my head about how could I make all my plans work. A bit of fear when I had to try and estimate my speed for the last send, so I took a lot of time thinking about it to be honest, but I was just so excited to see all these people going up the hill to watch and support us. Whistler has always been my biggest adrenaline rush contest.”

This wasn’t the first time Lemoine thought of a trick like this though, nor was it a rushed decision. “It’s been in my mind for a long time. I was waiting for a day I could just pedal and jump a full feature. It started in Rotorua, New Zealand in a much much smaller way, so I felt like I needed to feel a bigger one.” He certainly found a bigger feature to trick, one which made the crowd in the boneyard absolutely lose it. “I was insanely stoked. I can’t really describe how it felt after crashing on it in practices, and then just landing it. Seeing everyone going crazy got me so hyped, I just wanted to go again and jump again.”

It became quite the viral moment in the mountain biking and sporting communities, with millions of views across social media. While he was focused on making the jump “for [his] own experience of life … [he] couldn’t believe how stoked everyone was and felt so thankful to live the moment with everyone.” The French rider continued to reminisce about the trip of a lifetime. “It still is the best trip of my life. The vibe was just insane and I had some of my best friends with me. Tim bringer, my best friend, on the podium with me… Such a good vibe with riding a bit of everything, cruising around Whistler, and partying with people with the same passion is such a good feeling.”

So the question remains… Is this the best moment of the 2022 Crankworx World Tour? We’ll let you decide.

After such a jaw-dropping moment, what will 2023 hold for Tomas Lemoine? “I’m just excited for any biking experience; every single bike trip in general I’m trying to leave the pressure aside and just enjoy and be myself doing what I love!” He may also be looking put on a few more rap shows after reflecting on the moment he was on stage performing at Garfinkel’s Whistler. “It was intense – thanks to everyone that came to vibe, I hope we’ll throw more.”