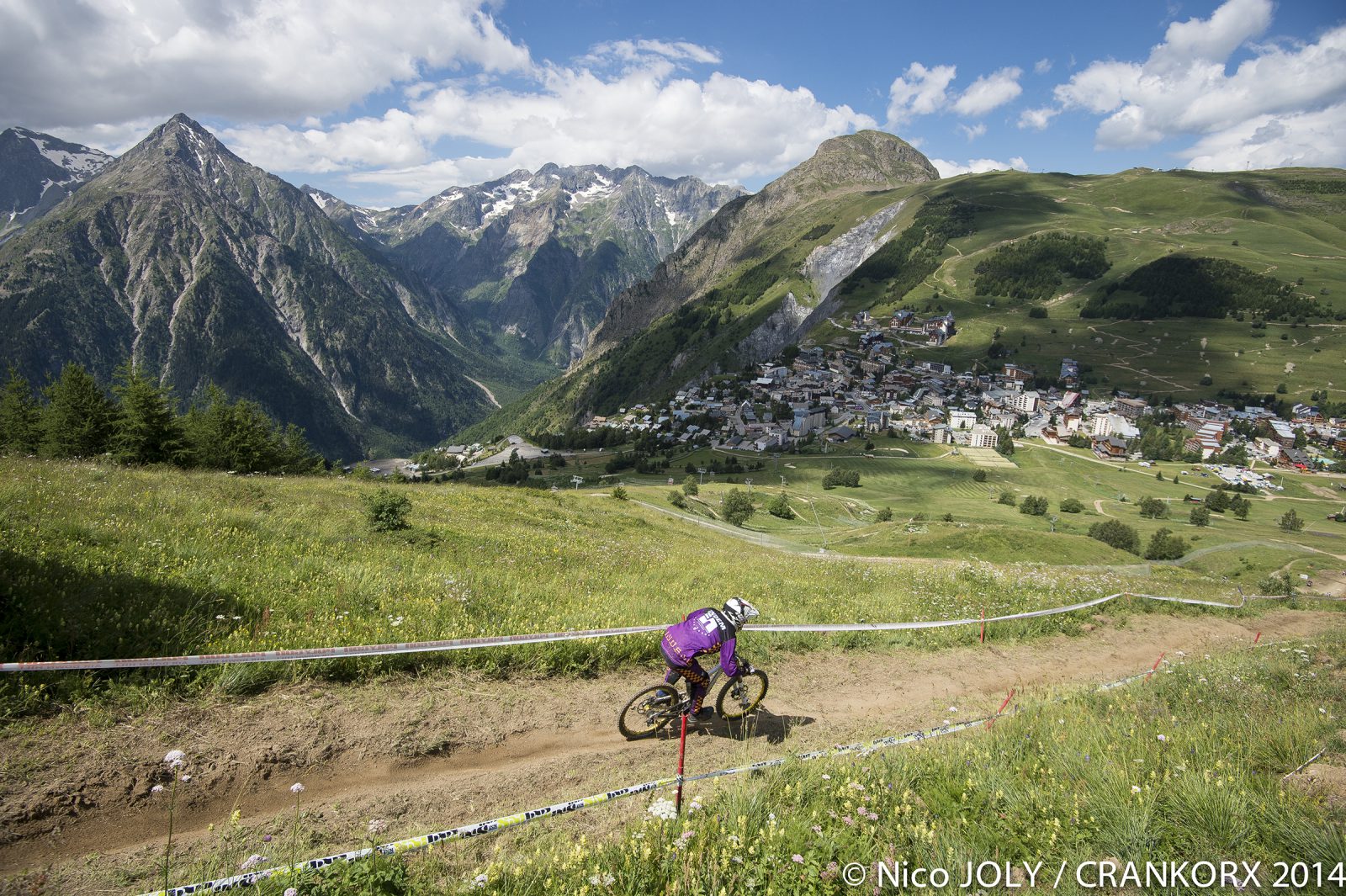 IS FRANCE THE TRUE CENTRE OF THE CYCLING UNIVERSE?

June 10, 2015 Whistler, BC — With the first stop of the Crankworx World Tour suggesting France is poised to dominate gravity mountain biking, Crankworx Les 2 Alpes poses a question: Can France truly it say rules the cycling world?

Come Crankworx Les 2 Alpes, July 9-12, fans will be able to follow a fantasy-style competition, pitting a team of French athletes against a team of gravity mountain biking pros from all over the world, with an eye to flushing out whether the French are as big a force on trails as they are on cobblestone.

“France has long been the centre of road cycling, but its riders are clearly starting to pick up speed off-road as well, and their strong showing in Rotorua planted a seed. We believe Crankworx Les 2 Alpes could determine whether France is truly the global centre of cycling, so we set a friendly competition to find out,” says Darren Kinnaird, Crankworx World Tour General Manager.

The rules of play are simple. Crankworx has appointed two captains, Crankworx Rotorua Downhill champion Loic Bruni and prospective Queen of the Crankworx World Tour Anneke Beerten, to select teams of 10 riders each. Bruni’s team will represent France, while Beerten pulls together the strongest gravity mountain bikers in the world to represent the rest of the planet.

Using the same point system as the World Tour’s new King and Queen ranking, the teams will then begin accumulating points with an eye to world domination. The team with the highest point total wins. And with the riders all stoked to shred three new courses in the French resort come July, this summer should find cycling fans locked into one serious showdown in the Alps.

The Slopestyle course retains the two whale tails onsite, but otherwise sees every feature on the hill fully reshaped or rebuilt. The Pump Track now pits rider against rider for the entire course, catering straight to the fan experience, and the D. S. & S. tracks see the two lines cross over one another, with one rider jumping one way and the other jumping over top for the kind of fast and steezy riding that has kept gravity addicts transfixed by the three year old sport.

“Our goal was to have something really nice and flowy, with a mix of banger features and technical stuff,” says Dropsy, noting he’s proud to say it will be a “super clean” ride for the athletes.

“When we looked at our viewership and readership numbers after Rotorua, the commitment of French fans really shone, and with France consistently among the top ten, and often top five, countries watching as events unfolded, it was worth investing in the site, in upping the ante,” said Darren Kinnaird, General Manager of the Crankworx World Tour.

Over the course of the four years since Crankworx arrived in France, the profile of mountain biking has become more prominent. It is expected Bruni, in particular, will have plenty of support on the sidelines as he goes for his second Crankworx DH Championship win in the Crankworx Les 2 Alpes DH presented by iXS – European Downhill Cup. Bruni is currently locked in a four-way tie for fourth spot in the King of the Crankworx World Tour standings, but poised for the DH Series win.

And on the women’s course, European mountain biking fans will be glued to British sports idol Rachel Atherton, as she tries to add another notch to her belt in the chase for the women’s first Crankworx DH Championship victory and its accompanying $10,000 prize pot.

VIP packages to catch all the action are still available. Priced from 110€ per person, a three-day VIP access gets fans a front-row seat to watch in style, enjoying drinks and appies, three nights of accommodation and a three-day pass for mountain biking.